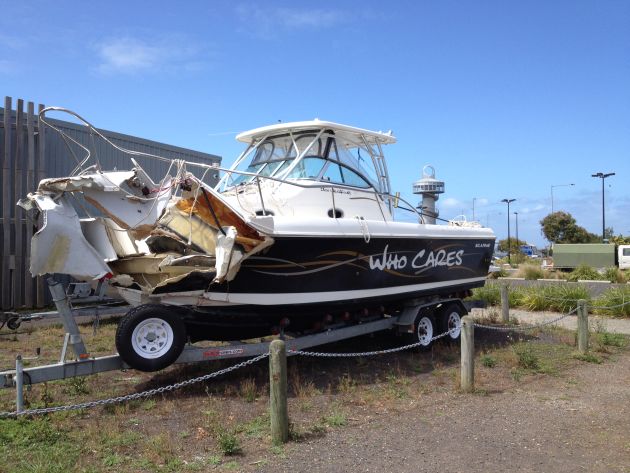 Long-time readers of Mysailing know that, like most yachties, I have a strong hatred of “stink boats” – those noisy, smelly monsters that rush past anchored yachts at warp speed, with the occupants either unaware of or laughing at the wake they create and the havoc it causes.

But every so often we yachties get the last laugh. Reader Tom HInton sent me this picture which he took in February 2016 at Queenscliff, Port Phillip. Locals told him the collision happened at about 3am and the occupants of the powerboat were assisted by the crew of a fishing vessel.

While I'm obviously sorry that people were hurt, I share Tom's appreciation of the irony in the name…