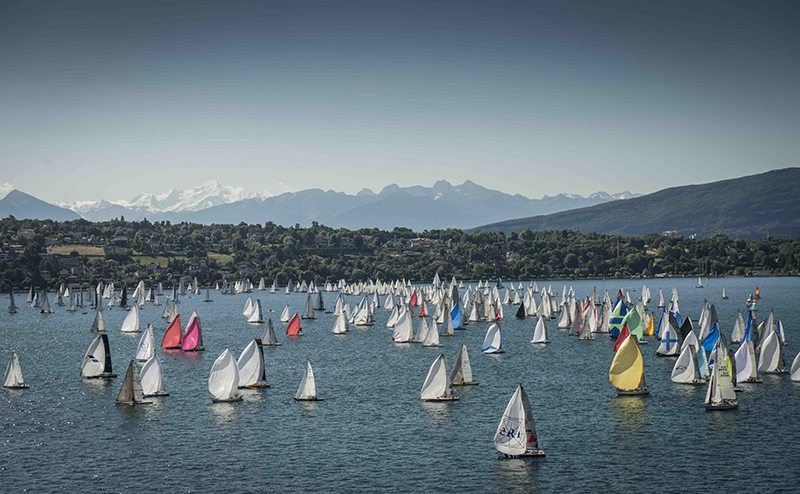 Six weeks from the 2017 Bol d'Or Mirabaud, which will take place June 16-18 at the Société Nautique de Genève, the organizing Committee is pleased to announce the following new features for the 2017 edition. The 79th edition should welcome numerous foreign crews, a new partner and a prestigious ambassador. Media coverage and social networks will be more dynamic than ever, allowing the public to follow the 500 boats expected to take the start on Saturday, June 17.

The 79th edition of the Bol d'Or Mirabaud was officially launched today during a press conference.

Continuing with its goal of internationalising the regatta, numerous foreign crews are expected on the starting line Saturday, June 17 at 10:00. Among them, American Lloyd Thornburg will be at the helm of Team Tilt’s old Decision 35, with his Phaedo ocean crew.

Friday afternoon’s friendly race has been adapted to the occasion: it will be run in Diam 24s following stadium racing format, crewed by members of the SNG’s affiliated and reciprocal clubs.

Twelfth in the 2016-2017 Vendée Globe, Genevan sailor Alan Roura will honor us by being the event’s ambassador. He will participate in the race from within, sailing aboard a Diam 24.

The race can be followed live thanks to video on our website, YouTube and on Léman Bleu. Cameras mounted aboard chase boats will enable experiencing the BOM as if your are in it. The public will also be able follow the race on BOM social networks (Facebook, Instagram, Twitter and Snapchat) using #BOM17.

Organized by the Société Nautique de Genève, the Bol d'Or Mirabaud will once again fly the colors of its primary sponsor, the Mirabaud Group, which renewed its support for another four years. Watchmaker Hublot also renewed its partnership. New for this year, the ICRC will join the event as benevolent partner, and the CGN will allow the public to watch the race from its boats, with preferential prices. A success in 2016, Les Voiles will continue to welcome spectators to its prime viewing location reserved for the Bol d'Or Mirabaud.

Finally, like each year, the SNG will be open to the public during the entire event weekend; we hope many of you will come support the 500 boats expected this year.