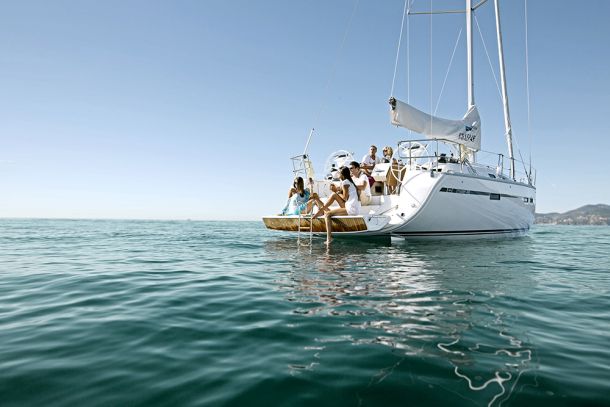 Bavaria received good news during the Boot Düsseldorf 2015, its Cruiser 46 won 'European yacht of the year' award for sailing yachts.

On the first Saturday of the boat show in Düsseldorf, the Cruider 46 won the award up against a total of 25 yachts nominated in five categories. All boats were tested by a jury of twelve chief editors of leading European magazines, before ultimately crowning the winner.

The Cruiser 46 received its award as part of the cruiser line from Bavaria. One member of the jury said in her speech: “in a highly competitive class the Cruiser 46 won in the end against many strong candidates because it is the boat with the highest solidity and robustness. She sails very well balanced with lots of space and sets new standards in workmanship and features. Much respect!”

“Winning the 'European yacht of the year' award is something all employees and our global network of Bavarai partners are really proud.  It is the reward for all the hard work and commitment invested by Bavaria, and from our dealer network in recent years, in continuous improvement of our products, and it is great motivation for us to continue on our path,” Constantin von Bülow said after the ceremony.

The Bavaria information system (BAVIS) is a new service for owners and charter customers. Without reading long manuals Bavaria+ gives information on the function of the windlass for example or the explanation for the switch panel in a video. The Bavaria + package also includes the service history of the yacht and additional equipment and spare parts can be easily ordered by the customer through this new system.

“Bavaria + is a real added value that we want to create for our customers. Many of our owners have such precious little free time on their Bavaria, they should be able to focus on enjoyment, and easily find all information about their boat, which is now possible with Bavaria+,” says Meik Lessig, Head of Sales and After Sales, who introduced the Bavaria + system with his team.

Additionally, the introduction of the Nautitech Open catamaran attracted attention of visitors. “It's the first time that Bavaria in hall 16 has exhibited this catamaran together with the Cruiser and Visio range on one stand and we are delighted that the Nautitech Open 40 by Bavaria Catamarans is being so well received by the audience in Düsseldorf,” explains Daniel Kohl, head of product development for Bavaria, including its new catamaran line.

Ensign Ship Brokers is the Australian Dealer for Bavaria and Nautitech.