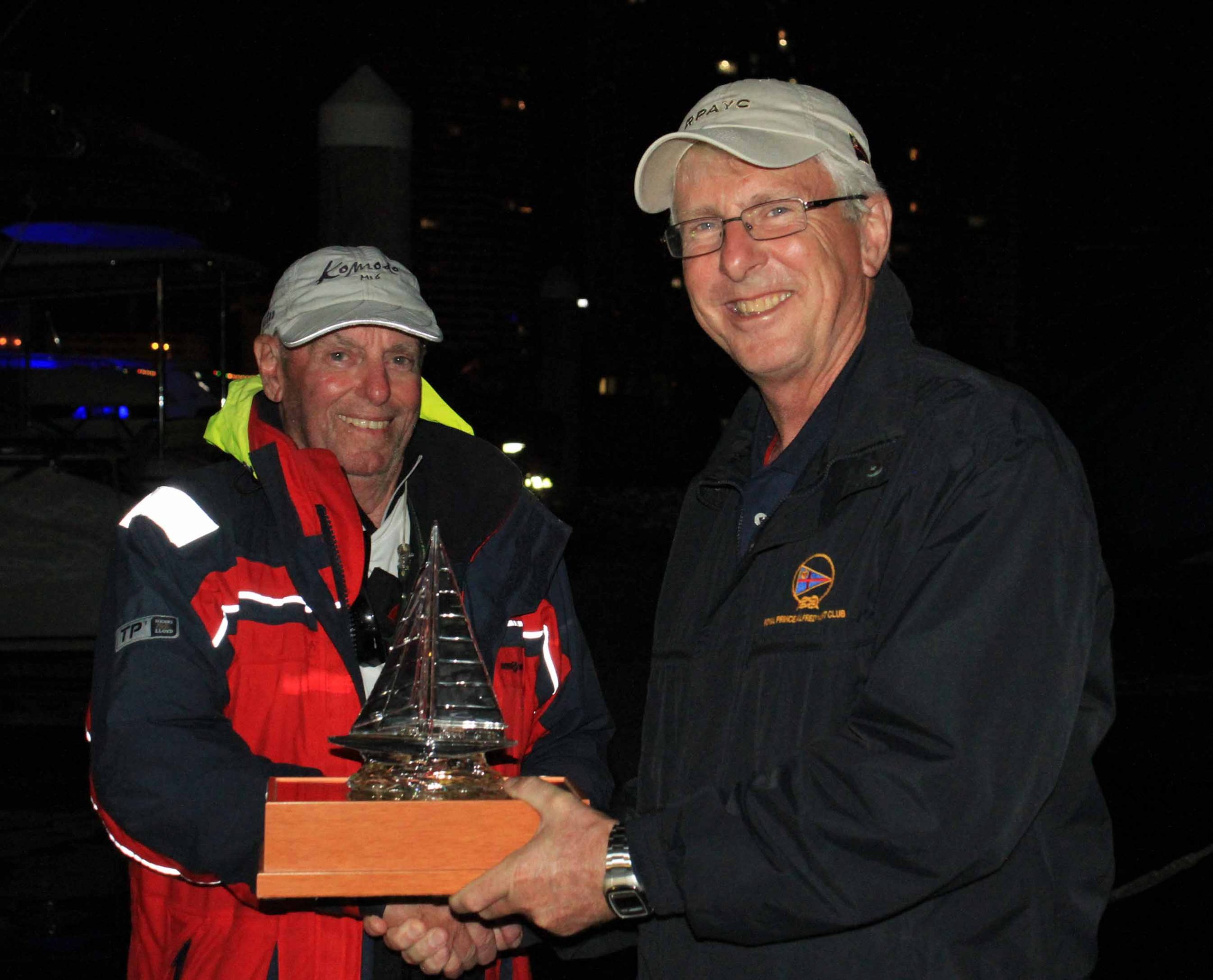 Doug Coulter’s Shakti from the Lake Macquarie Yacht Club steamed their way up the New South Wales coast to set the record for the Royal Prince Alfred Yacht Club’s first ever Club Marine Pittwater to Southport Yacht Race with an official finish time of 0201 EDT on January 4, 2017 gave them an elapsed time of 36hrs, 46mins 07 seconds.

With winds going a little beyond the predicted strength Coulter was very happy with the 46-footer’s performance in the south to southeast breeze reaching top speeds of 23 knots and averaging 18 to 16 knots.

“We reached a top speed of around 23 knots but averaged around 18 – 16 knots most of the way up the coast.” Coulter said.

“The breeze was a little stronger than we expected which got us here pretty quickly” said the skipper early this morning, adding, “in some spots the gusts reached 30 knots.”

Coulter wasn’t too fazed when asked about setting the record but glad that all the preparation paid off with a great team effort and result given it was the boat’s first race to Southport.

Now the wait begins for the team to see if the gap of the rest of the finishing fleet is wide enough for them to maintain their IRC and ORC overall handicap lead. The outcome is one they have no control over as it depends how fast it takes to complete the 370 nautical mile ocean race that began on Monday at 1pm from Broken Bay.

Avalon Sailing Club’s Panchax, Co-owned by Stephen Parker and Jan Scholten is one of the smallest boats in the fleet and is sitting on first place for the PHS division with Marcus Grimes’ High Anxiety in second place.

Along with sailing a good race thus far for High Anxiety they have also been very proactive with the social side of the race provided detailed live updates of their progress that can be found on the event’s Facebook page www.facebook.com/pitt2southport.

On arrival Southport Yacht Club did a fantastic job ushering in Shakti into the Gold Coast seaway and the crew were welcomed with a healthy dose of cold beer and hot chips on arrival to the dock along with being presented the line honours trophy from RPAYC Commodore Ian Audsley.

Today’s Gold Coast coastal waters forecast is for 15 to 20 knot southeasterly winds easing in the afternoon along with a 50% chance of showers. Today should see out the rest of the fleet finish the race.