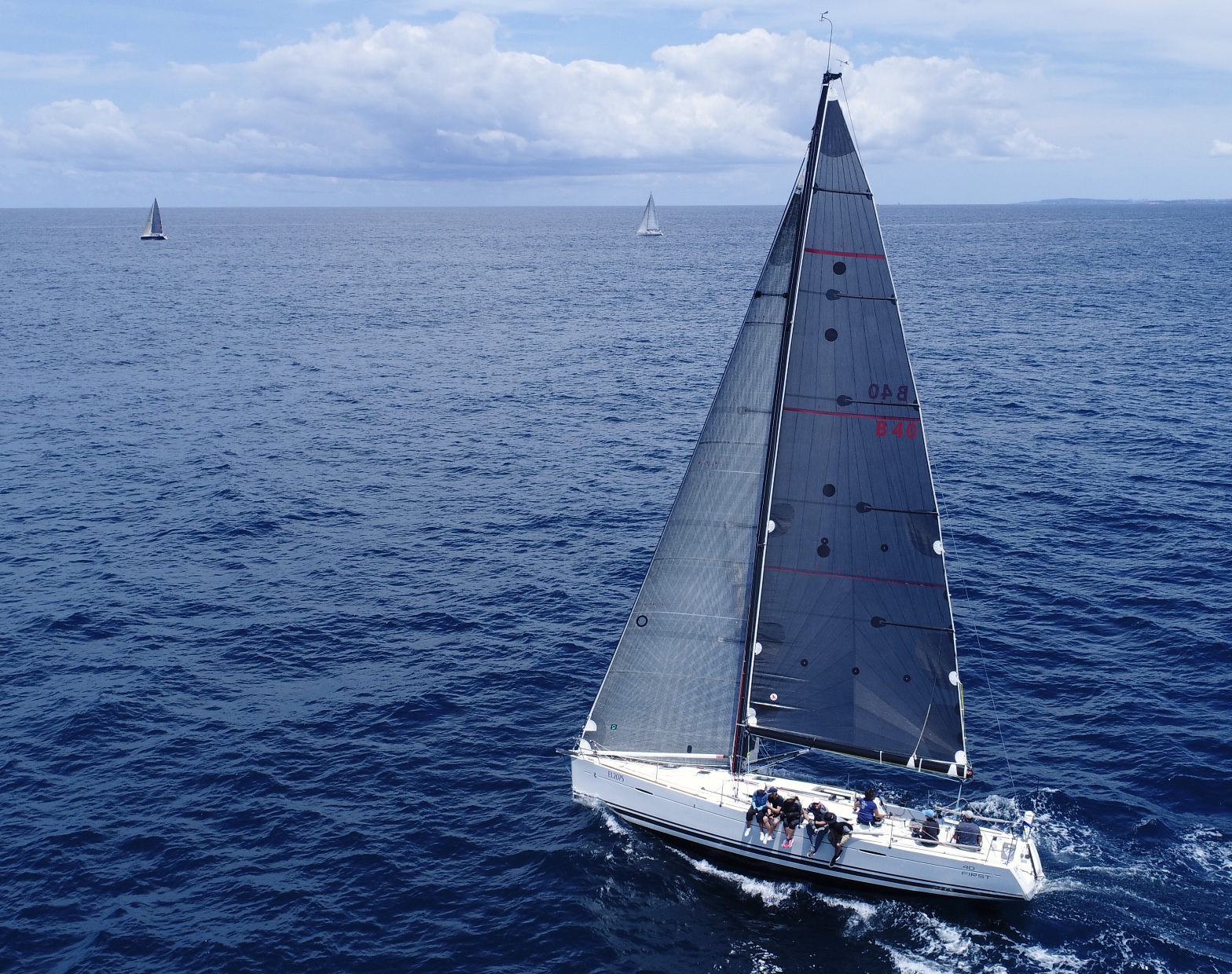 Entries close on December 1 for the Club Marine Pittwater to Paradise Regatta and so far a healthy international fleet of 25 yachts ranging in size and concentrated in the 40-50ft zone are starters for the race north and chance to compete in subsequent Queensland state championships as part of the annual Bartercard Sail Paradise Series.

There is still time to enter the Club Marine Pittwater to Paradise Regatta here.

The 370 nautical mile coastal race, between Broken Bay and Southport on the Queensland Gold Coast starting at 1pm on January 2, 2018, is both an endurance and tactical test. Crews will dedicate every hour to covering the distance in the quickest time for the chance to be named the overall winner and highly contested IRC category winner, who will take home a striking new custom-made perpetual trophy.

Host club, The Royal Prince Alfred Yacht Club, is delighted to announce that the Club Marine Pittwater to Paradise Race has been officially recognised by the World Sailing Speed Record Council and the 2018 line honours result will be recorded, and then be open to subsequent challenges.

Sailing manager Brendan Rourke says, “We encourage the likes of the TP52s and others of that size range not doing the Rolex Sydney Hobart to seriously consider such a rare opportunity in Australian waters, to be included in the WSSRC’s record books.”

Mick Martin’s TP52 Frantic and Bob Cox’s DK46 Nine Dragons out of Middle Harbour are both likely starters and in that case would be the leading contenders for a WSSRC listing, unless a bigger boat comes in over the top.

Among entries for the Club Marine sponsored long race setting off in the New Year are a number of first timers to the event and brand new boats including Mark Gorbatov and Mark Siebert’s fresh-out-of-the-box Beneteau First 40 called Blink.

Gorbatov is a Sydney based eye surgeon who came to the sport seven years ago crewing for another owner before jumping in with both feet and buying his first boat, which he called Out of Sight. Though Blink seems to run off the back of his profession it was actually Gorbatov’s ten year-old daughter who came up with the boat’s moniker, based on a Dr Who episode called ‘Don’t Blink’.

Now the Blink team is on steep climb to learn the boat prior to the RPAYC’s signature offshore race, part of the RPAYC’s Club Marine East Coast Bluewater Pointscore.

The firming up of Southport as the finish point following a try-out in January 2018 is one of the reasons Gorbatov upgraded. “The fact the Pittwater to Paradise has become a repeat fixture is one of the reasons I’ve changed boats. My previous boat did the Coffs Race but was too slow to go all the way to Southport.

“This boat’s quick. There’s a big difference going from a heavy displacement cruising boat designed for short-handed to a proper racing boat, but we are coming to grips with how we sail it.”

The Club Marine Pittwater to Paradise Regatta Notice of Race is available here. Owners can choose to enter the multihull, monohull or two handed categories and be scored under all of the popular handicap systems – IRC, ORCi, PHS and OMR.

Entry closes December 1, 2017 and the paperwork deadline is one week later.

Finish partner Southport Yacht Club will host weary crews for the recovery and post-race celebration, then the largely NSW race fleet has the opportunity to merge with the major local players for the Bartercard Sail Paradise regatta, January 6-9.