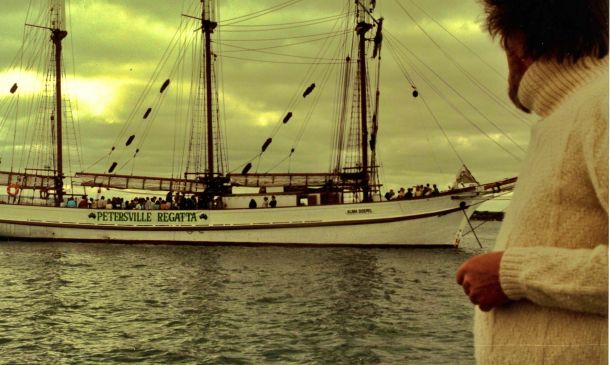 Alma Doepel at the start at Portsea.

The Petersville Regatta is returning to the Blairgowrie Yacht Squadron Sailing Calendar. The regatta will be held from 27 – 30 December 2015 and is set to be reinstated as the club’s flagship annual event.

The Squadron hopes the regatta will attract a competitive group of keel and cruising boats who will enjoy racing and the social atmosphere reminiscent of the original regatta held during the 1980’s.

Historically, the regatta attracted keel boat owners from surrounding yacht clubs and was held from 1981 – 1990 before the race was combined with Geelong Week.

This year the regatta will follow the annual ORCV Boxing Day Dash and will coincide with the expansion of the Blairgowrie marina and the opening of the new Blairgowrie Yacht Squadron clubhouse.

Located on Victoria’s southern Mornington Peninsula, Blairgowrie is one of Victoria’s leading holiday destinations, only a 75 – 90 minute drive from Melbourne. Adjacent to well known Sorrento and Portsea, Blairgowire Yacht Squadron is one of the area’s famous landmarks, with a distinctive pier and marina.