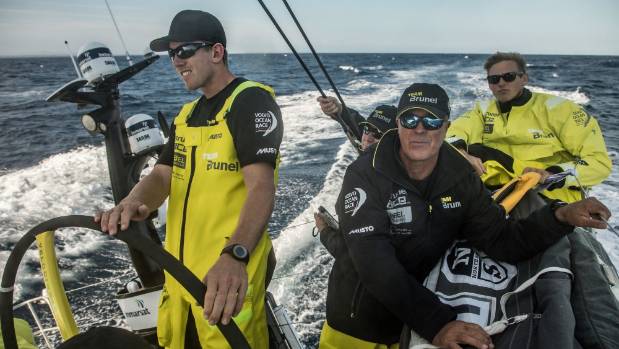 Peter Burling predicts the radical new America's Cup boat will be difficult to sail but he's inspired by the challenge of helping develop the systems to master that.

The round the world rookie will use the Auckland stopover to catch up with the design progress at Emirates Team New Zealand as the Cup defenders rush to get the new class rule finalised by the end of the month.

Burling will also look to map out his busy sailing schedule with his bosses, including how much of the second half of the Volvo Ocean Race he will contest and whether the defence of the Olympic 49er gold medal at Tokyo 2020 is feasible for him and Blair Tuke.

Burling was fully involved in the decision to opt for the 75-foot foiling monohull to be sailed at the 2021 America's Cup before he jumped into his first round the world experience late last year.

“I really like the concept,” he said of the next Cup boat. “I think it's going to be pretty fast and pretty hard to sail. It will definitely be a step up in speed from what the AC50s could do. It will be a pretty impressive boat when you see it sailing

“It ticks all the boxes that we wanted to achieve and that's what is exciting about the new boat – it's different to anything we have seen and it is hopefully going to push the development of the sport forward a long way.

“That's part of our sport – you have to develop things and make things go fast. And that's a part of it I really enjoy. I have a bit of an engineering background and I enjoy trying to understand what's going on with all the systems on board.