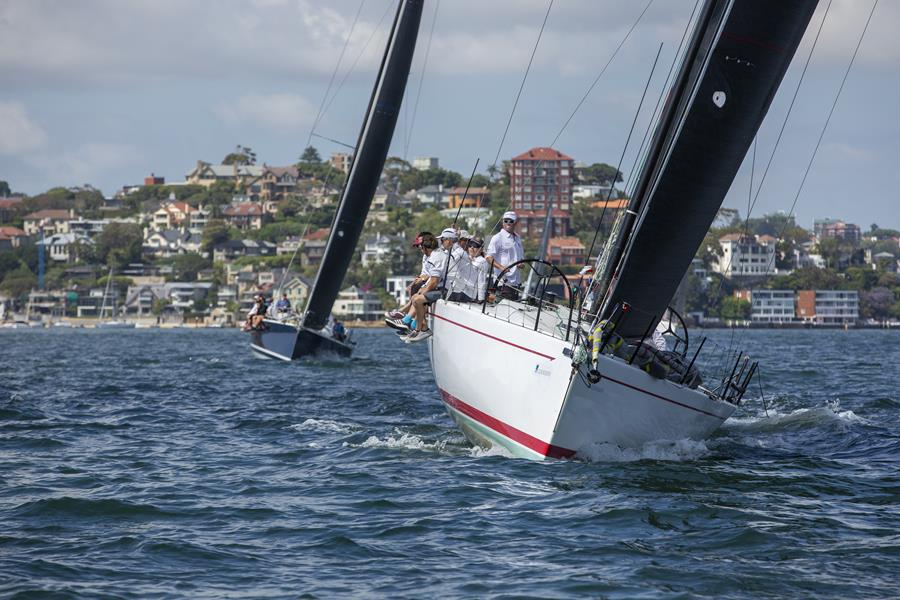 Rolex Sydney Hobart entrant LCE Showtime is looking to move up the leaderboard in the Blue Water Pointscore - Credit CYCA.

The front-runners in the CYCA's Blue Water Pointscore have had their ups and downs throughout the series, and this Saturday’s Bird Island Race – a crucial lead-up to the Rolex Sydney Hobart – will be sure to see further changes to the leaderboard.

IRC Divisions are tightly fought, though the current Division 1 leaders, Gweilo, will not be racing on the weekend. This leaves TP52s Quest and Ichi Ban to battle it out in the penultimate race, both previous overall winners in the Rolex Sydney Hobart Yacht Race.

Additionally, in Division 2 Noel Cornish’s St Jude leads Tony Levett’s TSA Management. The two yachts have been alternating the hold on first place in the pointscore, however it was St Jude’s second place in the recent Cabbage Tree Island Race that put them back into the lead, while TSA Management will not contest this weekend's race.

However, Mark Griffith’s LCE Showtime is just seven points behind in IRC Division 2 in third place, and are looking to consolidate on their strong performance in the Cabbage Tree Island Race.

“We’re hoping to narrow the gap on St Jude this race, and if we can beat them, then I think it puts us on equal points going into the Rolex Sydney Hobart,” Griffith said. “We’re very happy with how we’re going as a crew, and we’re feeling confident going into the big race of Hobart. We’re just going to take it as it comes and that’s the trick, I guess. You have to perform, whatever the conditions may be.”

The moderate yet shifting west-south-westerly winds forecast will have an impact on who excels in the Bird Island Race. The race is the fifth and penultimate event in the Blue Water Pointscore Series, starting 1000hrs Saturday 30 November near Point Piper on Sydney Harbour.