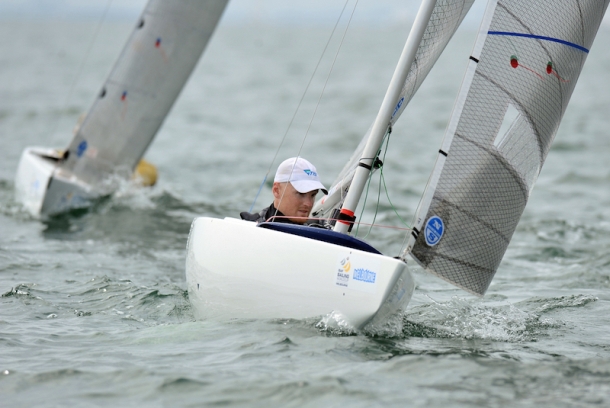 The regatta, held at the Royal Yacht Club of Victoria, finished today, Monday, 9 March 2015m with Matt Bugg winning all but one of the eight races.

“I had a great series with all firsts bar the last race in which I finished third. It was my fifth national title in a row and I'm stoked that it was by far the most convincing”, a happy Matt Bugg said after racing.

“Although the weather forecast wasn't great for the long weekend we had close to perfect conditions and managed to complete the eight race series easily in light to moderate conditions,” he added.

The regatta was a welcome opportunity to test the waters, which will host the 2015 IFDS World Championships as Matt Bugg explained:

“I was happy with this venue as it's the venue for the 2015 IFDS Worlds and I was keen to see what the racetrack looks like. I always enjoy racing in Melbourne and I feel I learnt some valuable lessons looking ahead towards the IFDS Worlds in November.”

Bugg will be training at home next before he will kick-off the 2015 European season at the ISAF Sailing World Cup in Hyères, France at the end of April.