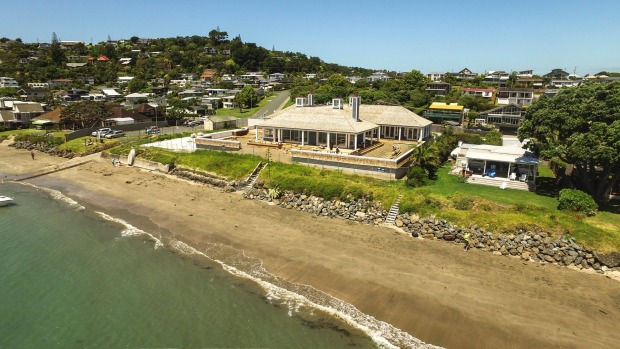 The man who led Oracle Team USA to an America's Cup win over Team New Zealand is turning heads again, this time for his beach front mansion being built.

Sprawled across three impressive sections on Tindalls beach, Sir Russell Coutts' new home is hard to miss – and most neighbours have given the property the thumbs up.

Jeff Matthews whose property looks over the mansion says it's an improvement to what was there previously. “The house takes up two sections and the third is the tennis court which actually improves our view. We can see down the boat ramp which we couldn't before,” he says.

Although it looks big compared to the other houses, he says it's a proportional Cape Cod style home. Some of the other beach front houses are ugly, he says, but not this one, designed by award winning Auckland architects Sumich Chaplin.

A few people have been making negative noises about the house, but their opinion is a minority and mostly “politics of envy”, Matthews says.

Continue reading and see more images of the house here.