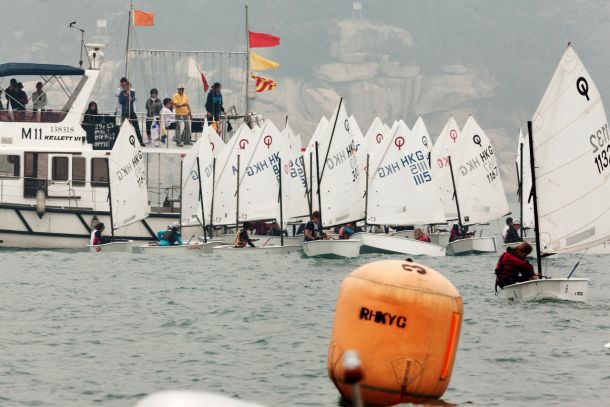 Co-organised by Hong Kong Sailing Federation and Royal Hong Kong Yacht Club, Hong Kong Race Week 2016 is set to feature more entries than ever before with 185 received before the official entry deadline of 12 January and late entry available to those looking for a last minute slot in the programme.

A constituent event of the ASAF Youth Cup, racing is being organised out of RHKYC’s Middle Island Sailing Centre on the south side of Hong Kong Island, with five race courses being prepared for participating sailors in 11 classes.

The largest fleet by far is the Optimist Dinghy class with 104 entries to date, featuring 47 from China, 44 from Hong Kong and six from India including last year’s runner up, Chitresh Tatha, together with entries from Australia, Bulgaria, UK and Thailand. Also returning is another Indian sailor, Aniketh Rajaram, last year’s Optimist champion, now moving up to the 29er class. Healthy entries have also been recorded for the windsurfer classes, which will enjoy its own designated course area this year.

Race Chairman, Peter Davies, was delighted with the entry figures so far, saying “we are very grateful to Far East Boats for agreeing at short notice to ship in an additional 18 Optimists for charter, such has been the overwhelming international interest”.

Hong Kong Race Week 2016 will run from 16 to 21 February, commencing with registration, measurement and a practice race, with the competition taking place from 18 to 21 February 2016. Entries are currently being accepted at http://www.hongkongraceweek.com/#!entry/c1kib