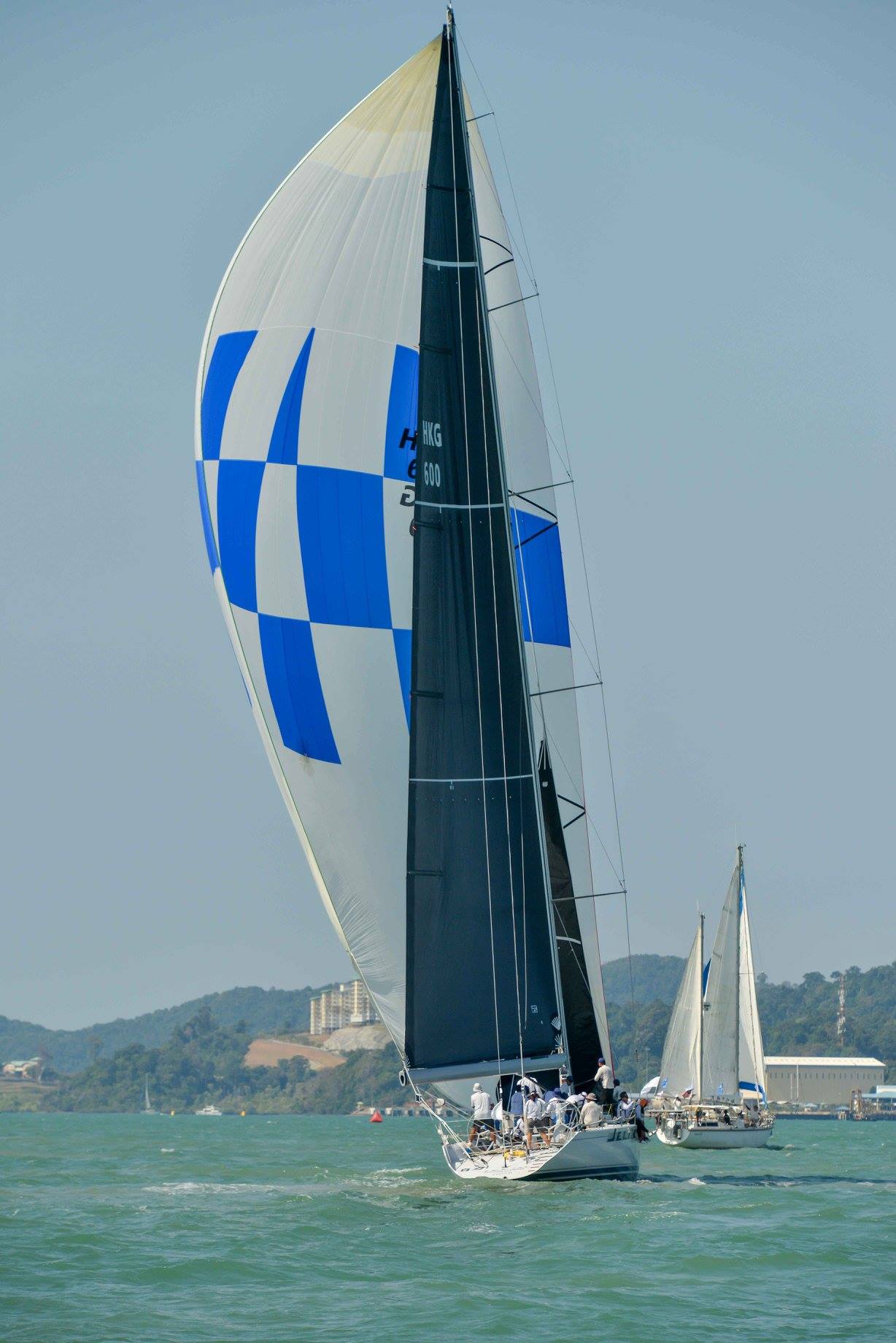 Sailors took to the Coastal Course on Day 3 of the 14th Royal Langkawi International Regatta in heavier seas and a stronger breeze with winds speeds ranging from 8 knots to 15 knots.

Alive conquered both races on Day 3 sending Millenium Racing to second spot and Oi! to third in the Racing Class.

In the IRC-1 Class, Fujin who held the lead over the last two days lost it to Uranus today but both boats are drawn on overall points with two more days of racing left.

Vincent Chan’s crew on Mata Hari are proving their mettle, leaving RLIR regular Phoenix and new comer Foreign Affair battling it out for positions two and three in the IRC-2 Class.

Team RLYC had good starts in both races today but was overtaken each time by SMU who now sits at the top of the Sportsboats leaderboard.

After three days of racing, WOW seems to be establishing a winning pattern, breaking away from the Multihull fleet while Allegro, IMAGE asia Nina and Manta Blu remain in second, third and fourth place respectively.

The Club, Ocean Rover and White Sail Classes only raced once on Day 3. Sophia is clearly the favourite in the Club Class while My Toy maintained a steady lead over Eveline in the Ocean Rovers race, as did Chantique among the White Sails.

The Tunku Abdullah Sportsmanship Award, will be presented to the best team for its competitiveness, fair racing and comradeship, on water and land, in memory of the late founding chairman and the first Commodore of the Royal Langkawi Yacht Club (RLYC), Almarhum Tunku Tan Sri Abdullah Tuanku Abdul Rahman.

The Royal Langkawi International Regatta (RLIR) 2016 is organised by the Royal Langkawi Yacht Club (RLYC) and sanctioned by the ISAF and Malaysian Sailing Association (MSA). The RLIR is part of the Asian Yachting Circuit.

Video of the day's racing here