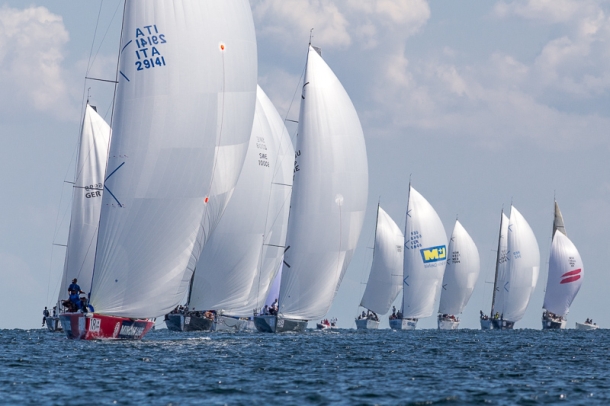 As of 15 May last week, the Real Club Náutico de Barcelona (RCNB), organiser of the Barcelona ORC World Championship, has closed its official registration period for this event. This decision was made by Offshore Racing Congress (ORC) and RCNB to ensure the highest quality of racing for the participating teams, who will be assembling in Barcelona over 27 June – 4 July to compete in this official offshore world championship, sanctioned by the International Sailing Federation (ISAF).

An impressive total of 105 boats are officially registered, and are divided into three classes: ORC A (28 teams), ORC B (41 teams) and ORC C (with 36 teams). This is the fifth consecutive year of over 100 entries at the ORC Worlds, and with teams coming from 23 countries on 4 continents, the most diverse fleet ever assembled for an ORC championship event.

The racing format will combine windward/leeward races with long and short offshore races, which will count as double points and be about 100 nautical miles long. Numerous past and existing World, European and National champions are within this fleet, making it more difficult than ever.

Among the returning champions are Alberto Rossi's Italian team on Enfant Terrible, who were Class A World Champions in 2011, 2012 and 2014; Christian Plump's German team on Elena Nova, Class A World Champions in 2010; Pedro Campos's Spanish team on Team Campos, who as Movistar earned the 2014 ORC European Champion title in Class B; and Giuseppe Giuffre's Italian team on Low Noise, who won the Class C Worlds title in 2014, and the Class B Worlds title in 2011 and 2009.

Except for Rossi's TP 52, all these teams are coming to Barcelona with boats that are different than those from their last championship wins: Plump will be sailing a Swan 45, Campos a Swan 42, and Giuffre a new Italia Yacht 998.

For more information about the 2015 ORC World Championship, visit the event website at www.barcelonaorcworlds2015.com.