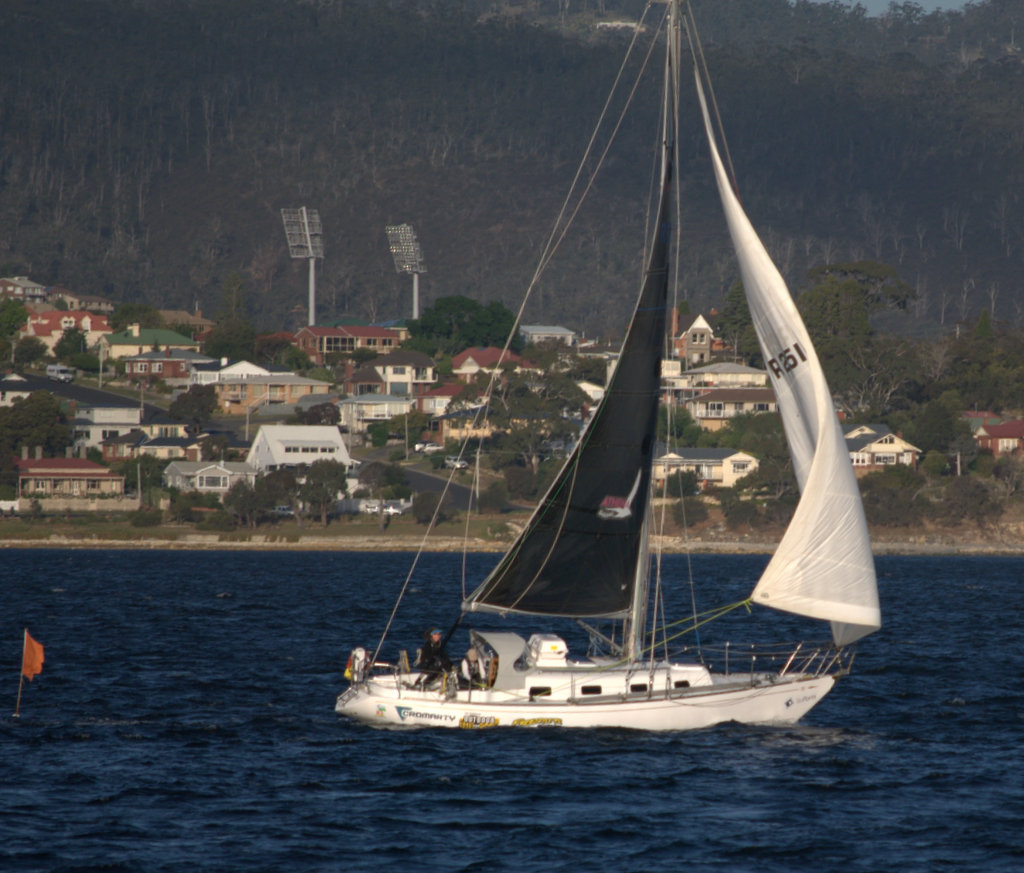 Oskana crossed the finish line at Hobart’s Castray Esplanade at 16:28pm, with Tilt finishing at 18:37pm.

Oskana, which won the 2013 Sydney Hobart race as Victoire, made a high-speed spinnaker run back down Tasmania’s rugged East Coast on Friday night and yesterday morning to claim line honours.

She rounded the northern tip of elongated Maria Island at 7am yesterday after a tough beat to windward overnight from Tasman Island.

Heading south, and once clear of the Mercury Passage, Oskana doubled her lead over the fleet, surfing downwind at 15 knots towards Tasman Island.

Winds were lighter in Storm Bay and for the final windward leg up the Derwent, giving her an elapsed time of 21 hours and 28 minutes.

This was well outside the race record of 18 hours 49 minutes and six seconds, set by the TP52 Cougar II in the 2014 race.

Nevertheless, Oskana’s victory is an impressive trial for next month’s Sydney Hobart, the result of many hours of day and night training for her talented crew.

Tilt crossed the finish line at 18:37 hours with the rest of the fleet well astern in the River Derwent, Storm Bay or still approaching Tasman Island.

The Kettering Yacht Club entrant, Rad, skippered by Gus McKay, at that stage had moved into third in fleet, ahead of David Aplin’s Whistler and Shaun Tiedemann’s Philosopher

With the wind easing away in late afternoon and early evening, Osaka appears to have lost her grip on handicap honours.

At 8pm, Whistler was holding provisional first place under IRC and AMS handicap categories while Rad was number one in the PHS scoring.

Philosopher was second in all three handicap categories with positions likely to change over the final sail up the Derwent last evening.