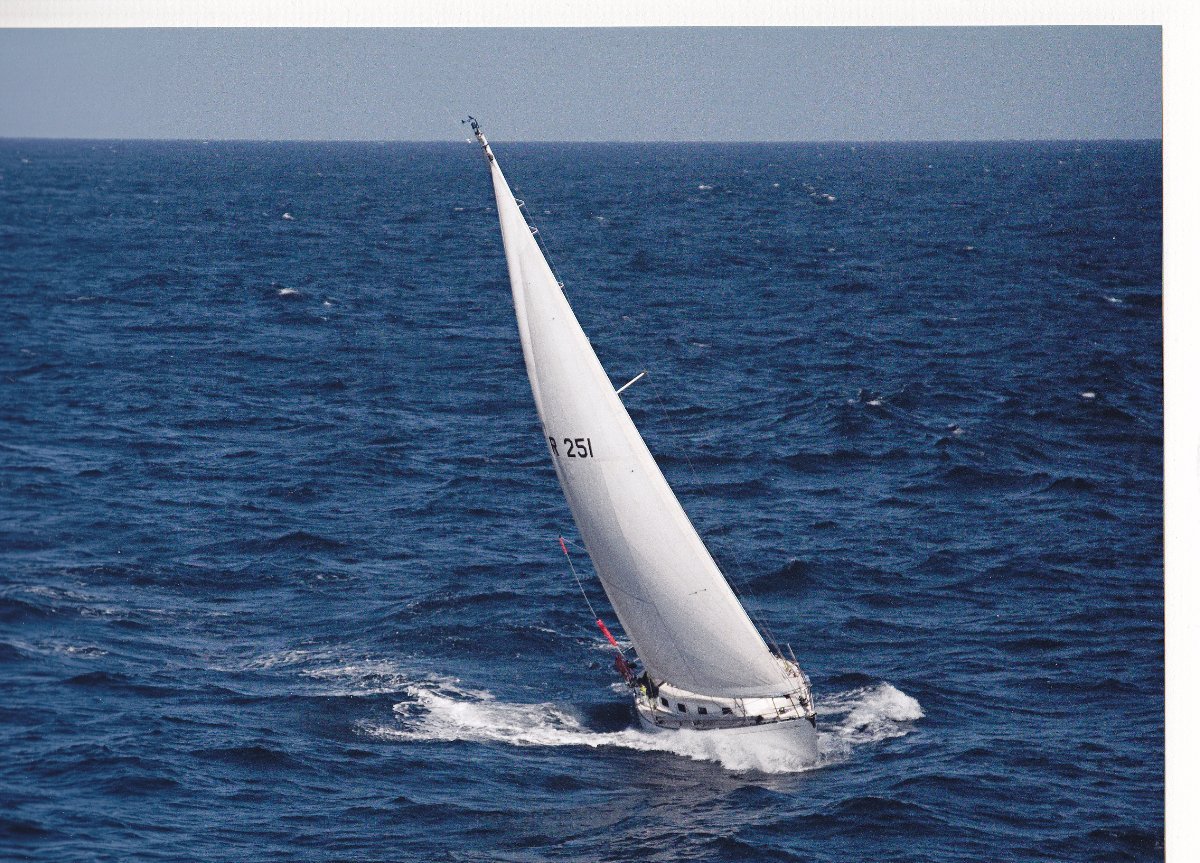 Almost half the fleet in the 5,500 nautical mile yacht race from Melbourne to Osaka in Japan tonight have sought shelter in ports along the south Queensland coast as reformed Cyclone Iris moves south.

Iris has become a Category 3, potentially category 4, cyclone with fierce winds and high seas off the Queensland coast between Bowen and Airlie Beach.

The yachts safely in port include the Tasmanian yacht Force Eleven sailed by Tristan Gourlay and Jamie Cooper.

The other Tasmanian yacht in the 19-boat fleet, Morning Mist, sailed by Tasmanians Jo Breen and Peter Brooks, is well north of the critical cyclone area, still leading after the staggered start from Melbourne last month.

Of the 19 boats in the double-handed, non-stop race, nine have indicated they are heading for shelter, with six already in Southport. One boat is heading into Brisbane, another to Bundaberg.

Force Eleven, sailed by Tasmanians Tristan Gourlay and Jamie Cooper, is reported to be in Southport. One boat had earlier put into Sydney to effect repairs.

In a safety warning message to the fleet, with the exception of Morning Star, The Edge and Bartolome which are well north of the critical cyclone activity area, the Ocean Racing Club of Victoria last evening said:

“Due to significant concerns about the forecast track and potential strength of the reformed cyclone Iris off the coast of Townsville, we require you to make appropriate plans to ensure your safety.”

Principal race director Simon Dryden said it was the ORCV’s “intention to continue racing as long as it is safe to do so” adding: “We have not taken this decision lightly, but our clear priority is competitor safety.”

The notice to competitors advised them regarding the rules of the race that would apply if they suspended racing, including customs implications if they berthed in an Australian port whilst competing in an international race.

Morning Star, an S&S 34, is the smallest and oldest boat in the fleet and as such was the first to start from Port Phillip on March 15.

This evening Morning Mist was off the eastern tip of Papua New Guinea and north of the Solomon Islands, making 5.6 knots.

Since starting the little yacht has sailed almost 2500 nautical miles and 200 nm ahead of the second boat, The Edge, with a similar gap to the third yacht, Bartolome.

Others still racing include Allegro, Elektra, Utopia and the Chinese Whisper which have elected to continue racing up the New South Wales and Queensland coast. Allegro, fourth in fleet has advised race control that she is heading eastwards to avoid the cyclone.