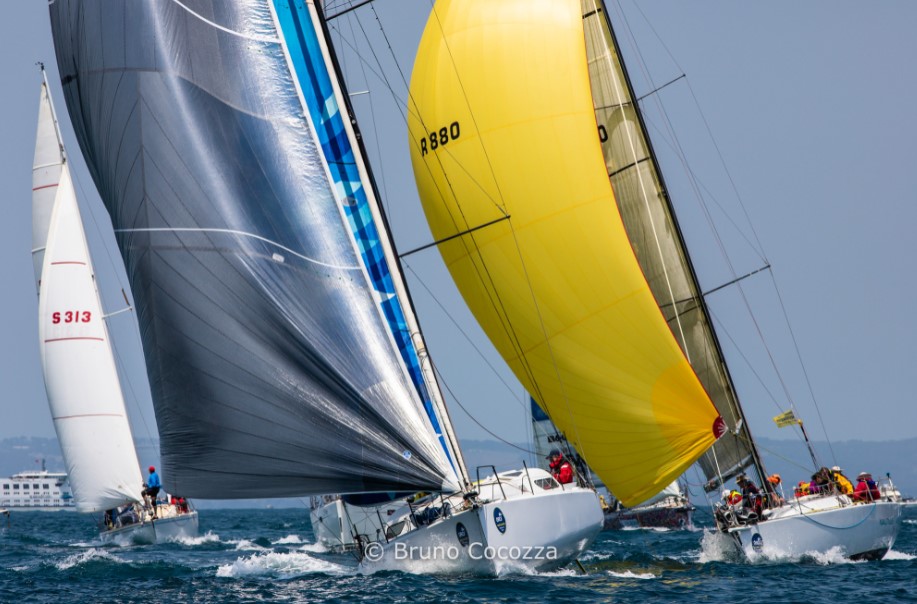 The Mornington Peninsula turned on perfect weather for the two Victorian fleets which are racing to Tasmania this year. Under blue skies and with 15 knots of wind coming from the south-south-west, the combined fleets picked up speed under spinnaker and quickly exited through the Rip into the Bass Strait.

Leading the charge for the short-handers are Lisa Blair and co-skipper Jackie Parry, who are racing to Hobart. Lisa made headlines when she became the first woman to sail solo around Antarctica and followed that by setting a new monohull record for around Australia solo and non-stop.

Lisa spoke about the race, saying their goal is to do it in three days, provided they can handle the areas of light winds they will encounter off the coast of Tasmania. You can hear more from Lisa in a short video at https://m.youtube.com/watch?v=aY_jqmc6nJ0.

Joining Lisa and Jackie on the Hobart start line were Lord Jiminy and Saltair in the 4+autohelm, along with three fully crewed yachts.

Saltair is a family entry, with a medical twist. Father Bernard is a vascular surgeon while wife Sarah is a nurse. Every year the couple takes their two children, currently aged 17 and 18, on a sailing holiday. One year it was a trip to Sydney for the Cadet Nationals and last year they competed in the Launceston to Hobart Race. After a family discussion, it was decided that 2019 would be the year of the west coast, and so the entry was made.

Leroux and his crew were obviously primed for the race as they led both fleets around the first turning mark inside the heads. Lord Jiminy turned just ahead of Tevake II (Angus Fletcher) and Shimmer (Jac and Steve Twentyman).

Once into the Bass Strait, all the Hobart fleet saw of Lord Jiminy was its stern disappearing into the distance at over 10 knots. Soiree Bleu and Archie were the best of the pursuers but the speed differential was considerable.

Tevake II led the Devonport fleet out of the Rip and immediately headed for Tasmania. Meanwhile, How Bizarre lived up to its name, staying on port tack and splitting totally from the rest of the boats. Only time will tell which strategy is better.

The ORCV Melbourne to Devonport Race covers 195 nautical miles straight across Bass Strait. The race record has stood since 1998 when it was set by Prowler in a very quick time of 19 hours 32 minutes and 56 seconds.