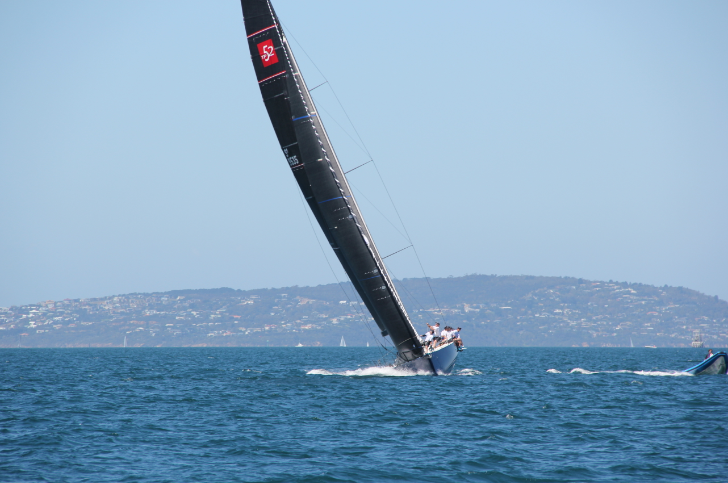 23/12/2019
Upwind sailing is on the menu for the 70 strong ORCV Cock of the Bay fleet on Boxing Day. Meteorologists are forecasting 12 to 15 knot south-south-westerlies under slightly cloudy skies, which means spectators lining the foreshore of Port Phillip will see many of the yachts close inshore as they tack south after the start off Station Pier in Port Melbourne.
The course takes the fleet 34 nautical miles down the bay to Blairgowrie, where the leading boats will cross the finish line around five hours after their 10.30am start. With some of the 350 competitors perhaps ‘over-served’ on Christmas Day, the forecast for moderate winds will be a welcome one.
The annual event serves as a feeder to the Ocean Racing Club of Victoria’s Christmas races to Tasmania, which start on December 27. Some of the boats will tackle the challenging Melbourne to Hobart via the rugged west coast while others will opt for the shorter course to Devonport.
A third group of competitors has chosen not to venture offshore and will either turn straight round after the finish and head home or will stop off in Blairgowrie to join their offshore club mates for a barbecue.
Among the entrants in the Boxing Day dash is solo offshore adventurer Lisa Blair, who holds the solo non-stop around Australia record and is the first and only woman to circumnavigate Antarctica solo.
Lisa and her crew, Jackie Parry, will tackle the West Coaster double-handed this year but are doing the Cock of the Bay fully crewed “for fun” on Lisa’s Hick 50 d’Albora Climate Action Now.
Other boats to watch include Ashley Trebilcock’s Beneteau 40 Bandit, Scott Robinson’s RP36 How Bizarre, which completed a clean sweep of line and handicap honours in the Melbourne to Stanley Race earlier this year, and Neal Sargeant’s Hanse 45 Mersea, which currently holds the Rudder Cup, the prize for first boat on handicap in the Melbourne to Devonport Race.
Martin Vaughan, Commodore of the Ocean Racing Club of Victoria, said the upwind conditions will mean the race record is not under threat but fast reaching once they turn the corner will be spectacular to watch.
“While some skippers may choose to head west after the start, many of the boats will work their way up the shoreline and will come close to the city’s beaches,” he said. “We hope that locals and visitors alike will come down to Port Melbourne for the start or will watch from Brighton and Sandringham, for example, as the fleet heads south.”
With a very diverse fleet that includes multihulls, a 60 footer and boats as small as 30 feet long, there will be plenty of action on Port Phillip this Boxing Day.
– ORCV Media