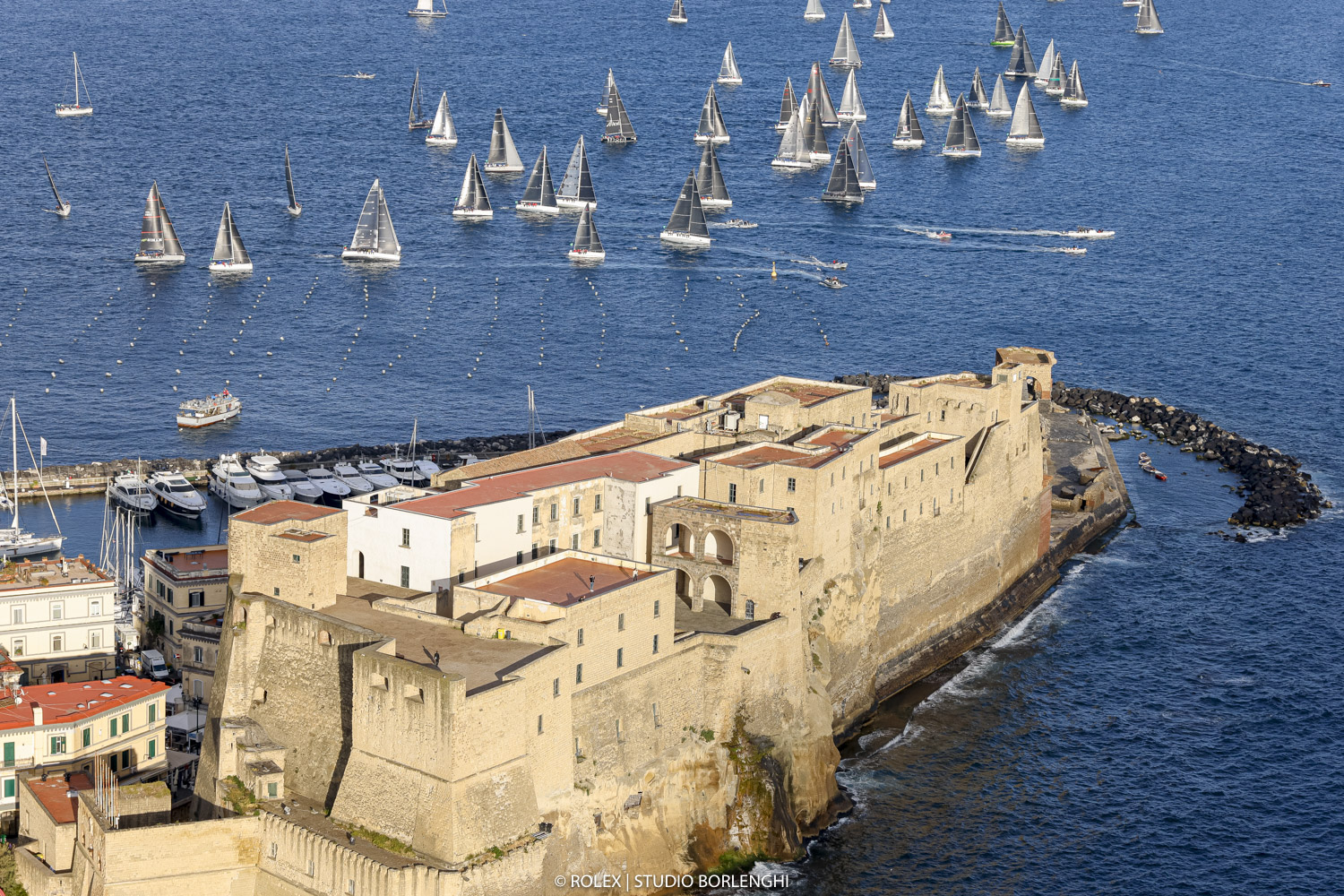 The first day of mark racing got underway today in ORC European Championship 2021 with a fleet of 62 hulls from 12 different nations taking to the waters off Capri this morning to do battle for the title.

The first day of mark racing got underway today in ORC European Championship 2021 with a fleet of 62 hulls from 12 different nations taking to the waters off Capri this morning to do battle for the title.

Things got off to a challenging start for the Race Committee, who had to endure a long wait for the weather conditions to stabilise. Finally, at 2 p.m., the starting signal was sounded for the first group with a breeze of around 6 to 8 knots from 235°. First off the line in the starting sequence were the smallest craft, in Group C, who raced on a triangular 5-mile course (upwind-beam reach-downwind), followed by groups A and B, racing on two different windward-leeward courses of approximately 7 miles, positioned in the Bocche di Capri. The first race was then shortened at the end of the second upwind leg due to very light air. At 4:15 p.m. the Race Committee, led by Alfredo Ricci, took advantage of the breeze of 5 to 7 knots, holding steady from 240°, to kick off the second race of the day for all three classes, but the race then had to be cancelled during the first leg.

The win in Race 1 among the bigger boats in Class A went to the Latini 52 Solano, owned by France’s Pascal Feryn, in Class B the Swan 42 Fantaghirò owned by Carlandrea Simonelli took the top spot, while in Class C the First 35 Squalo Bianco, owned by Concetto Costa, was victorious.

At 5:11 p.m. as some more stable air of 6 to 8 knots filled in, it was time to start Race 2 again. All three groupings were able to complete the course this time around with victory, at the end of a long day at sea, going to Marco Serafini’s TP52 Xio in Class A, Carlandrea Simonelli’s Swan 42 Fantaghirò in Class B, and Vincenzo De Blasio’s Italia Yachts 11.98 Scugnizza in Class C.

At the end of today’s racing, the overall classification for each of the classes is beginning to take shape, with three races in the bag and the championship formally valid given that the Notice of Race requires a minimum of 3 races to be completed, including the offshore competition. Racing in the ORC European Championship continues tomorrow with the starting procedures scheduled to begin at 11:55 a.m.