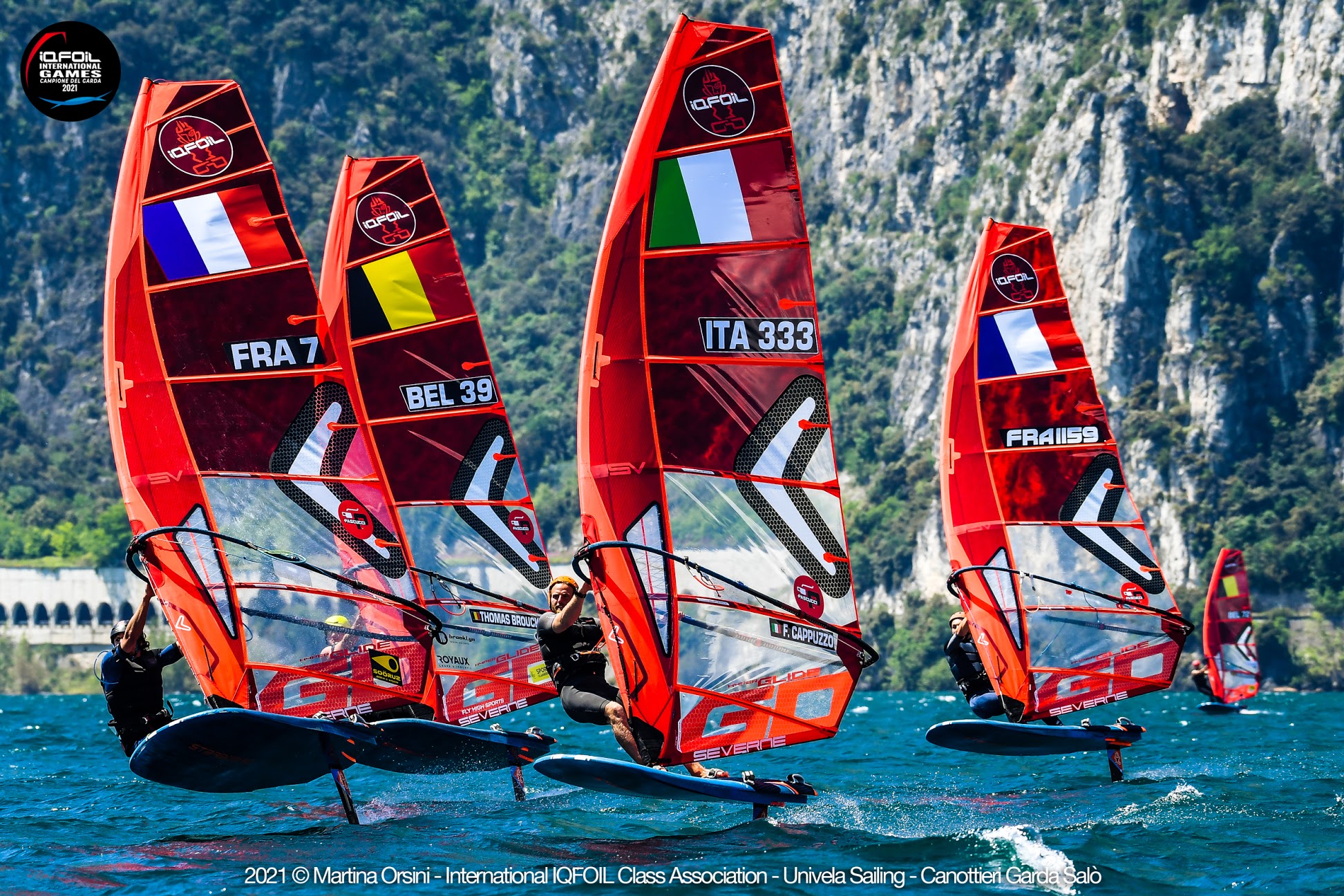 After a successful 2020 event in late October last year, a fleet of 38 women and 69 men for a total of 107 windsurfers gathered on Lake Garda for the 2021 iQFOiL International Games hosted by Univela Sailing in Campione del Garda. 20 nations are represented here despite the still standing international travel restrictions.

Racing on Day One started around noon as the typical local thermic breeze from the South filled in to reach about 12-15 knots. The firsts to hit the water were the men with three flawless slalom races, followed by the women who had to face a major wind drop and could only finish two races.

The provisional ranking at the end of Day One is a French affaire, they occupy all top three spots in the Men. Nicholas Goyard won all of three matches, followed by Clement Burgeois and Adrien Mestre. The defending champion Sebastian Koerdel (GER) closed the day in fifth position with a win in the last race and a ‘dive’ in the first one.

“We had some strong wind slalom races today, and I have to admit I was a bit rusty, and in the first race I fell into the water and had to swim a bit, but then the next two races were better with a 5 and 1, so overall not a dominant performance but I am getting there. The last race was a win and I plan on continuing like that” said the German 2020 iQFOiL International Games winner, Sebastian Koerdel.

Two French sailors within the best three also in the Women fleet, outstripped by one of the only two female British boarders here, Islay Watson. Delphine Cousin capped the day in second place and fellow countrywoman Lucie Belbeoch in third.

Among the athletes coming from far away Sarah Quita Offringa, from Aruba, today tasted the still winterish cold water and cool breeze.. “It was the first day of the event and we had two good windy slaloms, I thought it was cool to start in the line with 20 women and it was exhilarating, I didn’t do too great but it was definitely a good learning experience. One of the biggest challenges was the temperature for me, I’m from the Caribbean and in Aruba when the sun is shining is 30 degrees, and I went out at first in my sleeveless wetsuit, then went back inside and wore the thick one, but no more races for the day.”