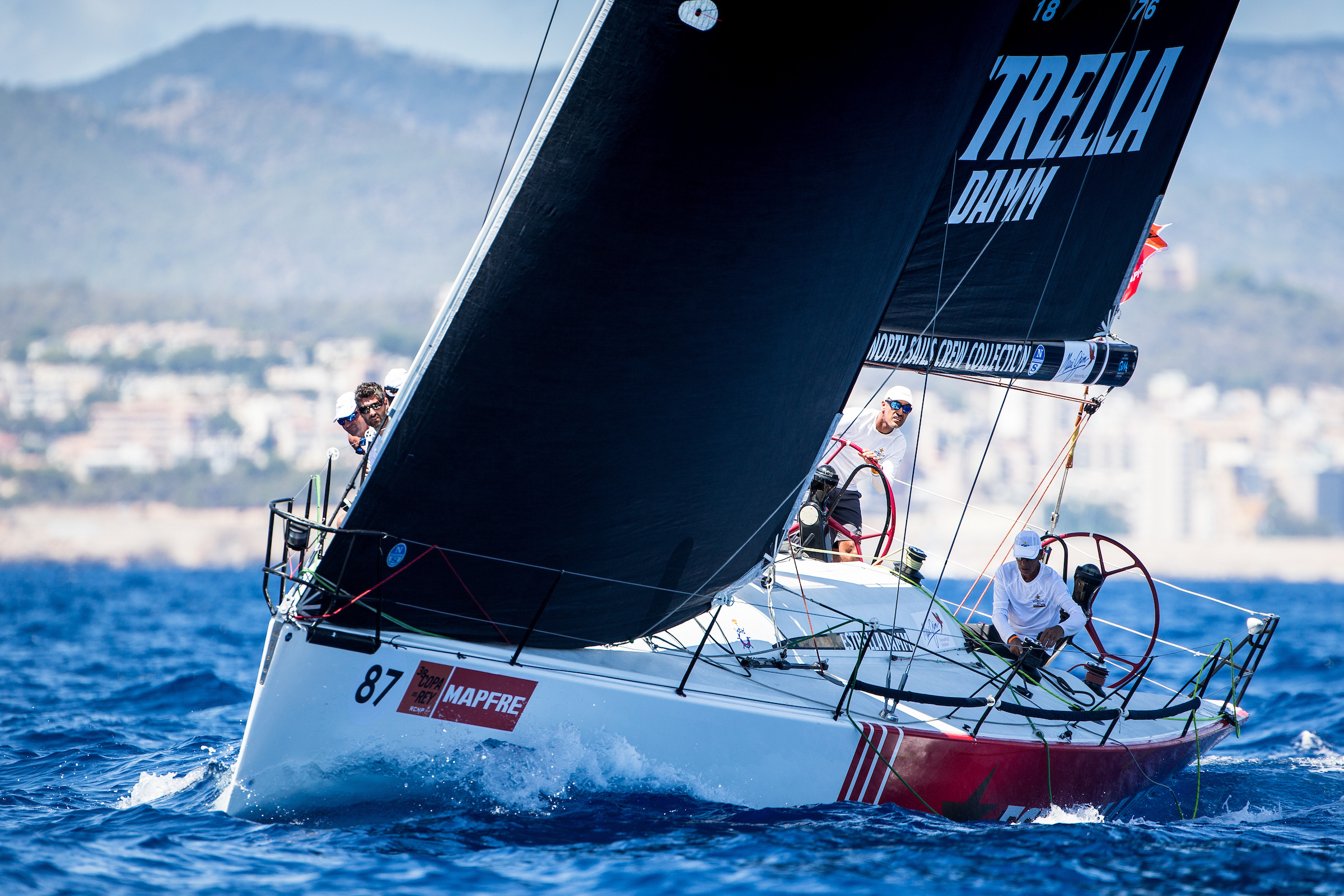 Up to 45 boats from 14 countries will compete in the three BMW ORC classes at the 39 Copa del Rey Mapfre, including several 2019 champions returning to defend their titles against a varied fleet.

From the start in 1982, through until the first inclusion of the TP52s in 2005, the Copa del Rey was largely a handicap fleets event. Now in the 39th edition, the fleet is divided between five One-Design classes that race first past the post in real time, and four classes that continue the tradition as a handicap centred regatta.

Once more, organisers of the prestigious Mediterranean summer regatta will fully utilise both international ORC and IRC systems. BMW lend their name to the ORC classes in the Copa del Rey as indeed they have since 2014.

The soul of ‘La Copa’
“Handicap racing is at the heart of the Copa del Rey. It is a format in which both professionals and semi pro-amateur teams converge, a formula that we have always embraced and which has been part of the event’s history since its very beginnings,” explains Manu Fraga, RCNP’s sports director.

“This year difficulties caused by the Covid-19 and the clashing dates with the ORC Europeans (Istanbul, August 23 to 29), have caused seen a small drop in entries but we are very happy to get the number of fifty boats, including the many of the champions from 2019 who are returning.”

The ORC fleet will be divided into three classes this year: BMW ORC 1, BMW ORC 2 and BMW ORC 3. It is a varied mix of boats from just 10 m to almost 16 m long which includes 45 boats from 14 nations. Teams from Germany, Argentina, Belgium, Spain, France, Holland, England, Italy, Luxembourg, Peru, Poland, Russia, Switzerland and Uruguay will compete under the ORC rule on the Bay of Palma.

BMW ORC 1
A dozen teams of five nationalities will compete in the BMW ORC 1 class. A glance at the entry list suggests another great battle for overall victory as several teams with excellent track records go head-to-head off the same start line.

Nacho and Arturo Montes’ Estrella Damm defends the title, again with Luis Martínez Doreste as helmsman, but theirs is a new boat (a powerful XP50) in as in which they race looking to gain their third consecutive victory.

Porrón IX, skippered by Luis Senís (2019 Swan 45 class champion) as well as the well sailed TP52 Aifos, normally skippered by H.M. King Don Felipe, are all among the title hopefuls.

BMW ORC 2
The BMW ORC 2 class will see 15 boats from 40 to 43-feet. It will be one of the most international classes of the 39 Copa del Rey, with boats from Germany, Spain, France, Holland, England, Peru, Russia and Switzerland.

The fleet will include the top two boats from 2019’s final rankings, the Sinergia 40 El Carmen Elite Sails and the ClubSwan 42 Teatro Soho Caixabank owned by Javier Banderas and skippered by Dani Cuevas, a pairing which won in BMW ORC 3 class in 2017 onboard Grupo Ceres.

BMW ORC 3
The largest and most international fleet of the 39 Copa del Rey musters 18 teams from nine countries. The real favourite is the Sinergia 40 L’Immens – Laplaza Assessors of Alexandre Laplaza and Carles Rodríguez, who are the champions of the last two editions of this regatta. But both the strength and depth of competition among their rivals will require their maximum concentration if they are to win their third consecutive title.

A maximum of 11 W/L races between Monday, August 2, and Saturday, August 7 are scheduled for the three BMW ORC classes.