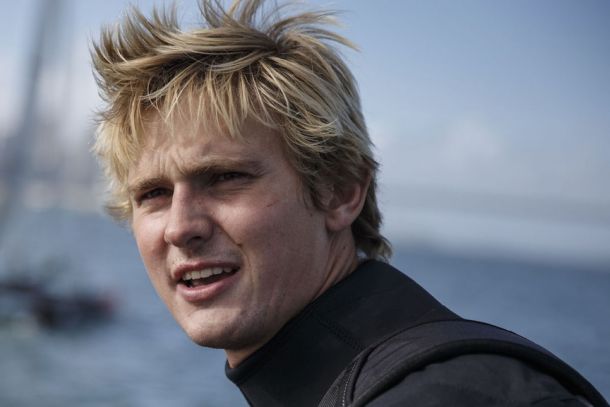 Oracle TeamUSA took its maiden sail on the waters of the Great Sound in Bermuda Wednesday with the team training on two foiling Phantom boats. Kyle Langford, Graeme Spence, Joey Newton and Andrew Campbell were the first sailors on the Defending champion to test the local conditions.

“It was a great day today,” said Kyle Langford following the sail. “It was our first day out there so it was good to see the race course area for the first time from a sailing perspective. We didn’t have a lot of breeze this afternoon but we were able to get foiling in the Phantoms and then we were straight into some racing. It looks like it will be an awesome place to sail.”

Conditions were light this afternoon – just 5 to 8 knots of wind.

“The plan is for us to be out again tomorrow,” Langford confirmed. “The forecast looks pretty good and we’re planning to be out every day we can until we get the AC45 out on the water (which is planned for May 1).”

Like his team mates, Langford has only recently moved to Bermuda and he likes what he sees. “It’s a beautiful place, really nice pristine water and it’s great to be sailing in such a cool spot,” he said.

Looking ahead to racing on the Great Sound in the America's Cup World Series, he noted the race course would be challenging. The speed of the foiling boats means they come up to the course boundaries quickly.

“From a racing point of view, the race course is tight,” Langford said. “We’re going to cover the distance quickly and get to the edges of the race course fast. There’s not a whole lot of space out there which means the racing’s going to be tight and close.”

Oracle Team USA has moved its operations to Bermuda and will be training out of its new base at Dockyard in the lead up to the America's Cup World Series in Portsmouth in July.