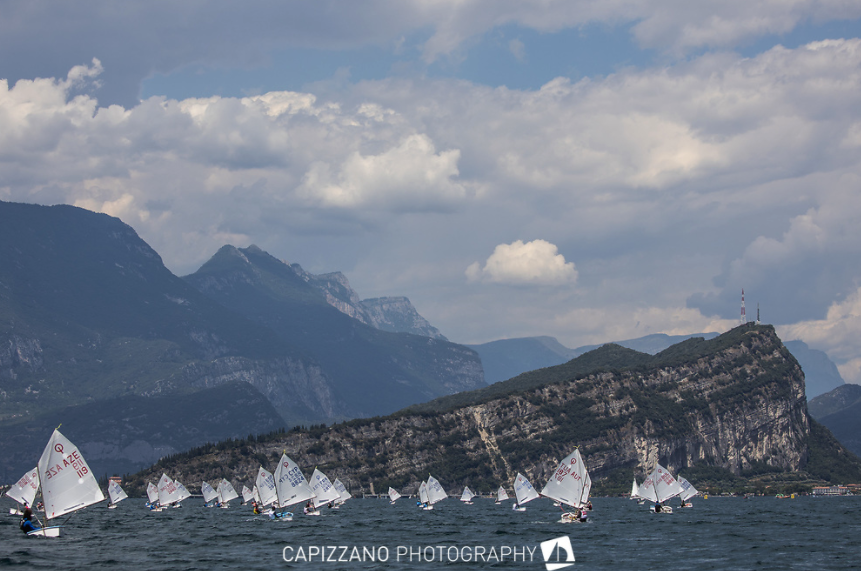 Riva del Garda, Italy: A single race completed today in the third and final day of the qualification series valid for the Optimist World Championship underway in Riva del Garda. The new World Champion will be crowned on July 9th.

The arrival of a storm only allowed one race to be completed today. However it was enough to close the qualifying phases. The current regatta leader is Weka Bhanubanhd from Thailand. Bhanubanhd gains access to the Gold Fleet in first position, with a scoreline of 5-1-1-1-2. Second place for the Brazilian Alex Di Francesco Kuhl, four points behind the leader; to enter the Gold fleet in third position is the Italian Alex Demurtas. The American Gil Hackel and the Irish Rocco Wright complete the top five.

The girls’ ranking is led by Ewa Lwandowska from Poland, followed by Italian Lisa Vucetti and Ukraine Alina Shapovaolva.

Italian team leader, Nicolas Antonelli said, “The regatta still has long to go. We are satisfied with the results obtained by the Italian team so far with all the athletes being qualified for the finals in the Gold fleet. In the finals there are still many points at stake, we have to keep concentrated but the guys are proving to be up to the situation.”

Now that  qualifications have been completed, the Team World Championship will start tomorrow morning and over forty national teams have already confirmed their participation.