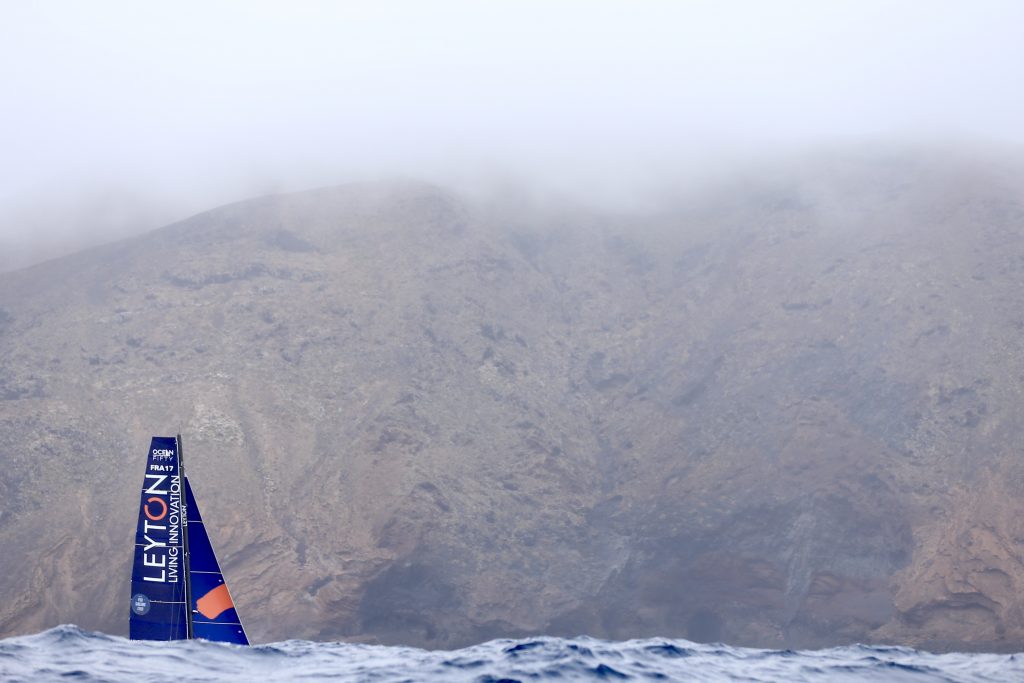 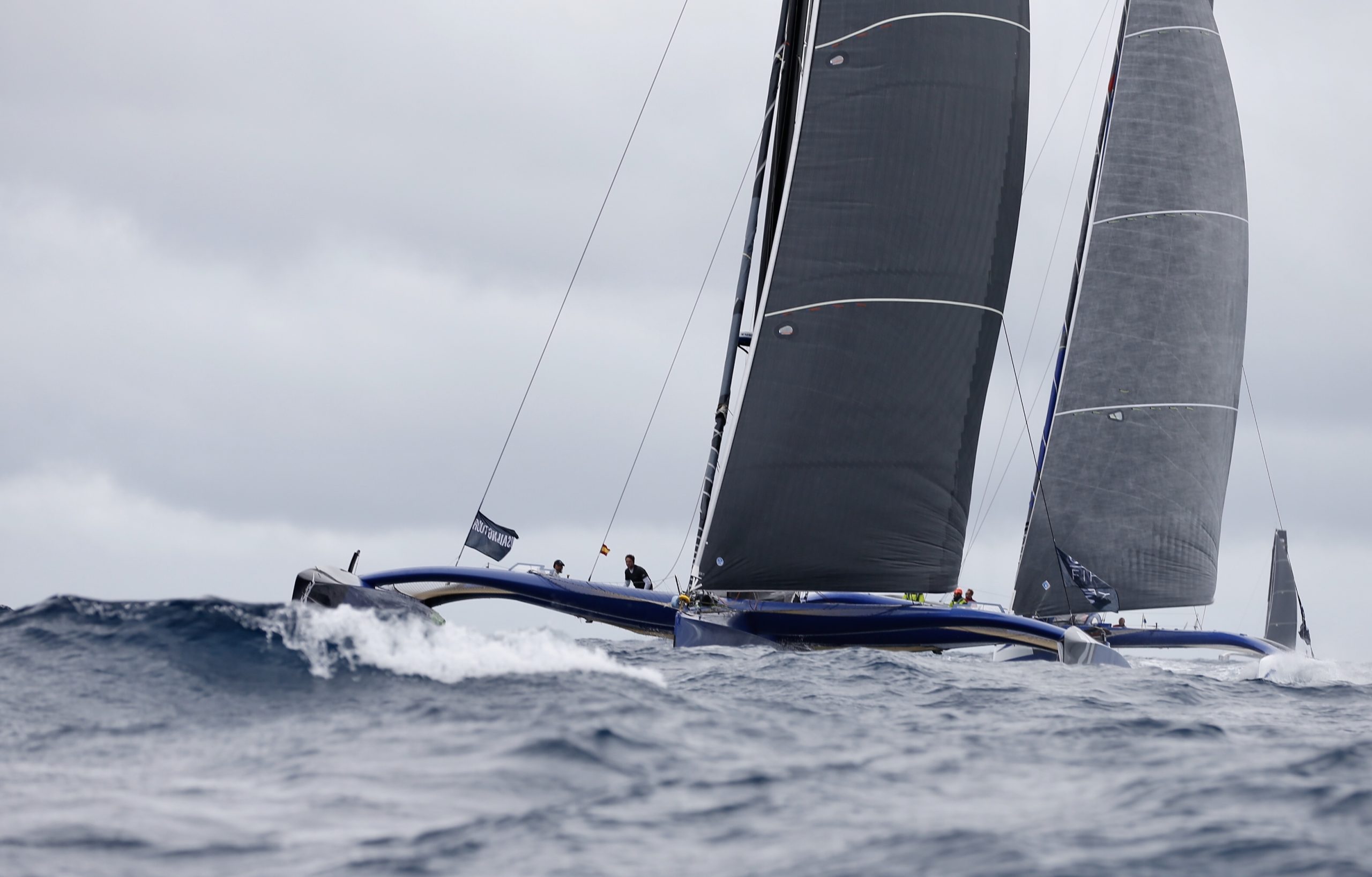 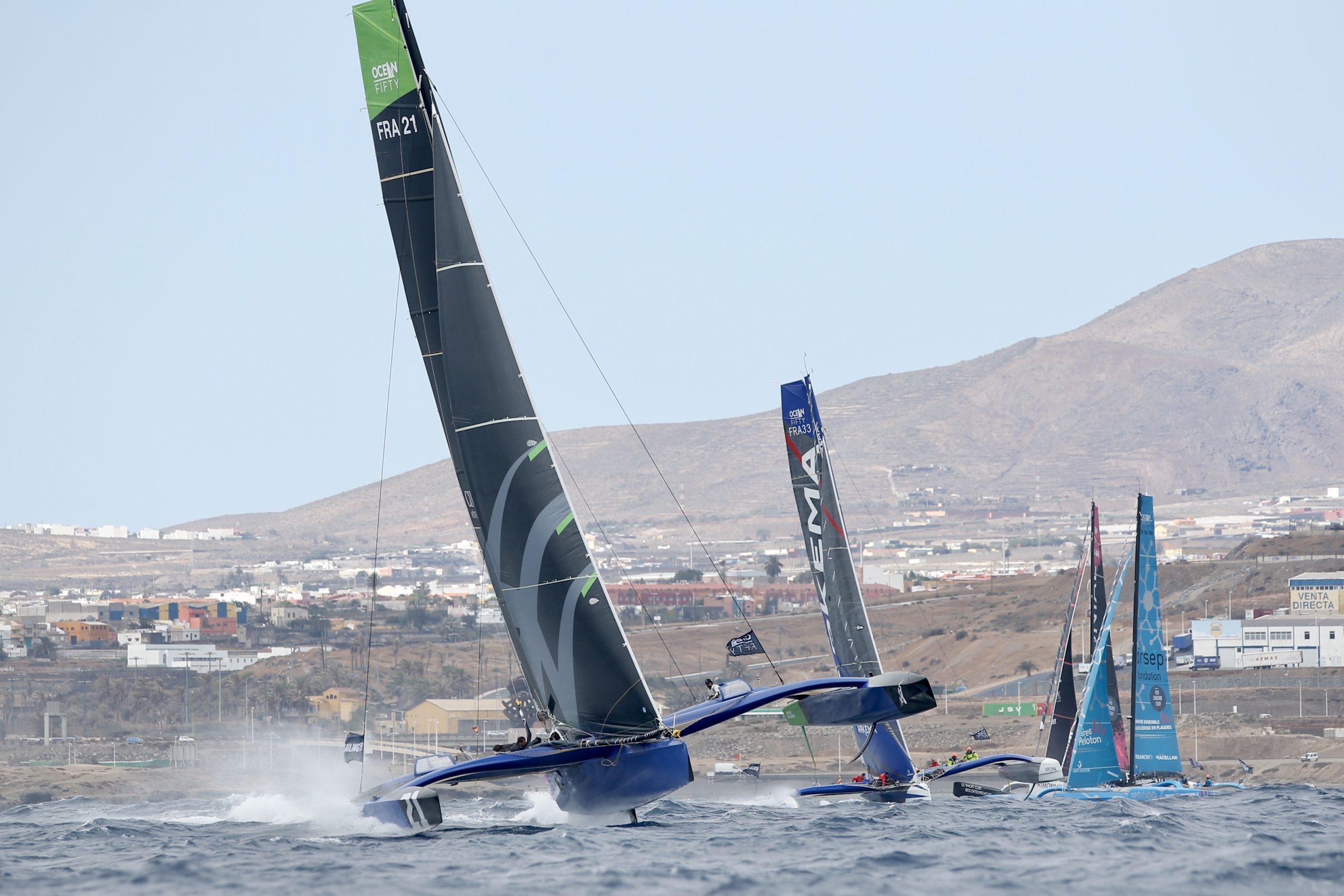 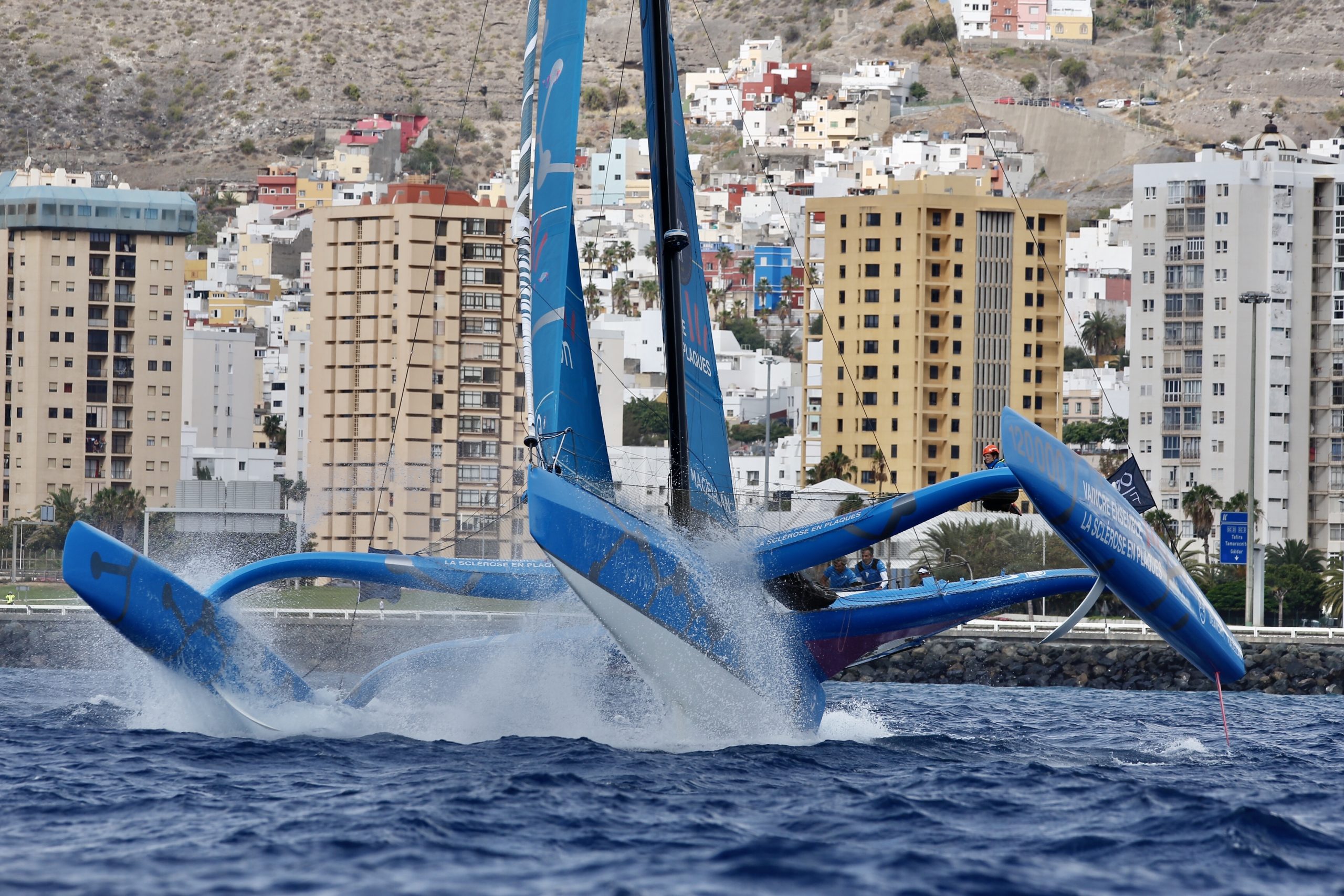 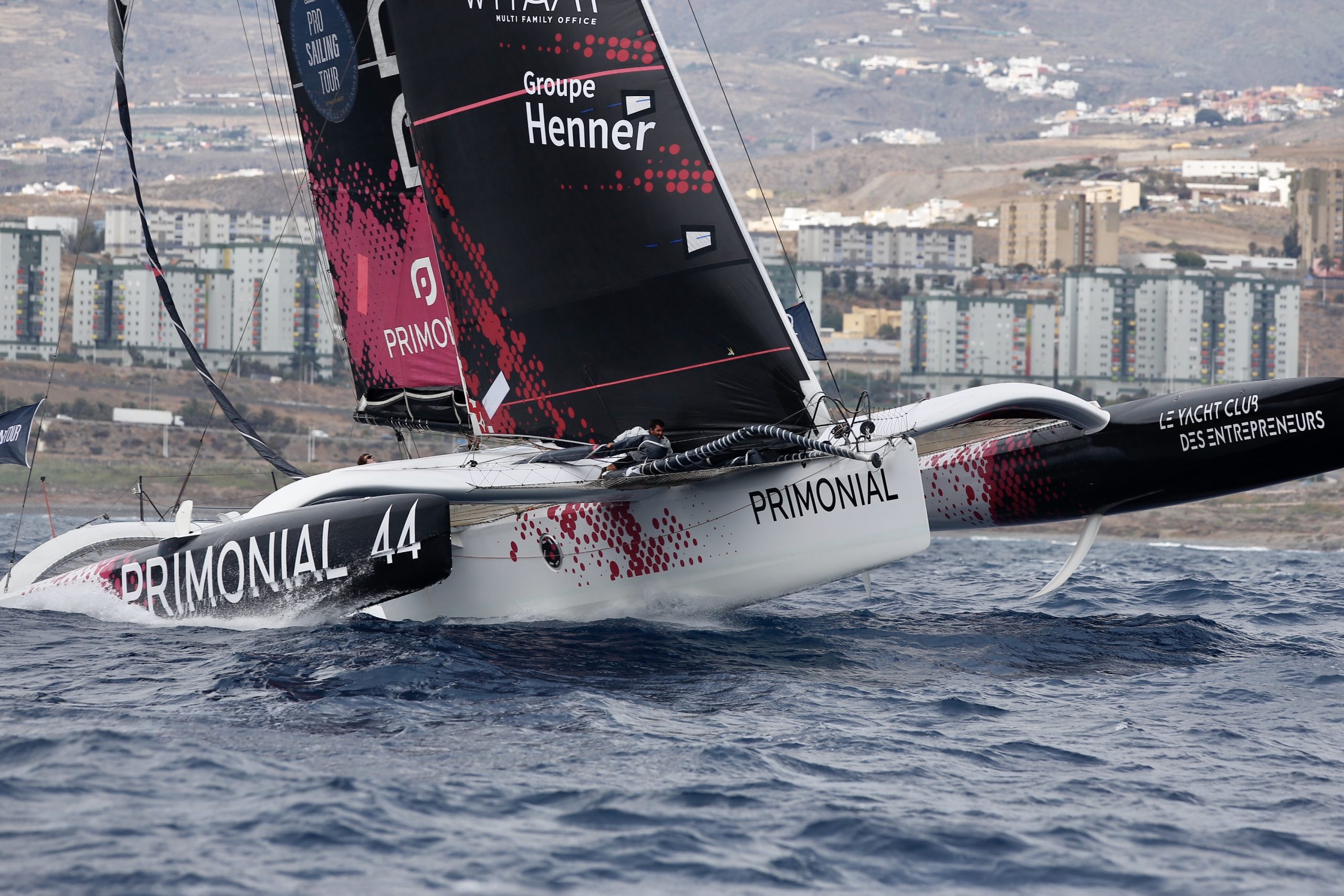 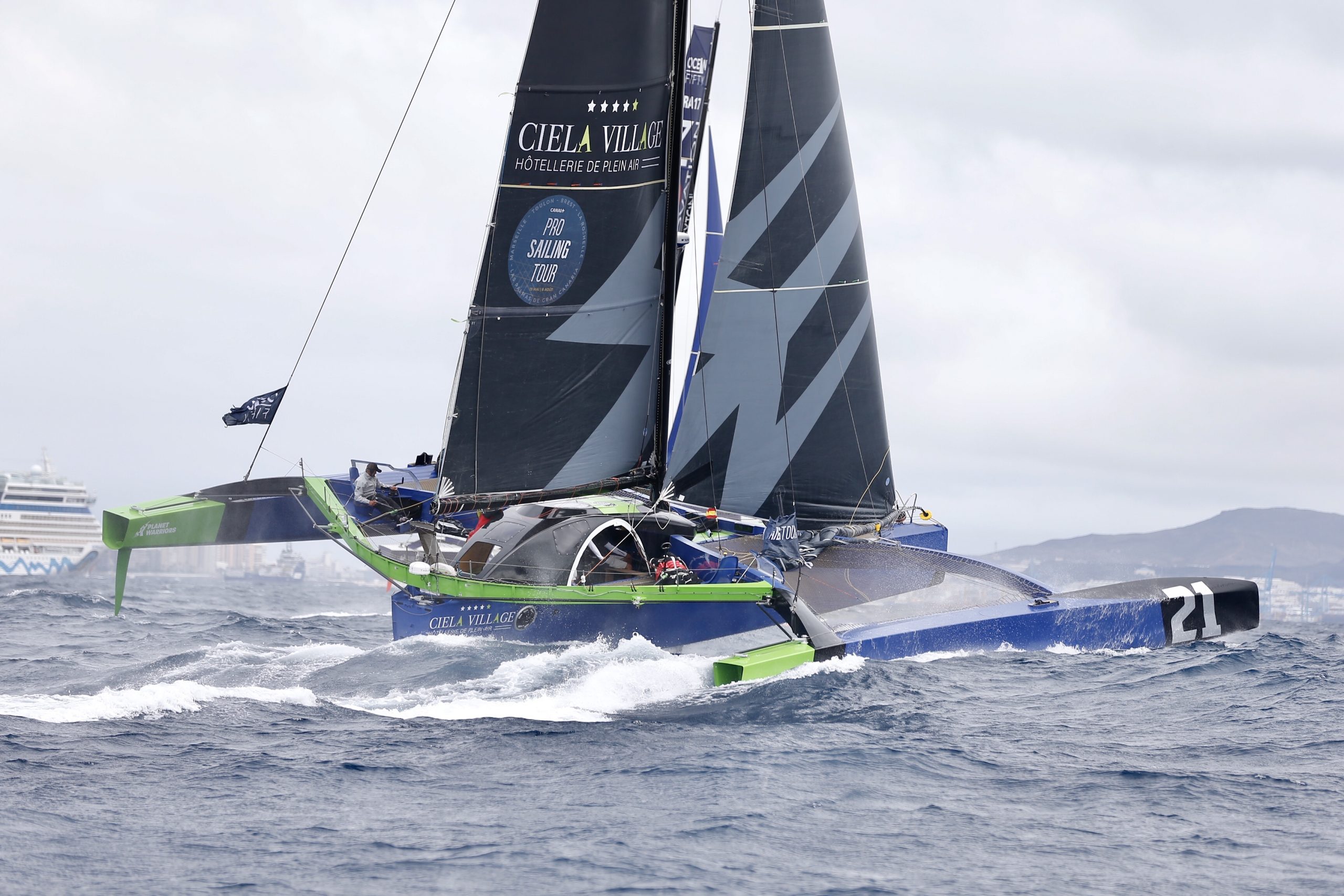 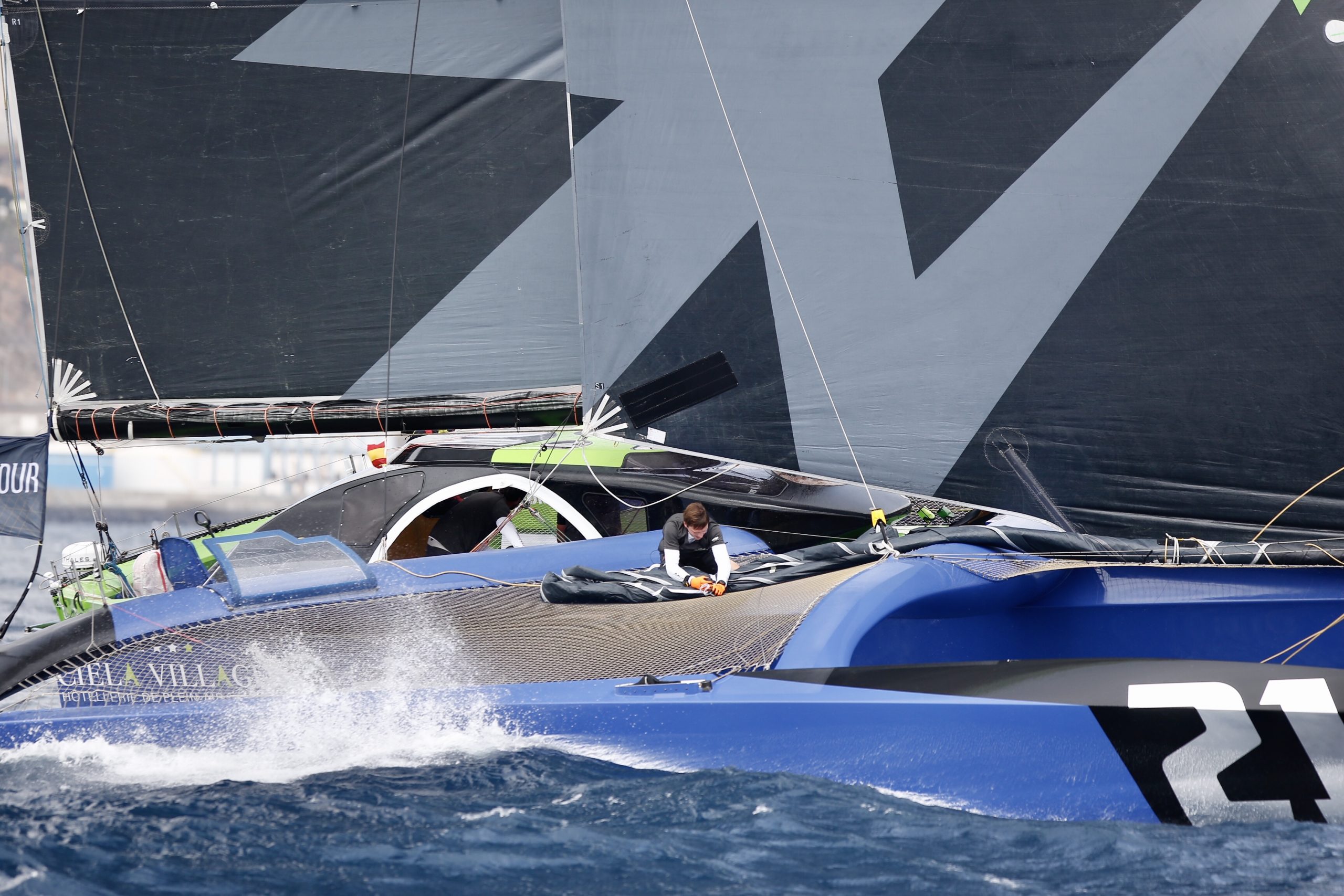 Goodchild reflected on his teams results, “It’s nice to win when the racing is tighter. Our small lead point is perhaps keeping things simple, although this weekend it wasn’t easy with lots of manoeuvres and decisions to take the right options and all in a venue, we are not very familiar with. Today we were a bit scared when Arkema 4 came back to within three points. Fortunately, winning the third leg of the day saved us.”

The four days of competition ended today for the offshore Ocean Fifty fleet with ideal conditions on the final 20-mile coastal race in the Las Palmas de Gran Canaria stage of the Pro Sailing Tour.  The coastal race from San Cristóbal and on around La Isleta towards the beach of Las Canteras was followed by two races in front of the Barra de la Barra of the popular Canary Island beach and a final course back to San Cristóbal, which nearly provided a dramatic reshuffle to the overall standings.

Arkema 4 was the boat of the day. The boat skippered by Quentin Vlamynck won three of the four races sailed and seriously contended Leyton’s lead, who would see their points cushion diminish on the weekend races. Sam Goodchild’s boat had an irregular day (2nd, 4th, 1st and 6th). But in the end it was enough to win his third consecutive title following Brest and La Rochelle. He was joined on the podium in Gran Canaria by Arkema 4 (two points behind the champion) and Erwan Le Roux’s Ciela Village.

The Canarian Olympic champions Luis Doreste and Domingo Manrique sailed as guests on board Leyton and Arkema 4. Partners on board the Flying Dutchman with which they won the gold medal for Spain in Barcelona 1992, this time they lived the intense battle for the victory from rival boats. The Arkema 4, in which Manrique sailed, won the first race of the day ahead of Doreste’s Leyton, which was 37 seconds ahead after an hour and a half of racing. Both enjoyed the adrenaline fuelled sailing on board the Ocean Fifty, which in the case of Manrique meant sailing at the highest speed of his sporting career, as he declared at the end of the day.

Episode 3 of the Pro Sailing Tour concluded following four days of competition and a full program consisting of eight coastal races and a 24-Hour Challenge in which the Arkema 4 set a new record for the round Gran Canaria: eight hours and four minutes. Five of the seven teams achieved partial victories at some point during the event, showing an equality that had not been seen in the previous events of the season, and only two points separated the top two finishers (compared to 12 in La Rochelle and 14 in Brest).

Gilles Chiorri, regatta director of the Pro Sailing Tour said, “The event has proved just what an excellent choice it was to come to Gran Canaria. A good place to sail, both for wind conditions and sea conditions. The teams have evolved a lot since the first event of the season, although we still see room for improvement.”

The Pro Sailing Tour 2021 will be decided in the final stage race linking the French towns of Toulon and Brest. An ocean course of 1,650 nautical miles between the Mediterranean and Atlantic coasts of France. Sam Goodchild’s Leyton leads the provisional ranking after three events.