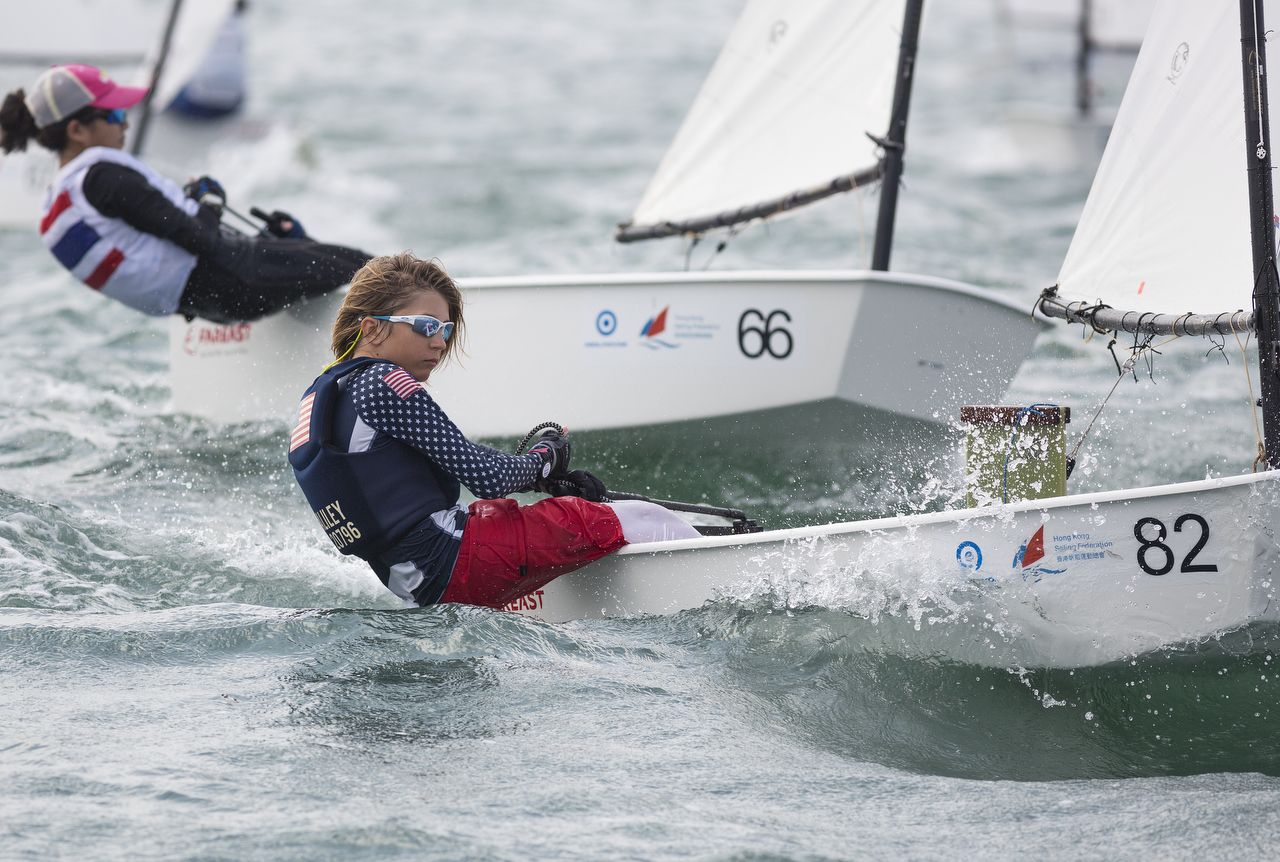 There were ideal conditions today; sunny skies and 12 to 20kts across the racetrack.  Coming into Day 4 of the Optimist Asian & Oceanian Championship, Thailand’s Jedtavee Yongyuennarn, Turkey’s Demir Dirk and Thailand’s Panwa Boonnak were the top three contenders on the leaderboard.

Two races were held for both the Yellow and Blue fleets off Stanley Bay with the only challenging conditions the competitors had to contend with being a 1 to 2kts spring tide running across the race track.

After two inspired races, Singapore’s Muhammad Daniel Kei Bin Muhammad Yazid jumped from 4th to first overall with a 1st and 2nd. He now has a commanding lead on the fleet with a total of 28 points; 15 points ahead of his nearest competitor Demir Dirk from Turkey who maintains his 2nd place overall position with a 4th and a discard today. China’s Xilun Lin is currently 3rd overall after coming 15th and 7th in today’s races.  Lin is five points behind Dirik.

Another jump of the day was from Singapore’s Faith Hailey Toh who sailed her way into 4th overall from 8th after her 2nd and 6th place finishes today. Faith is currently the top girl followed by China’s Yiyin Zeng in 12th and Thailand’s Intira Panpiboon in 13th.

Going into the Finals, five different nations are represented in the top 10; Singapore, Turkey, China, Thailand and Hong Kong.  The top Oceanian competitor is Australia’s Benjamin Hicks who is currently 39th overall.