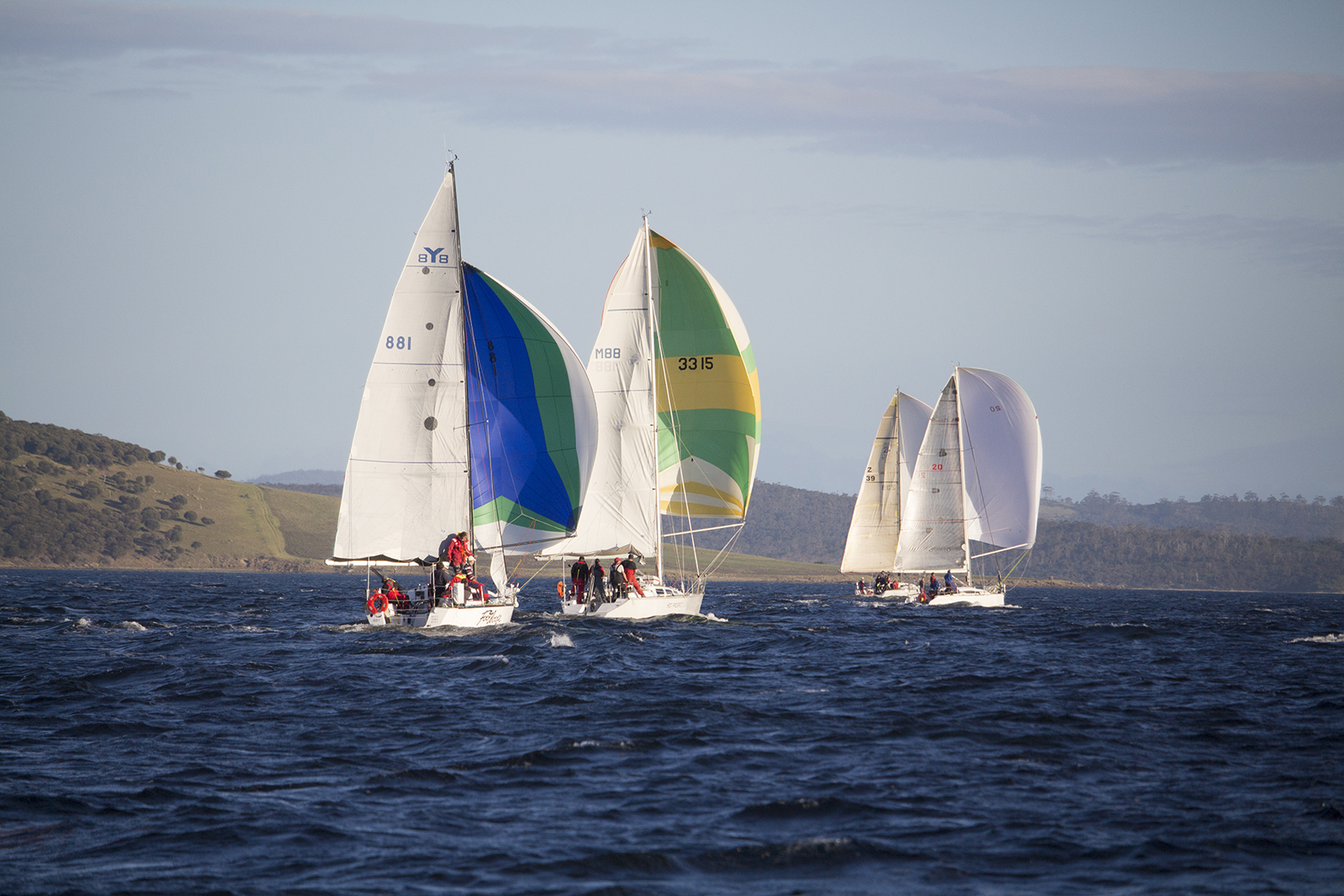 Smaller yachts at the start of the Maria Island race on Friday evening. Photo Penny Conacher.

Hobart yachtsman Peter Cretan missed being aboard his yacht Tilt when it took line honours in the 180 nautical mile TasPorts Maria Island Race today – because he was to sing with the TSO choir in the famous Wagner opera,  Tristan & Isolde, tonight.

Tilt crossed the Castray Esplanade finish line just after 5pm, skippered by Rob Armstrong while Cretan had to follow the overnight race on the Royal Yacht Club of Tasmania’s Yellow Brick tracker.

“I’m thrilled with the result, our first line honours in a long offshore race, but I just couldn’t take the risk of still being at sea when the opera started; it is one of the greatest operas of all time,” Cretan said as he helped the crew pack away the boat back at the RY marina.

“However, my wife Catherine and son George were among the crew of 12…they all sailed a brilliant tactical race.”

Tilt took the lead in the early hours of Saturday morning when the race leader, Gary Smith’s The Fork in Road, was forced to retire after losing steering.

The Bakewell-White 45 was preparing to gybe and round Tasman Island  in a vicious 35 knots  westerly and a very lumpy seaway when the boat suddenly came head to wind, the huge mainsail flogging.

Sklpper Gary Smith said early today am examination revealed that both chains had come off the sprockets of each of the twin steering wheels. “A most unfortunate coincidence,” he said.

The crew rigged an emergency tiller which enabled them to steer The Fork in the Road into the shelter of Stewarts Bay. They boat returned to Hobart this afternoon after the crew had repaired the steering daylight.

Tilt, which at that stage (about midnight  Friday) was about two miles astern of The Fork in the Road, also had problems in the strong wind and lumpy seas,  blowing out a tacking line.

“We were most disappointed at the retirement of The Fork in Road,  as it was looking like being a boat for boat race for line honours…and we were confident of winning,” Cretan added.

With the wind on the Derwent dying away last evening, Tilt looked to be in a strong position to also win the PHS and IRC handicap categories, but is not entered under AMS.

As Tilt cross the finish line, the next boat, Michael and Michelle Denney’s Wild West, was sailing across Storm Bay, 18 nautical miles astern.

Tilt’s next major offshore race will be Launceston to Hobart at the end of December – and owner Peter Cretans to be aboard.