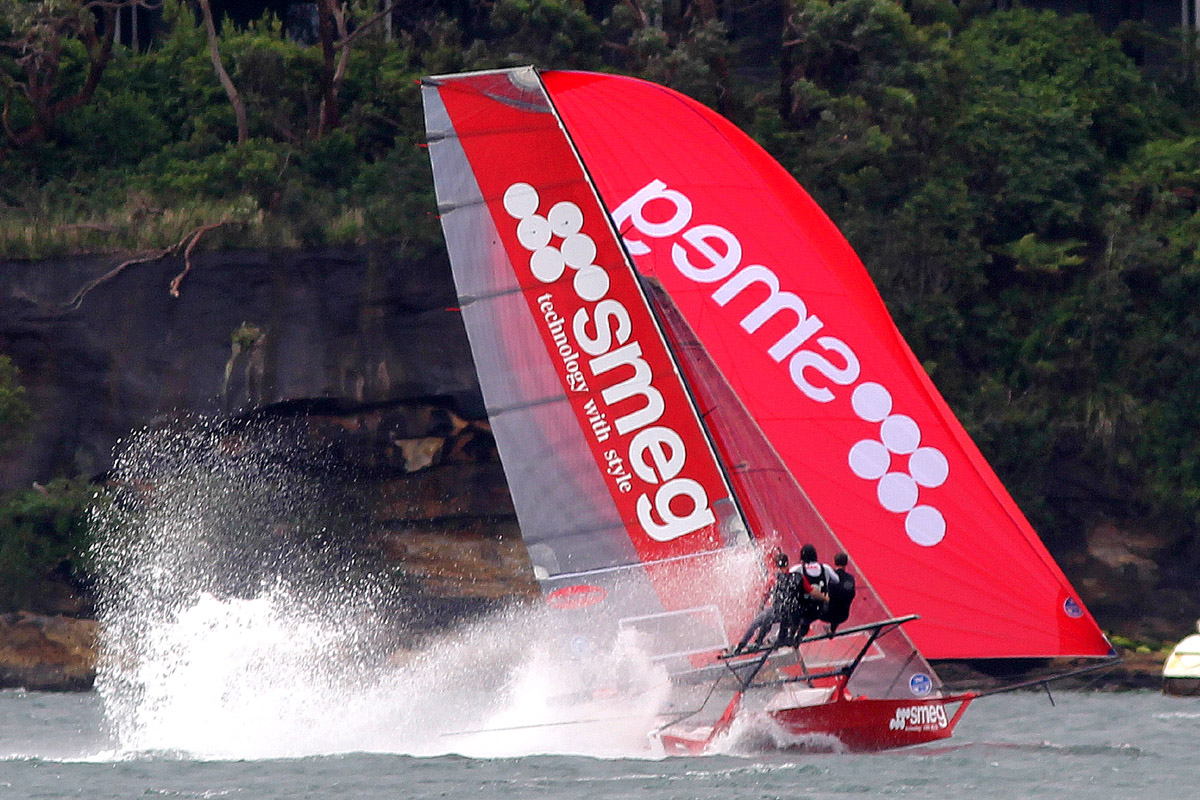 A fleet of 20 teams are registered to compete with the club during the 2016-2017 Season, including three rookie 18 Footer crews, who will mix it with 17 of the hottest 18ft Skiff crews in the world.

“We are in a much better place this season than last year as we were madly trying to finish off the new boat in time for SRD (Sail Registration Day).”

“Having the same boat and the same crew is a positive and we are just looking forward to competing every week and we’ll see what happens.”

“I think this will be another year of close racing with anyone of the top teams capable of winning races in their favourable conditions.“

“There are also plenty of new teams with young talent coming through, which is encouraging for the League.”

“Come February and March for the JJs, the Kiwis, particularly Yamaha, will be tough to beat, and will give it everything to beat us Aussies on our home track.”

One of the biggest changes in the new season’s fleet is the absence of the Gotta Love It 7 sponsorship, which was so successful for many years up until the 2015-2016 Season.

Good news, however, is that the 8-times JJ Giltinan champion and former skipper of Gotta Love It 7, is not lost to the fleet.

Seve has joined the Asko Appliances team and will sail as sheet hand.  Marcus Ashley-Jones will skipper the Asko team and Jeronimo Harrison is for’ard hand.  The new team will compete in the skiff which raced as Gotta Love It 7 last season.

Marcus is looking forward to the new season:  “I’m very excited to go sailing with Jeronimo again, and Seve this season.”

“Jezza is making a comeback after undergoing a few rounds of knee surgery last season.”

“The big fella is rated as one of the best bowman in the business and it won’t take him long to find his feet.”

“He'll be going off like a raw prawn up there”

“Seve steps in for the retiring Dozza (James Dorron) who has hung up the wetty boots to focus on his real estate business and dating apps.”

“This has been talked about as one of the biggest moves since Buddy Franklin left the Hawks for the Swans.

“Phil and Crt (from ASKO) are super excited about the new team. Last year we were all sizzle and no sausage.”

“With the big Seve on the main sheet, we will surely be able to keep the mighty Asko bucking like a bull in the front bunch”

Michael Coxon, the 2006 and 2007 JJ Giltinan champion and current NSW champion will again skipper Thurlow Fisher Lawyers and has the same team of Dave O’Connor and Trent Barnabas with him for the major championships in the new year.

National 16 Footer champion Peter Mackie will replace Trent during the first half of the season while Trent follows the fortunes of his young sons as the progress through the junior sailing ranks.

As Ricky Bridge said, there are many other strong teams who will again line up to challenge last season’s championship winners.

Yandoo (John Winning), Appliancesonline.com.au (David Witt), a brand new skiff for De’Longhi (Simon Nearn), Coopers 62-Rag & Famish Hotel (Jack Macartney) and Compassmarkets.com (Keagan York) will again be amongst the leaders while big improvers last year like Peroni (Nick Daly) and Noakesailing (Sean Langman) should continue to move towards the top of the fleet.

1996 JJ Giltinan champion Stephen Quigley spent several years coaching junior sailors in the southern suburbs of Sydney before returning to the 18s last season with his son Tom and another youngster, Sam Ellis.

The success of Stephen and his young crew was spectacular and they have been rewarded with a move into The Kitchen Maker skiff.  The experience they gained from last year’s campaign will see the team also move closer to the head of the fleet in the major championships.

Last year’s two rookie skippers Ash Rooklyn and James Ward had great first up campaigns and look set to go to the next level in 2016-2017.

Rooklyn will again sail the Noakes Youth skiff and looks likely to better the sensational 7thplacing in the 2016 JJ Giltinan Championship.

James Ward and his totally rookie team were a huge surprise.  They finished 9th in the Australian Championship with an older Mojo Wine skiff, and have been rewarded for their effort by securing the one season old Triple M skiff for this year.

The League’s policy of encouraging new teams into the 18s will continue again in 2016-2017 with rookie teams led by Jack Sprague (Mojo Wine) and Jacob Broome (Panasonic Lumix) and Jordan Girdis joining the League fleet.

Pedro Vozone’s Haier Appliances team has a newer skiff this year and this young team should also improve in 2016-2017.

The competitive strength of the fleet is extremely high and we expect consistency will be an important part of success during an exciting 2016-2017 Season at the Australian 18 Footers League.

The Club’s weekly spectator ferry will follow the racing as usual. It leaves the Double Bay Public Wharf, alongside the clubhouse and rigging area, at 2pm and gives patrons an excellent view of the most exciting racing on the world’s best harbour.