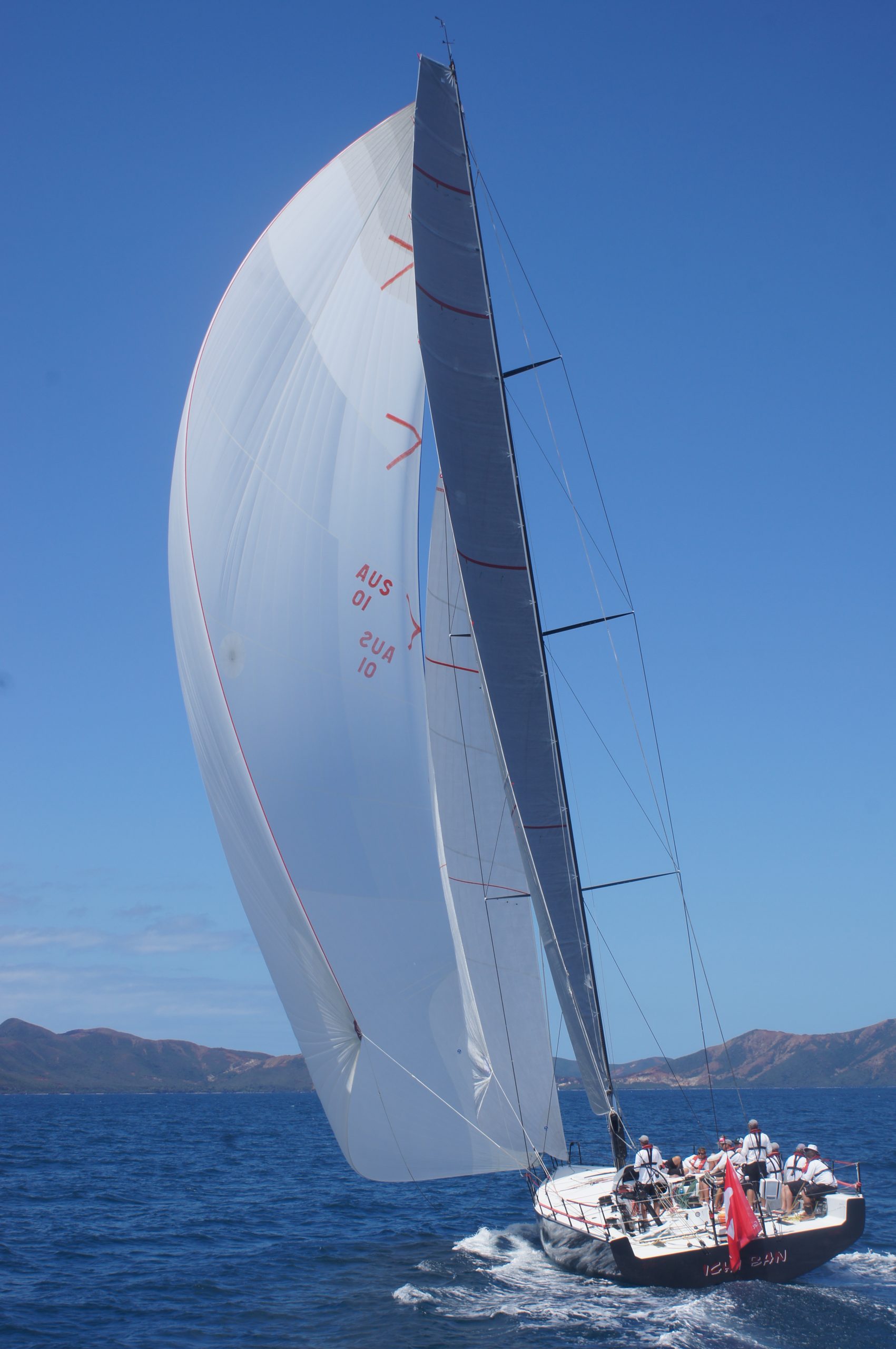 Ichi Ban at the finish of the Groupama Race. Photo Phil Ross.

First time multihulls have been allowed in the Groupama New Caledonia race and what a record VOdafone has set. But monohull Scallywag (ex Ragamuffin) has also made a big impression, followed by Beau Geste.

Ichi Ban, however, has not been able to keep attached to the same breeze and wallows still 80nautical miles from the finish.

Finishing just 33 minutes two days after starting the race the Vodafone trimaran averaged over 20 knots for the race including an over 30kt ride at one stage during the circumnavigation.

just 13 hours later, Scallywag crossed the finish line as the first monohull. She kept up with Vodafone for the first night but once the breeze swung round at over 20 it she lost touch.

As North Sails crew member on the NZ tri, Paul Murray, said later, “we had no doubt we were going to beat a 100' monohull!”

Scallwag has broken the previous record of the New Cal race  with some long over 20kt sleigh rides.

Hong Kong entry Beau GEste is currently sitting on top of the IRC leaderboard finishing not long after the old Syd Fischer yacht.