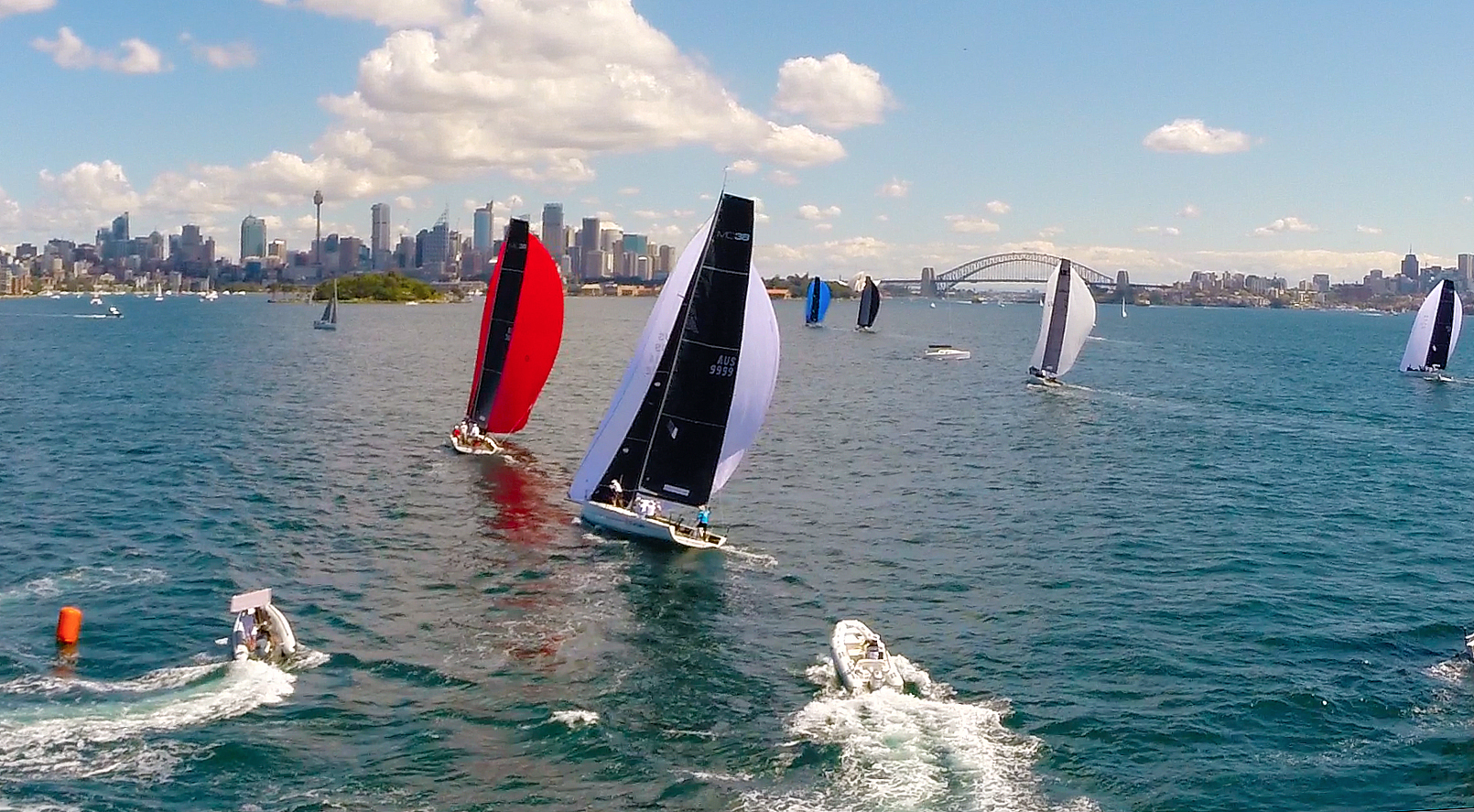 The dominance of the MC38 class by Leslie Green’s Ginger continues with yet another triumph, this time the CYCA Spring Regatta sailed on Sydney Harbour over the weekend of September 24-25, 2016.

Over seven races Neville Crichton’s Maserati came within five points of the supreme Ginger racing team. Crichton reckons they can be beaten, but no one has figured out how since the full class competed at the MC38 Winter Regatta in June last year, when Howard Spencer’s Menace set up a Kiwi victory.

New Ginger crewman, Mick O’Brien, who has “a mast and middle of the boat grunt role” says the team has a ‘never give up’ attitude. “We had a dream day on Saturday; it wasn’t always easy… a couple of those races we were fourth and fifth around the top mark and we managed to grind away downwind. Our two wins…one was by five seconds and the other by two seconds. We worked really hard and got them on the line.”

At 80 something, Green is an inspiration to the class and wider sailing family for his ability and endurance on the helm of these touchy grand prix racing machines. To his own team he’s a motivating leader. “It’s definitely a team; no egos, they just do it for the boat, and for Leslie,” O’Brien added.

Green particularly enjoyed the Spring Regatta win representing the host club, the Cruising Yacht Club of Australia, where he’s a 60-year member. In his usual light-hearted spirit he took the opportunity at the end of series trophy presentation to acknowledge his crew one-by-one and joke with the crowd.

Speaking on Ginger’s performance, runner-up skipper Crichton had these comments, “Leslie does a fantastic job, there’s no argument his is the best team out there, but he’s beatable…he’s beatable. We weren’t that far off the pace.”

If Menace hadn’t collected a DNF points give-away in race one after sailing the wrong course, their story would have had a different ending.

Commenting on a redeeming second day that moved them to third overall, Menace’s tactician Ray Davies said, “We had a much better day; we went around all the correct marks and ended up boat of the day. Neville Crichton’s boys did a good job of holding onto second and Ginger sailed a fantastic regatta. Hats off to Leslie, it’s very inspiring he can be the oldest guy in the fleet and still so good.”

Though Chris Hancock’s MC38 Vino is “more or less for sale” he’s gearing up for the four-part 2016/17 season pointscore which starts in a fortnight on Pittwater. “We are back on the horse; we’ve only been together for four weeks with some of the original guys and a few new ones.”

Hancock is excited to announce that Peter ‘Billy’ Merrington is joining the Vino program as tactician.

John Bacon thanked Clare Crawford (Assassin) for the organisation of the CYCA Spring Regatta which was sailed in easterlies on Saturday and W-WSW winds on Sunday, averaging seven knots gusting to 13 knots and down to 2 knots as the boats inched to the finish of the closing race seven, just before the rain came down and soaked crews and officials.

Royal Prince Alfred Yacht Club will host the first act of the 2016/17 Summer Series Championship on the weekend of October 8-9 on Pittwater.