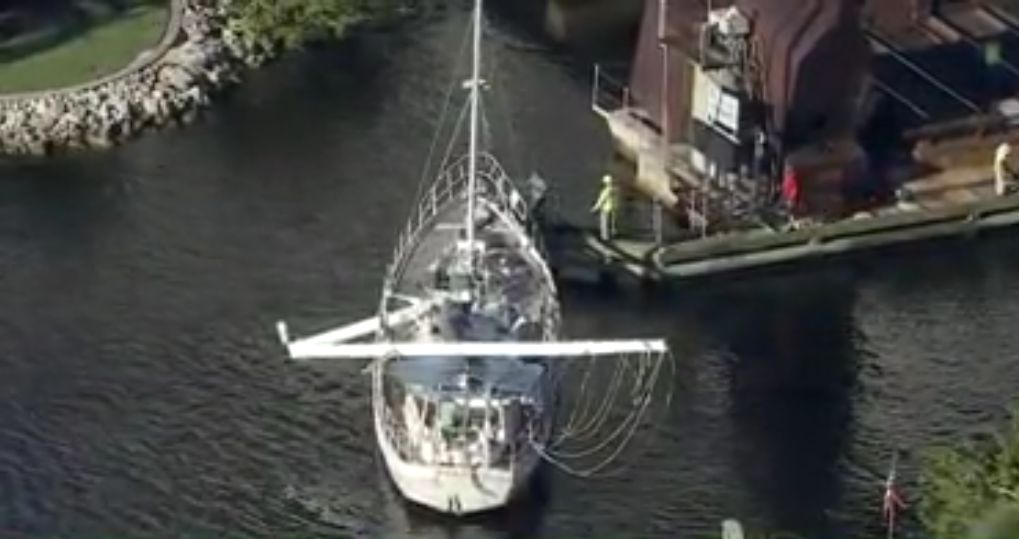 The broken mast can be seen here after the yacht hit a railway bridge.

CBS Miami reports that a person was injured when a yacht crashed into a railway bridge in Fort Lauderdale on Thursday afternoon (February 28,2019).

The US Coastguard is investigating the incident, which saw the Brightline train service stopped as the boat was blocking the bridge.

The mast struck the bridge, which has to be lowered to allow trains to pass, and the mast snapped in two.

You can see the CBS Miami video of the incident here.

The South Florida Sun Sentinal's David Fleschler reports that the Coastguard is also investigating the operations of the drawbridge, which are reported to be disrupting marine traffic.

The bridge leaves only four feet of clearance when lowered to allow trains to cross the river, barring access to the ocean for the busy marinas and shipyards to the west.

Under Coast Guard rules designed to maintain boating access, the bridge can’t be lowered more than a total of 60 minutes out of every two-hour period. The Coast Guard had encouraged boaters to report any possible violations.

“Right now we have an ongoing investigation of violations” involving the operation of the New River drawbridge, said Coast Guard Petty Officer Jonathan Lally, a spokesman for the agency.

Until recently, the train line carried only feight traffic but the new Brightline pasenger service has led to more frequent opening and closing of the bridge.

Read the full report at The Sentinal.