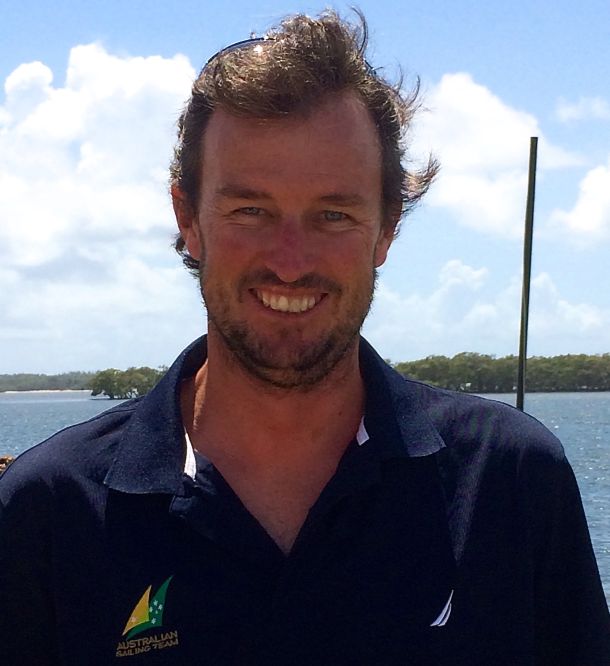 Men’s 470 Olympic champion, dual Olympian and five time World Champion Nathan Wilmot (NSW) is back on board the Australian Sailing Team after being appointed Australian Sailing 470 Coach for Women and Australian Sailing Squad Men last month. In this role Wilmot will be supporting head coach Victor Kovalenko and working closely with State and Network coaches.

As one of his new tasks, Wilmot is attending this week’s 470 Australian National Championships at Southport Yacht Club on the Gold Coast, where he is coaching Australian Sailing Squad’s 470 Women crews as well as supporting the 470 draft program. The draft program started at the end of last year in order to identify new 470 talent on the road to the 2020 Tokyo Olympic Games.

“We are very pleased to have Nathan back on the Team. Nathan brings great expertise as 470 Gold Medallist and has worked in a coaching capacity with successful international 470 athletes in recent years”, Yachting Australia’s Performance Director Peter Conde said about the appointment.

“It is great to be with the Australian Sailing Team again. It’s interesting being on the coaching side this time but it’s a nice new challenge,” an equally excited Nathan Wilmot said about his new role. “It will be great working with the 470 women and getting them to the top of the fleet. There is a lot of talent in the teams and it is an exciting time to be involved.”

Wilmot is also involved with the 470 draft program, which started with a first screening camp in November last year, includes racing at the current nationals and will conclude with a final training camp and assessment after the conclusion of the 470 Nationals next week.

“The draft has been interesting so far. It is a good concept and hopefully we can get some good young sailors coming through and to take the next step up into the 470”, Wilmot said about the program. “There are some very talented young guys sailing and racing in the draft up here at the nationals and it is great to see them racing hard against Mat and Will, who are the best in the world. We have seen some great conditions for racing so far and hopefully the next few days will be the same.”

The 2015 470 Australian Championships finish on Sunday 15, February with Australian Sailing Team’s 470 World Champions Mat Belcher (QLD) and Will Ryan (QLD) leading after two days of competition and winning four out of five races.

Nathan Wilmot won Olympic gold in the Men’s 470 class (two-person dinghy) with crew Malcolm Page at the 2008 Bejing Olympic Games. The duo also won five world titles in the 470 class. Although successful in the dinghy class, Wilmot also is an established ocean-racing yachtsman. The 35-year old comes from a sailing family with his father competing at the 1984 Summer Olympics and his uncle at the 1988 Summer Olympics. His Uncle Hugh Treharne was tactician on the America’s Cup syndicate, Australia II in 1983. His sister Kimberley is editor of Australian Sailing + Yachting magazine and his brother Jeremy works for North Sails in the USA.