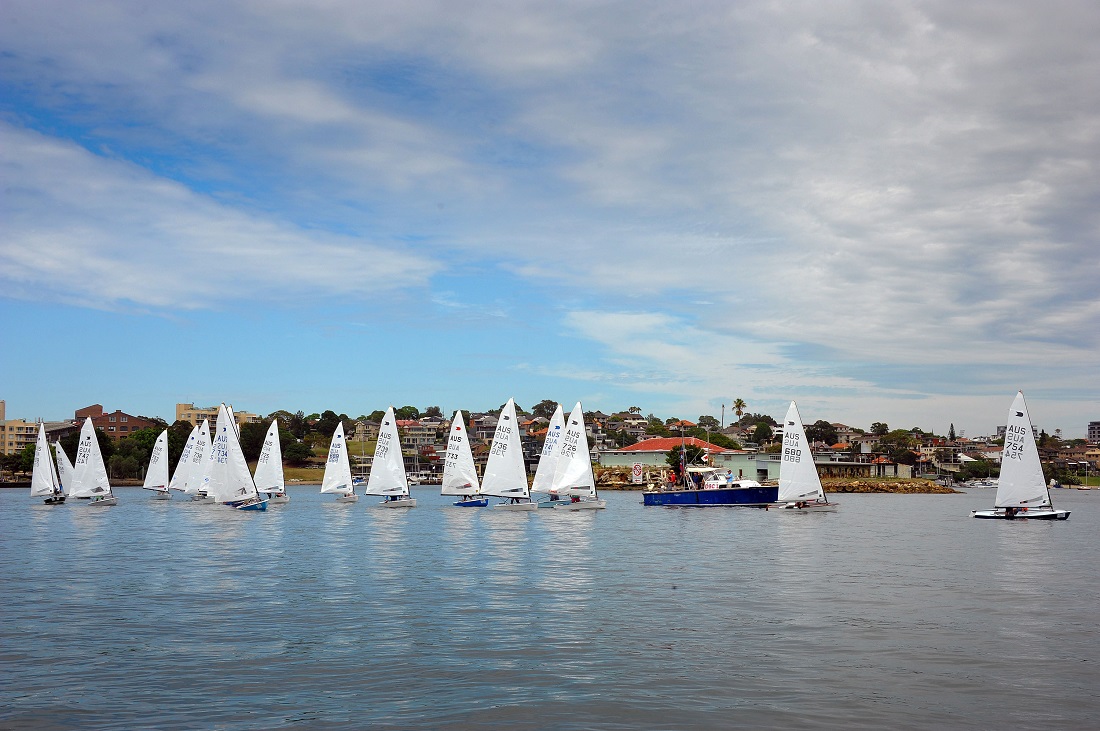 OK Dinghy sailors and Drummoyne Sailing Club (DSC) members today farewelled Bill Tyler, a 45-year stalwart of the class, who died from multiple myeloma on December 6 after a two year battle with the disease.

With the OK National Championship being hosted by the Sydney Club, the timing was right for those who wanted to bid farewell to their mate this morning shortly after 11am with a sail past.

Victorian sailor Andre Blasse, a class stalwart himself, organised his fellow sailors on the bay in front of the Club to sail past to honour their mate.

“Bill spent so much of his life with the OK Dinghy class,” DSC Commodore, Grant Wakefield remembered this morning. “He was responsible for getting me and many others into the OK.”

Bill was just the sixth person to be inducted into the International OK Dinghy Hall of Fame. He sailed in the OK Dinghy regularly and was involved with the administration of the class at state, national and international level.

Such was the 76 year-old’s dedication, he organised and managed the 2006 OK Dinghy World Championship at Belmont on the NSW Central Coast and was recognised with the prestigious Services to Yachting Award at the 2007 Australian Yachting Awards.

“He was excited that the Club (DSC) was hosting the OK Nationals – something we hadn’t done since 1994 – and he fought hard to come and race (his sail number was AUS692), but it wasn’t to be,” said Wakefield, who described the dedicated man as “uncompromising, but with a heart of gold.

“He had a lifetime commitment to the class, which meant he and wife Jan made lifelong friends around the world,” Wakefield ended.