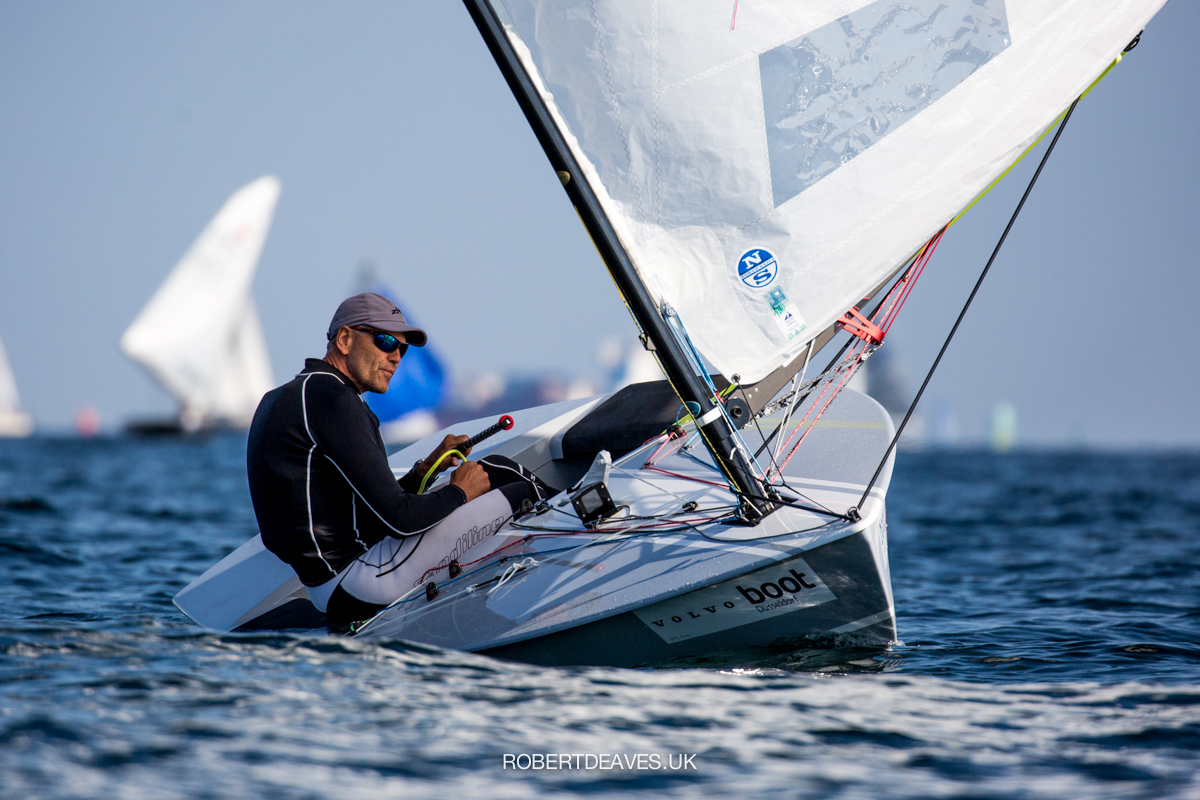 The 2021 edition of Kieler Woche in Germany got off to a sunny, but slow start for the 37 OK Dinghies taking part, with the only race of the day abandoned at the downwind mark as the already light wind became too light to finish the race.

After a General Recall, three-time world champion, Andre Budzien from Germany, started near the boat end in 4-5 knots of wind. He worked his way up the middle to round with a nice lead at the first mark from Andreas Pich (GER), and recent Danish champion, Bo Petersen (DEN).

The wind was significantly lighter at the top, and while Budzien extended to take a comfortable lead, Petersen went very low on the first reach to move up to second. However, by the bottom mark, the race committee called the race off as the wind died even further. After a further hour of waiting, the fleet was sent home.

The forecast for Sunday local time is for much better wind. Racing continues until Tuesday.

Results will be here: https://www.kieler-woche.de/en/sailing/results.php