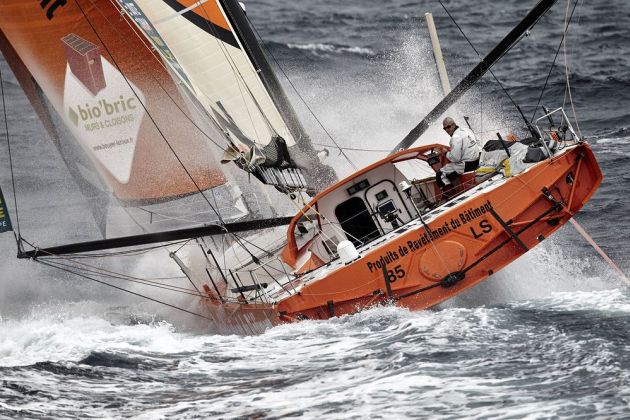 The Transat is pleased to announce ocean racing legend Vincent Riou (PRB) will once again be on start line in Plymouth and heading for America.

A seasoned offshore competitor, Riou is back to take his revenge on The Transat in 2016. During the 2008 edition, while leading the fleet, Riou was forced to jump ship and abandon the race following a collision with a basking shark that badly damaged his boat’s keel.

Eight years on Riou is again a definite race favourite among the IMOCA 60 fleet, boasting two Transat Jacques Vabre wins and a Vendée Globe victory among his many offshore accolades.

Like many of the top names on The Transat entry list this year, the 43-year-old skipper will use the 3,000-mile transatlantic race as a warm-up for the 2016 Vendée Globe starting in November.

“The Transat is a legendary race,” Riou explained. “It is difficult for both the men and the boats to make it to the finish line. This race across the Atlantic will offer many encounters with high winds and heavy seas and the competition is excellent – it’s the perfect warm-up.”

“We are delighted to have a man of Vincent’s experience back in The Transat in what is shaping up to be an extremely competitive IMOCA fleet,” said Hervé Favre, Director of offshore events at OC Sport.

This year’s edition of the race follows the course of the inaugural staging of The Transat (then known as the OSTAR) in 1960 from Plymouth to New York. It will be contested by solo skippers in four classes. In addition to the seven-strong IMOCA fleet, there will be 12 Class40 monohulls, five Multi50s and three Ultimes – the biggest and fastest racing multihulls on the planet.

The race record for monohulls currently stands at 12 days, 11 hours and 45 minutes – four weeks less than the first win by Sir Francis Chichester in 1960.