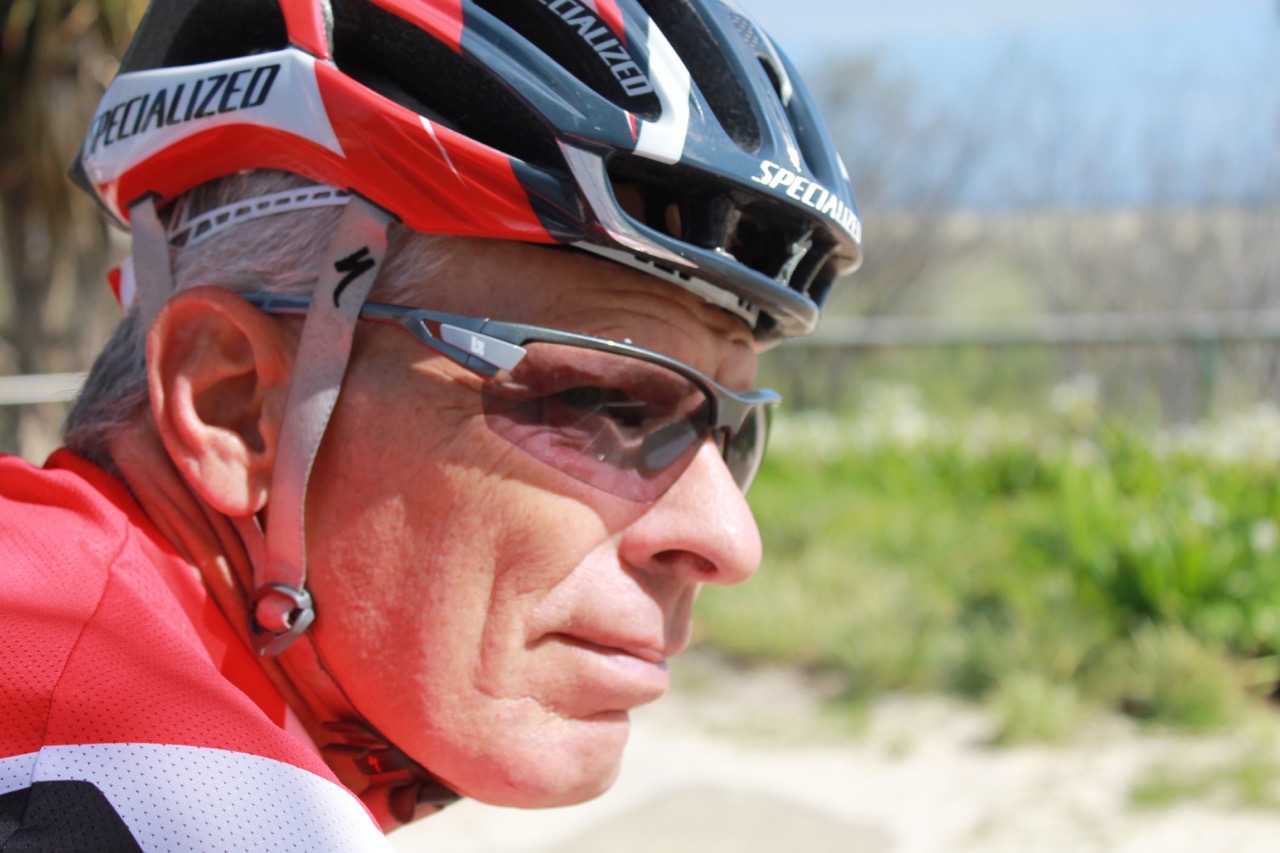 What do you get when a shoe salesman, a book and chart salesman and a sunglass salesman get together over a couple of beers?

Scott Birdsall, Christian Brook and Kevin Barr of Barz Optics have founded a company called BZ Optics to develop a non-polarised, photochromic bifocal pair of glasses. Originally developed for cyclists to use from sun up to sundown, the bifocal insert allows the cyclist the ability to to read a bike's digital computer as well. For this reason Barr reckons the glasses will suit helmspeople as well.

BZ glasses feature photochromic lenses which are clear in the dark or low, cloudy daylight, but then darken as sunlight and UV levels rise. The separate bifocal is moulded into the rear lower edge of the lens out of the way unless needed when looking down.

The glasses come as standard vision or magnification of +1.50, +2.00 and +2.50, suitable for most reading glasses wearers.
The lightweight TR90 frame has dual moulded non-slip temples and an adjustable non-slip nose piece for comfort and fit. The frame also features an easy to change lens system for fully interchangeable or lens replacement.

BZ Optics was established when Scott Birdsall (a keen cyclist, triathlete, sailor and reading lens wearer) approached long time mate Kevin Barr ( surfer, sailor and owner of Barz Optics) to assist in developing a sunglass which would offer full UV protection during pre-dawn training through to the midday glare of full sun. But with the added benefit of being able to easily read his bike’s computer; or a menu or newspaper at a cafe after the ride.

Twelve months of research led to the development of the Pho frame by one of Barz Optics major frame suppliers.

Initially the glasses were developed for cycling, but Barr figured they would also be ideal for sailing. While the glasses are not polarised, they are ideal for use in low light or night time steering when a helmsperson needs to look far ahead as well as at a nearby compass or chartplotter. The photochromic lens that reacts to light assists in reducing glare during the day.
Other suitable uses would be when driving a car or motorbike; on building work sites; and during golf or any other outdoor recreation that may require long and short sightedness.

BZs initial models will be available fitted with photochromic bi-focal readers or full photochromic, or blue-mirrored finish polycarbonate lenses. All lenses are interchangeable between any of the Pho frames.