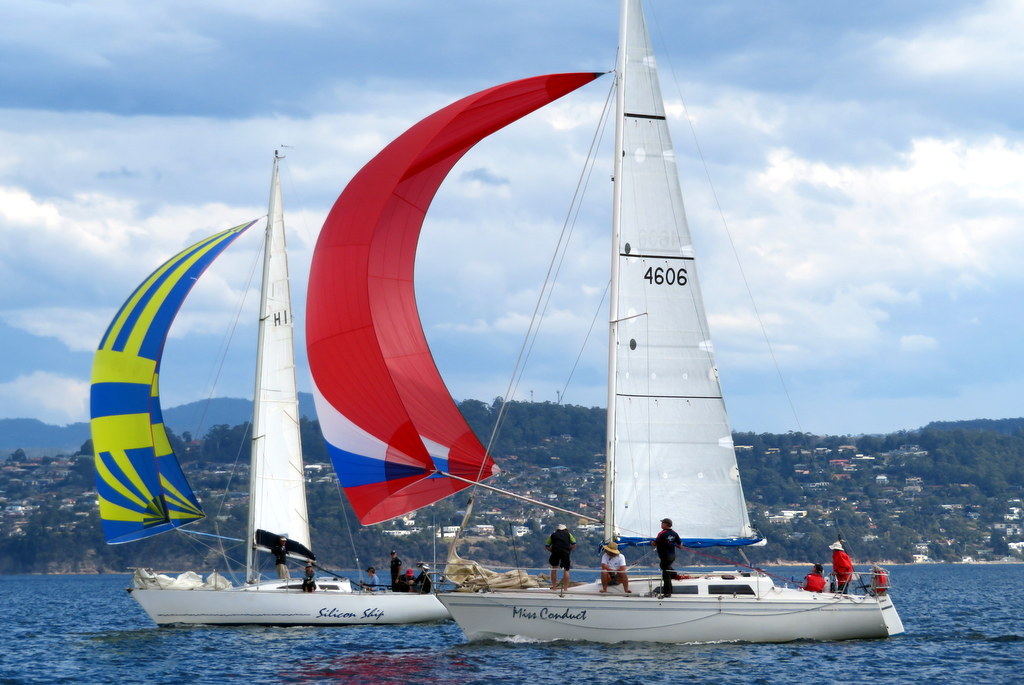 Senior Hobart yachtsman Don Calvert, now in his early 80s, yesterday added another pennant to a long and successful local and international career with his Castro 40, Intrigue.

In more than six decades of racing yachts on the River Derwent, and overseas with Intrigue at the 1985 Admiral’s Cup, Calvert has seldom missed out on a coveted season pennant.

Zephyr also took out the PHS category for Group A, finishing five points clear of Illusion (David Brett) which had been overall leader going into the final race, but finished 16th yesterday. Third overall was Cleopatra,

Winner of the last race for Group A under PHS scoring was Ciao Baby II (Gary Cripps) from Matthew Keal’s Heatwave and Toby Richardson’s X&Y.

In Group B, the ‘half tonner’ Silicon Ship (Gordon Clark and David Wyatt’s), designed by Tasmanian Walter Knoop, won the AMS category by one point from Stewart Geeves’ Young 88, Footloose. The two boats finished first and second in the final race, with 42 South (Mark Ballard) placing third.

In the duel for line honours, Peter Cretan’s Martens 49, Tilt, stamped her role as the fastest offshore racing yacht in Tasmania by beating The Fork in the Road across the line by almost five minutes.

The forecast 10 to 20 knot northerlies were delayed in its arrival on the Derwent, with the 35-boat fleet starting in almost a drifter, a 4-knot easterly breeze which later freshened to a 20-knot northerly with gusts to 31 knots near the Iron Pot.

Because of the light winds at the start, Derwent Sailing Squadron’s race officer Gilbert Leitch reduced the distance for Group 3 to around White Rock, but sent Groups A and B on the full course around Betsey Island, out in Storm Bay and return.