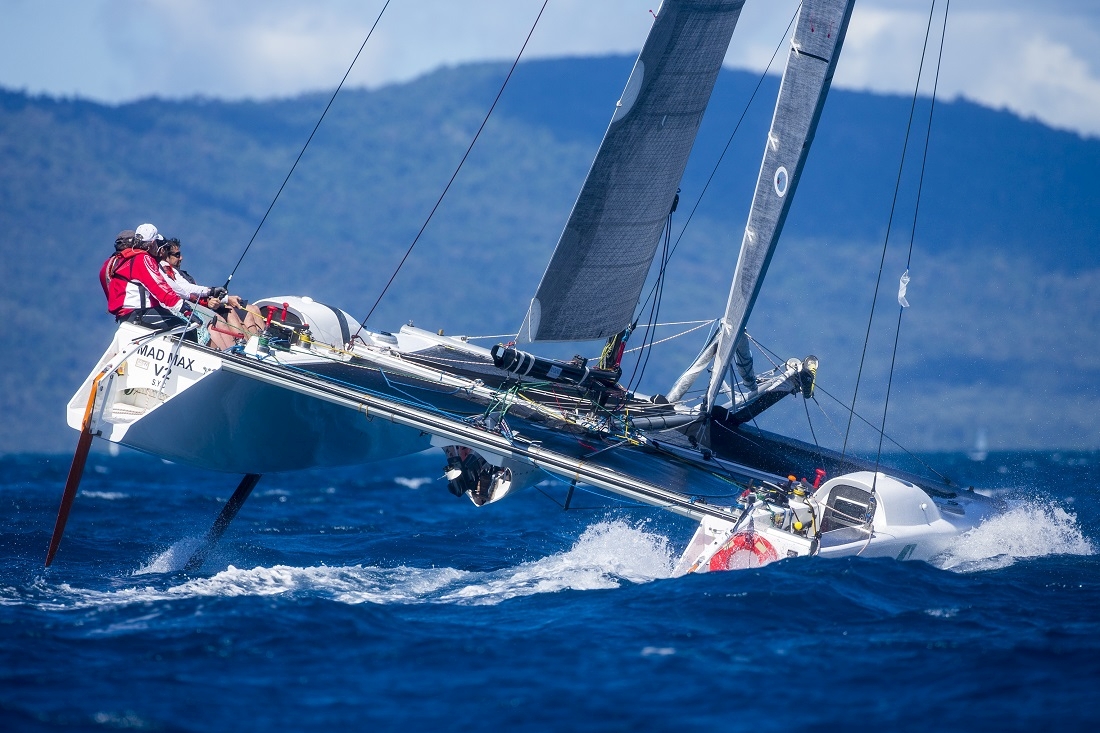 A clean-up campaign is underway in Airlie Beach in the wake of Cyclone Debbie, as Whitsunday Sailing Club officials announce Airlie Beach Race Week 2017 is definitely on, “so keep the entries coming in,” is the clear message from event officials.

“While the cyclone damaged some homes, marinas and commercial premises, it was Airlie’s lush vegetation that was hardest hit. However, it is not insurmountable and the clean-up is well in hand, thanks to the hard work of locals and volunteers,” event spokesman Adrian Bram said.

“To start things of, the event’s Supporters Launch will go ahead at the Club, which only suffered minor damage, on Thursday 20th April,” he said. “And we’re already well into planning stages for the Long Late Lunch on the Lawn that was so popular last year, a wine tasting, food stalls, fun run, an outrigger challenge and the musical entertainment.”

The Club’s annual major event, Airlie Beach Race Week Festival of Sailing is to be held from 10 to 17 August in the beautiful Whitsundays. Over 20 owners have already signed on to take part.

This follows Hamilton Island announcing its Race Week will also run as planned. Great news for these two devastated areas after Cyclone Debbie.

Among those who have re-pledged their support are Colin Pollock with his trailable yacht Tap the Goose (Qld) and Sydneysiders John and Kim Clinton’s perennial Holy Cow! (NSW), while Darren Drew will tow his cat Top Gun from Sydney. They join the many Queenslanders, including locals, who will return.

Peter and Catherine Cretan are coming out of winter hibernation in Tasmania with their Marten 49, Tilt, having last sailed these warm waters in 2015, Colin and Denise Wilson from Sydney are bringing Never a Dull Moment back having last competed in 2015, while Cam Rae is towing his Thompson 920, Poco Loco all the way from Victoria.

“I urge competitors to book their berths as quickly as possible, considering anticipated demand,” Bram finished.

For entry and Notice of Race: www.abrw.com.au/sailing/entries