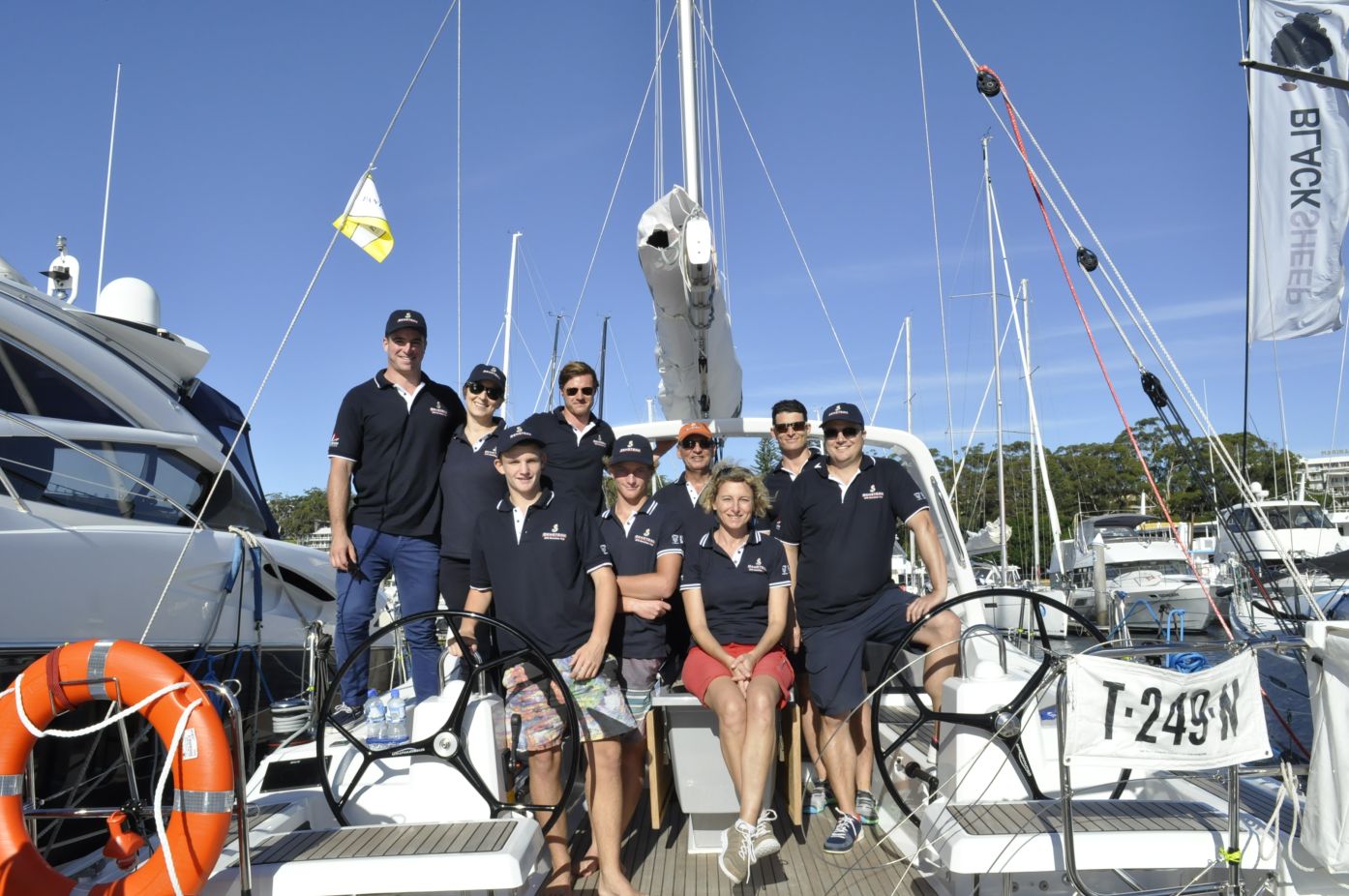 Opting for luxury over performance has long been a hindrance to many a sailor's dream of taking out the twilight title week to week. Beneteau's development may be indicative of the mindset of the modern sailor; the application of their sports package allows for the smooth transition from cruiser to club racer while holding on to everything that makes the boat great for weekends away and long passages.

Flagstaff Marine Beneteau's Director, Graham Raspass, describes the Oceanis 41.1 sports package as an addition which makes for “a more lively” sail. Sporting a chined hull design with a rounded stern, the Oceanis 41.1 already provides a responsive and stable cruise. The sport package includes:

Conditions weren't predicted to be exactly conducive to testing the yacht's full capabilities, especially with crew for whom experience ranged from first-timer to industry professional. None-the-less, we were handed our duties. With the most inexperienced member of the crew, Mia, being awarded the key duties of timekeeper and human ballast, while I (a relatively fresh sailor) was tasked with trimming the mainsheet, in what was to be an unexpectedly decent amount of wind. My job was made easier, with the option for Harken's electric winch control being included in the build. Catherine, an ex-Clipper crew member oversaw all of the on-deck operations under Raspass' direction.

Toward the Heads on the longest stretch between tacks, the boat was performing at an impressive 6.6kts with help from 8.5kts of true wind at 55 degrees apparent. Heeled over and dug right in, the hull handled the troughs with ease and sliced nicely through the crests of each wave. Feeling as though we had hit a lull in wind activity, the directive was sent from the helm to adjust the genoa cars – the sports pack has now shown a true advantage. Soon after, the backstay was tweaked and we were back to what felt like motoring through the heads at 6.5kts in 8.8kts of true wind.

By now, after rounding Cabbage Tree Island, we'd zeroed-in on the mark. To me this mark represented what we'd come out for; the moment we'd hoist the chute, to test the true capabilities of this sleeper. With the wind picking up to a respectable 12kts, and still hitting predominantly on the port side, we let her go in what looked like the sudden deployment of a giant base jumper's parachute to starboard. Moving with haste at 8kts, this 41 footer came into its own; with a shortened main, the spinnaker pulled her along with ease.

We'd reached the next mark in what seemed to be a blink, dropping the spinnaker, she had one more surprise in store. The wind had fallen to 10.2kts at 152 degrees apparent, while this 41-foot “cruiser” made a B-line for a Yacaaba Head at 8.2kts, in what was easily the best wind to speed ratio performance of the day. Watching runabouts and fishing boats negotiate the swell by sending their bows well into the air, we were at ease in what wasn't even testing for this French built, German run craft.

Rounding the headland, we let the parachute go again, along with what was the mainsheet's most eased position of the day, a seasick crew member lay on the cabin top holding tension on the boom as we sailed on into the marina at Nelson Bay. In what looked to be a space fit for a Toyota Corolla, assisted by the bow-thrusters, we backed in with ease.

The sports pack performs exactly as intended and can be included to a new Oceanis for approximately $9000. Beneteau are currently developing a Performance version for their Oceanis range of boats that will include the sports pack, plus a taller rig and a deeper keel – stay tuned for further details.