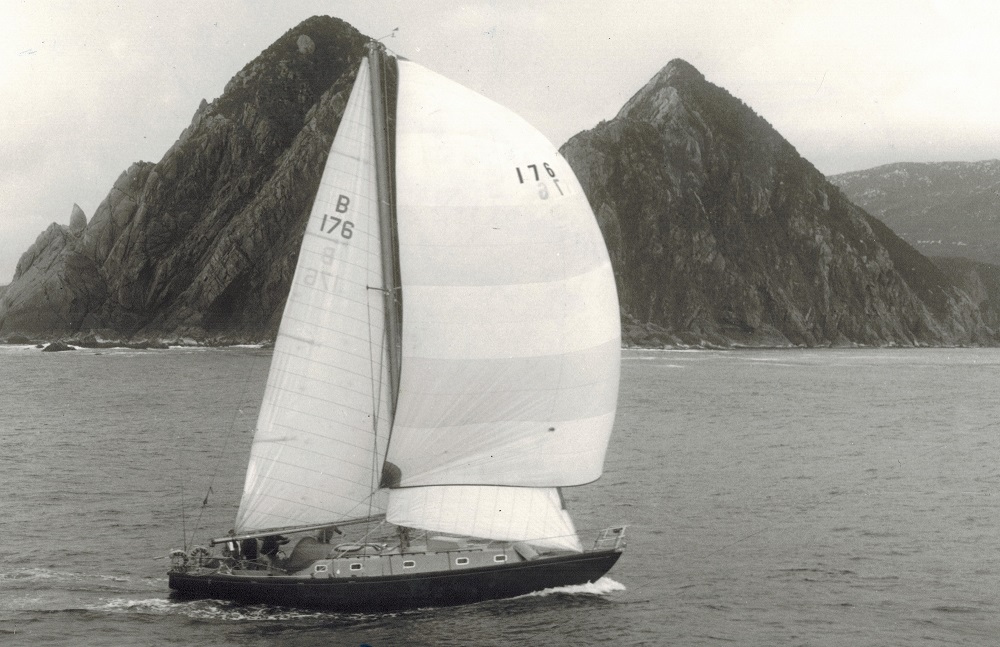 The Ocean Racing Club of Victoria (ORCV) is celebrating its 70th anniversary this year, and will be marked in a variety of ways, including a gathering of past commodores, members, committees and volunteers at Royal Brighton Yacht Club (RBYC) on 8 October; the same night ORCV season’s trophy presentation and AGM will take place.

“We have many positive things to reflect on, new and old,” says ORCV Commodore, Martin Vaughan. “I was thinking recently that just two years ago there were eight boats in the ORCV Winter Series; this year there were 62 boats across monohull double-handed, and cruising in IRC, AMS, PHS, plus multihulls.

“It shows how far we have come and how healthy keelboat sailing is, with boats representing all the Bay clubs in Victoria. It’s very pleasing for us and for Victorian sailing in general,” he ended.

What many may not realise or remember is the club, formed in 1949, undergoing a name change during the 1972/73 season; from the Cruising Yacht Club of Victoria to the Ocean Racing Club of Victoria. It was a period of great change and advancement.

According to the Commodore of the time, Stan Gibson, “This opened up a wide horizon for ocean racing in Victoria.”

One of the unforgettable results of this decision was the ORCV, organising and conducting the first ever Melbourne to Hobart Ocean Race in conjunction with the Derwent Sailing Squadron in Hobart. The race stands out as it is the only one to take yachts down past Tasmania’s world-famous west coast wilderness and Southern Ocean.

Amid opposition, the race went ahead and was won by John Marion (Ailsa) from Hobsons Bay Yacht Club in Victoria. Considered an outstanding success, the ’Westcoaster’ has since taken its place among the great major yacht races generated in and from Australia.

A forward-thinking man, Gibson was a firm believer that women were fundamental to the sport of sailing. He felt so strongly about this, that at the General Committee Meeting in June 1972, he vacated the chair to move a resolution that women owners and crew members should be entitled to the rights and privileges of their male counterparts.

“I am of the opinion that women should be accepted as members in the normal manner. At present, the constitution forbids this,” Gibson said at the time.

“When women ultimately take their place as full members,” he said, “it will help to widen the appeal of ocean racing in Victoria.”

After some discussion, the motion was carried. It was a landmark verdict that propelled other clubs around the country to follow suit.

From there, ORCV built on the Melbourne to Hobart to become the premier ocean race club in the state, including adding the Melbourne to Grassy Race (on the eastern shore of King Island) that same season. It was won by Four Winds, owned by Commodore Gibson.

Gibson went on to predict that: “The ORCV is destined to reach great heights in its own right.” He was proved correct, as these races, along with inviting women to participate cemented ORCV’s position as a progressive club, a tag that continues today.

Continuing its progression, the Club added the Melbourne Osaka Double-Handed Yacht Race to its calendar in 2013. At 5500 nautical miles, it remains the longest ocean race emanating out of Australia by quite some distance.

Three new recent initiatives by ORCV have been the introduction of the ‘Four + Autohelm', to the club’s offshore racing program; the Coastal Sprint Series, aimed specifically at helping crews make the move into ocean racing and the ‘Keep Plastics out of the Ocean’ efforts in the recent Melbourne to Apollo Bay Ocean Race.

For all information go to: https://www.orcv.org.au/sailing/races/coastal-sprint-series