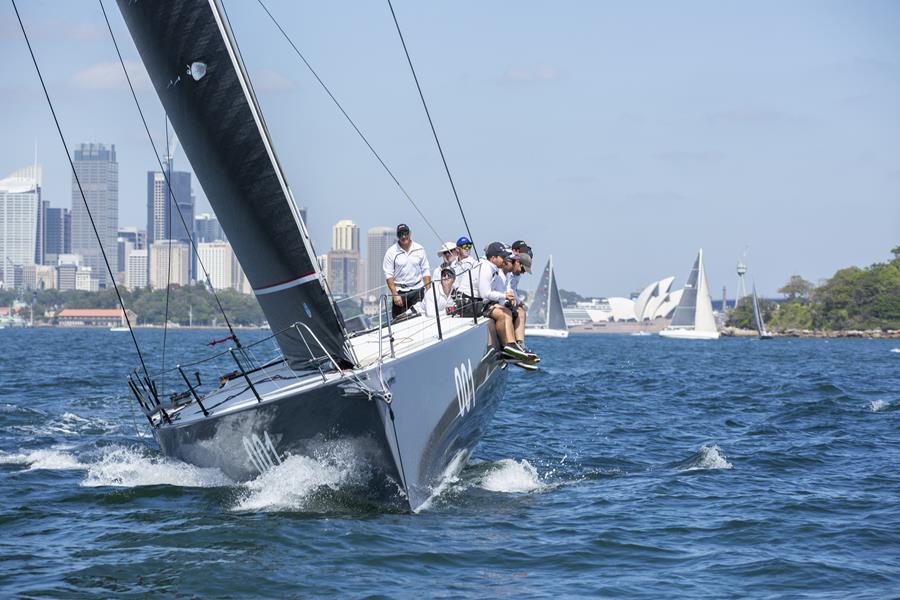 The second act of the CYCA's Blue Water Pointscore Series sets off this Saturday, in what looks to be tactical northerly conditions. Thirty-five yachts will compete in the 92-nautical-mile dash from Sydney to Flinders Islet, south-east of Wollongong, and back.

In the race for line honours, JV62 Chinese Whisper is assured to have a tough battle with RP63 No Limit. Chinese Whisper narrowly edged out No Limit in the Noakes Sydney Gold Coast Yacht Race, the first race in the BWPS.

The two crews spent most of the race side-by-side in the predominantly downwind running conditions. This weekend’s Flinders Islet Race is likely to have a mix of both upwind and downwind sailing and will exploit any weaknesses the teams may have.

Owner of Ichi Ban and last year’s BWPS winner, Matt Allen AM said, “This weekend brings Race 2 of the series and we’re looking forward to getting out there and doing some coastal racing. There’s lots of work to do before the Rolex Sydney Hobart Yacht Race, so we’re using the next few races as an opportunity to bed-in our new mast.

“We’re conscious that the other TP52s have done a lot of sailing since this time last year, and they’re going to be harder to beat,” he finished.

Also in the mix for the overall win is Cookson 50 About Time who are a competitive team skippered by Julian Farren-Price. About Time placed second in the 2018 Mount Gay Ocean Pointscore Series, and know their strength is in lighter winds at around 10 knots.

The Flinders Islet Race starts at 1000hrs on Saturday 21 September off Point Piper in Sydney Harbour.