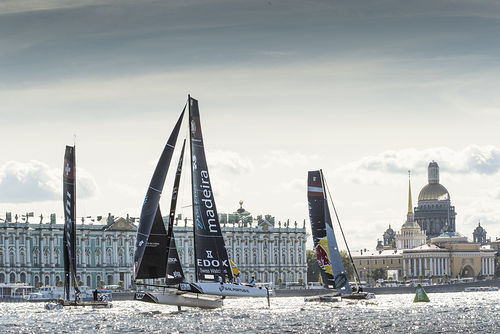 OC Sport, the creator and organiser of the Extreme Sailing Series™, has announced today that it is cancelling the fifth Act of the 2018 season due to be held in St Petersburg, Russia from 9-12 August.

The company said a combination of reasons lay behind the decision and that it had been reached after having taken into account the views of all the stakeholders involved in the world's only Stadium Racing Series.

However, OC Sport hopes to return to Russia in the future and to build on its impressive history of successful events in St Petersburg.

The 2018 Extreme Sailing Series championship has already got off to a spectacular start this year in Oman and the next event is just two weeks away at the GC32 World Championship at Riva del Garda on 24-27 May.

Other Acts on this year's calendar include Barcelona, Portugal at a venue to be announced next week, Cardiff, San Diego and the final at Los Cabos in Mexico in late November.