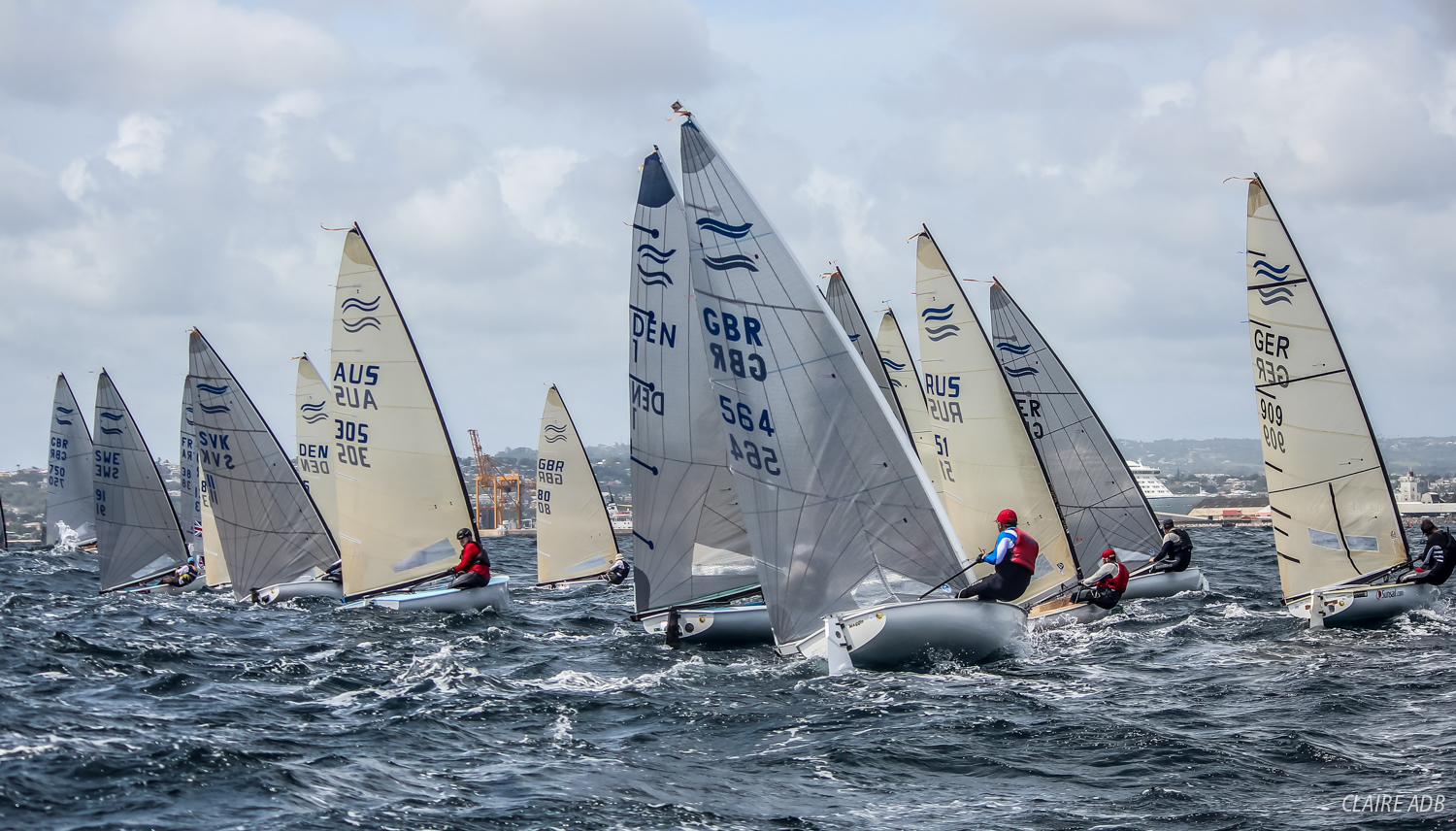 With less than a week until the 2018 Finn World Masters opens in El Balís, Spain, there are an impressive 352 entries from 32 countries – falling a few boats short of the record set in Torbole in 2016 – but a few late entries are expected, so it may yet pass the record of 355 boats.

Finn sailing is growing year-on-year and the Masters is no exception, with huge fleets across Europe and growing fleets elsewhere in the world. It is especially pleasing to see significant fleets from Australia, Brazil, Chile and North America making the effort to travel to this year’s event.

Largest nations are as usual are Germany and Holland, but with its largest turnout ever, the home nation, Spain, is fielding 24 entries, evidence of the amazing growth in the class here in the past few years.

Host club is the Club Nautic El Balís, located in a giant marina complex in the village of Sant Andreu de Llavaneres about 40 km north of Barcelona. They have taken the Finn Masters to heart and have made a huge effort and have huge plans to cater for 350 Finn sailors.

The Finn fleet is looking forward to a fantastic welcome and great organisation. In the 48 years of the event, it is only the second time it has been hosted in Spain, so this is long overdue, and it is looking like being a good one.

The club’s Finn fleet has been a key part in the growth in Finn sailing over the last few years in Spain with the Catalonia fleet growing from just a handful five years ago to more than 20 today. Catalonia was where the Spanish Finn fleet first began in the 1950s, so it is a poignant moment to bring the Masters to the region.

Age demographics are interesting this year with the youngest group, the Masters (40-49) being one of the smallest groups. The Grand Masters (50-59) at 141 entries and the Grand Grand Masters (60-69) at 97 entries shows that Finn sailing provides a sport for life, and that once hooked, Finn sailors find it hard to give up. It is certainly an addictive pastime.

We don’t quite know how to report that the upper age brackets have also attracted record-breaking entries with an astonishing 43 Legends (70-79) and five Super-Legends (80+). That’s 48 sailors over the age of 70. Truly amazing.

What of the form?
The defending champion is Vladimir Krutskikh, who was also the winner in 2015. He won in 2017 after a drama filled medal race in Barbados to overcome Rafa Trujillo, who is unable to sail the Masters this year because of his coaching commitments for the Australian Finn team.

Krutskikh is also the defending Masters category champion, and will be up against last year’s medal race finalists, Christoph Burger and Piet Eckert, as well as one of the finalists in 2015, Thierry Van Vierssen.

However perhaps the greatest interest will be in the Grand Grand Masters category where two former Finn Gold Cup winners have entered this year for the first time. Joaquin Blanco Roca won the Europeans and the Finn Gold Cup in 1977 and went on to finish fourth at the 1984 Olympics.

Jose Luis Doreste won the Europeans in 1987 and the Finn Gold Cup and Olympic Gold in 1988. These two jumped back into the Finn last year and have been training hard for this championship. Also in contention could be the 2012 Grand Masters champion, and last year’s runner-up Rob Coutts. Last year’s winner, Marc Allain des Beauvais has yet to commit.

The extraordinary Henry Sprague will be fighting for his third Legend title. World champion back in 1974, he is often outspoken and often out the front of the fleet. He will have a lot of competition this year, especially if there are light winds.

Finn sailors may get old, but they do not get slow. Three-time Legend champion Howard Sellars is back, as well as two-time champion Richard Hart and the 2013 champion Friedrich Müller. Of the rest, well it often comes down to who finds that extra something to hike the extra mile.

The Legends normally get the biggest cheer at the prizegiving, but they are also an inspiration for every other Finn sailor. Who doesn’t want to be fit enough to keep sailing Finns into their seventies or their eighties?

And then there are the Super Legends, those for whom time means nothing. For the last two years the event only had one. This year there are five octogenarians mixing it on the race-course with Finn sailors half their age.

Both previous winners are back, Pedro Jimenez-Meifren and Gerd Bohnsack, but the biggest challenge is likely to come from the oldest sailor in the fleet, Gus Miller, in a rare appearance at the Masters.

While the age categories provide some interest, everyone races in one fleet to provide an incredible festival of Finn sailing. This year the fleet will be split into four groups racing on two course areas, with random assignments each day.

The 2018 Finn World Masters begins on Friday 18 May with registration and measurement. A series of seven races is scheduled from Monday 21 May to Thursday 24 May with the final race and a medal race, on Friday 25 May.