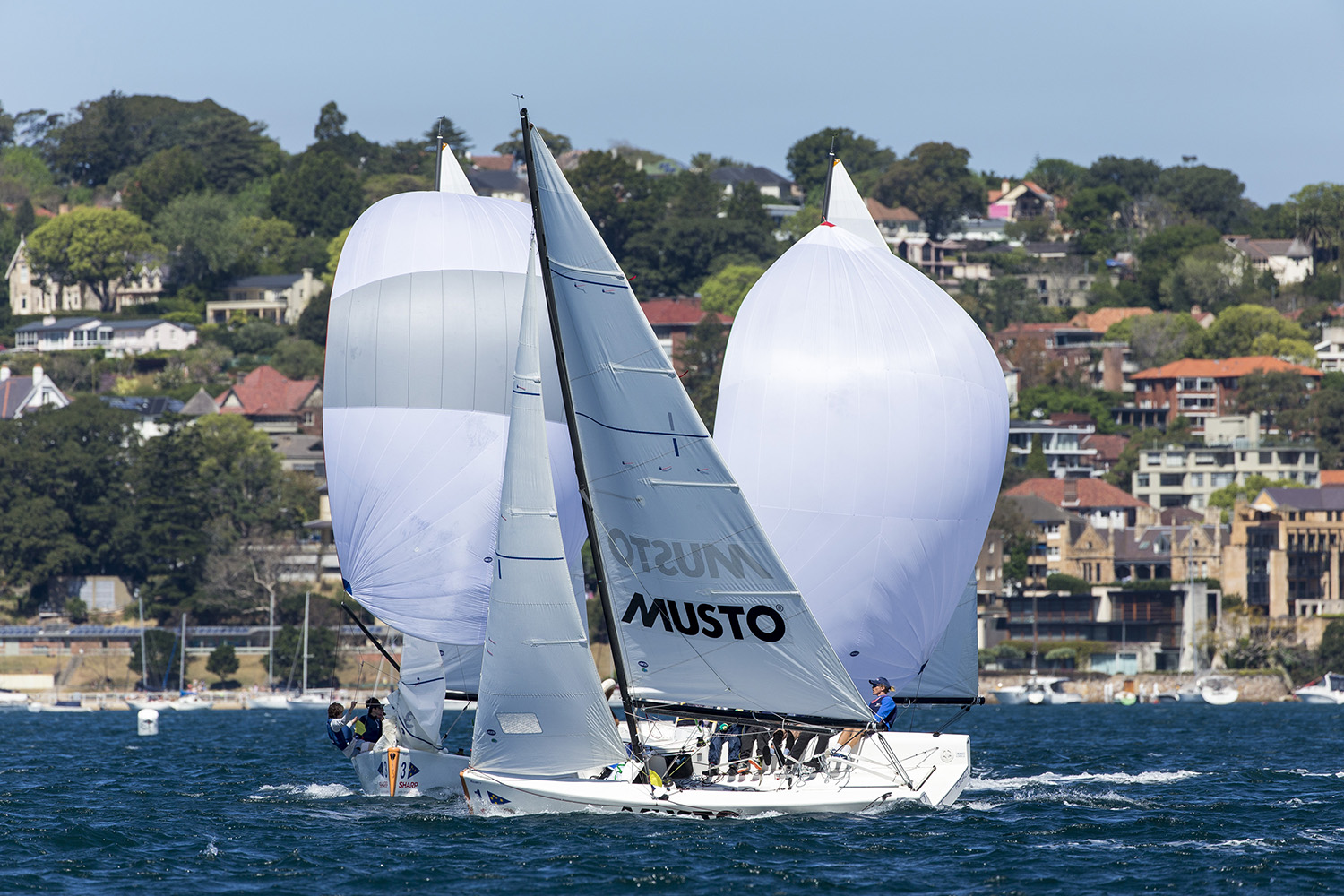 SYDNEY. The 2017 Sharp Australian Youth Match Racing Championship got underway today at the Cruising Yacht Club of Australia with eight of the nine flights in round robin one completed in a gusty and chilling south easterly breeze which eventually settled in around 1100hrs this morning.

With ten teams from five States represented at this year’s event, it was anyone’s guess at who might come out on top at the end of Day 1. With some very challenging conditions, no team managed to remain unshaved, although it was the host yacht club, the Cruising Yacht Club of Australia, who came away better than others with Tom Grimes, Dante Olivieri, Jess Grimes, Eric Sparkes and Emma Harrison coming back to the CYCA marina as ‘Boat of the Day’, having only lost one race to their fellow CYCA team of Finn Tapper, Paddy Dawson, India Howard, James Pagett and Lauren Gallaway who sit in second place.

“It was a good day on the water for us, we came out ahead in the majority of our races, although most were a lot closer than we hoped.” Commented Tom Grimes. “We have been racing pretty hard as a team over the past few months so it’s great to have it all come together today and hopefully we finish this regatta as we have started,” he continued.

Queensland currently lie in third place with James Hodgson having a long day on the water after snapping their mainsail halyard before Race 1. They managed to end the day 6-2, tied with Tapper. Clare Costanzo and her all-female crew currently lay in fourth place after an impressive opening day of 5 wins, 3 loses.

Thomas Steenson leads a heavily congested pack of teams currently chasing the Top 4 on a scorecard of 4-3 with three teams from the Northern Territory, Victoria and Tasmania on 3-4.

With the majority of Round Robin 1 completed of the double round robin qualifying series today, racing will resume once again tomorrow, Wednesday 27 September 2017 at 1000hrs in the vicinity of Rushcutters Bay.