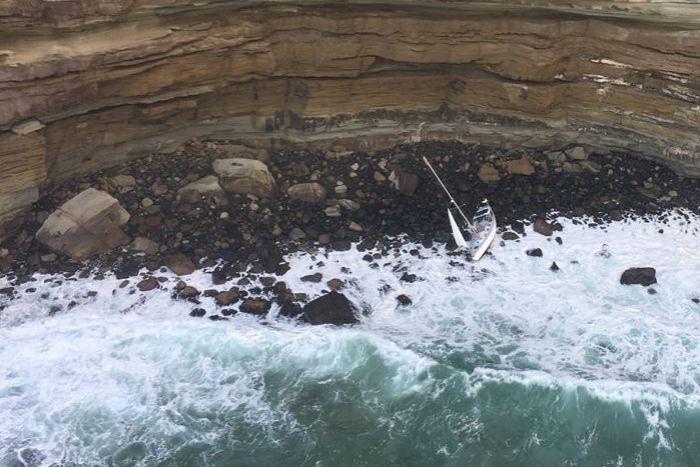 January 16, 2018. A 51-year-old woman and a 54-year-old man from Noumea were rescued by Tasmania Police with assistance of tender craft from the cruise ship Coral Discoverer after the couple's 12m yacht Claire de Lune ran on to rocks at the base of cliffs at Cape Raoul early on Monday morning.

About 4:30am police were advised that several mayday calls had been received via VHF marine radio from a vessel in distress. About the same time, the Australian Maritime Safety Authority (AMSA) rescue coordination centre in Canberra advised it had also detected an EPIRB activation on the western side of Cape Raoul.

The Coral Discoverer was at anchor in nearby Port Arthur and responded, with the Westpac Rescue Helicopter Tasmania joining the effort soon after.

Transport boats from the Coral Discoverer were launched, but the pair – who had left the vessel and were sheltering at the base of the cliffs – were winched to safety by the helicopter crew.

Police advised that neither person was injured.

“The incident highlights the benefit of carrying a registered EPIRB, having a working marine VHF radio and carrying all mandatory safety equipment when conducting boating activities,” Sergeant John Pratt said.