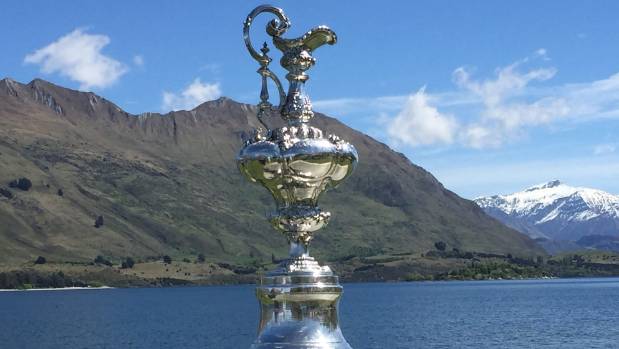 The power of the Americas Cup could lure a syndicate out of Norway to challenge in Auckland in 2021. Photo Stuff.co.nz

Norway is seriously considering an America's Cup challenge for Auckland 2021. It's new ground for a proud sailing nation but Christian Loken, 40, and Petter Morland Pedersen, 34, believe the land of vikings has the technology and expertise to have a decent crack at the Auld Mug.

The two Norwegian sailors have had international success with Pederson finishing fourth in the Star class at the 2012 London Olympics, and they have spent the last year investigating whether an America's Cup challenge is feasible.

Their conclusion is positive and they already have some investors backing them but are in search of more.

“We are giving it full gas. We will win the America's Cup with Norwegian technology and Norwegian heads,” Loken boldly told Norway's business newspaper Dagens Naeringsliv.

They claim Norway's marine technology puts them in a strong position.

“The actual sailing is only a small part of the project and it is not even certain that we will finally be in the boat when the initial competitions start in the autumn of 2019. Our goal is that this will be a showcase for the latest in Norwegian technology, research and maritime industries,” Pederson said.

When Emirates Team New Zealand announced the class rule around the new 75-foot foiling monohull, the fledging syndicate was even more excited.

“When we read it, and then how it would suit Norway, we almost felt we had a duty to set this up,” Loken said, believing budgets could be kept low and that innovation was a key.