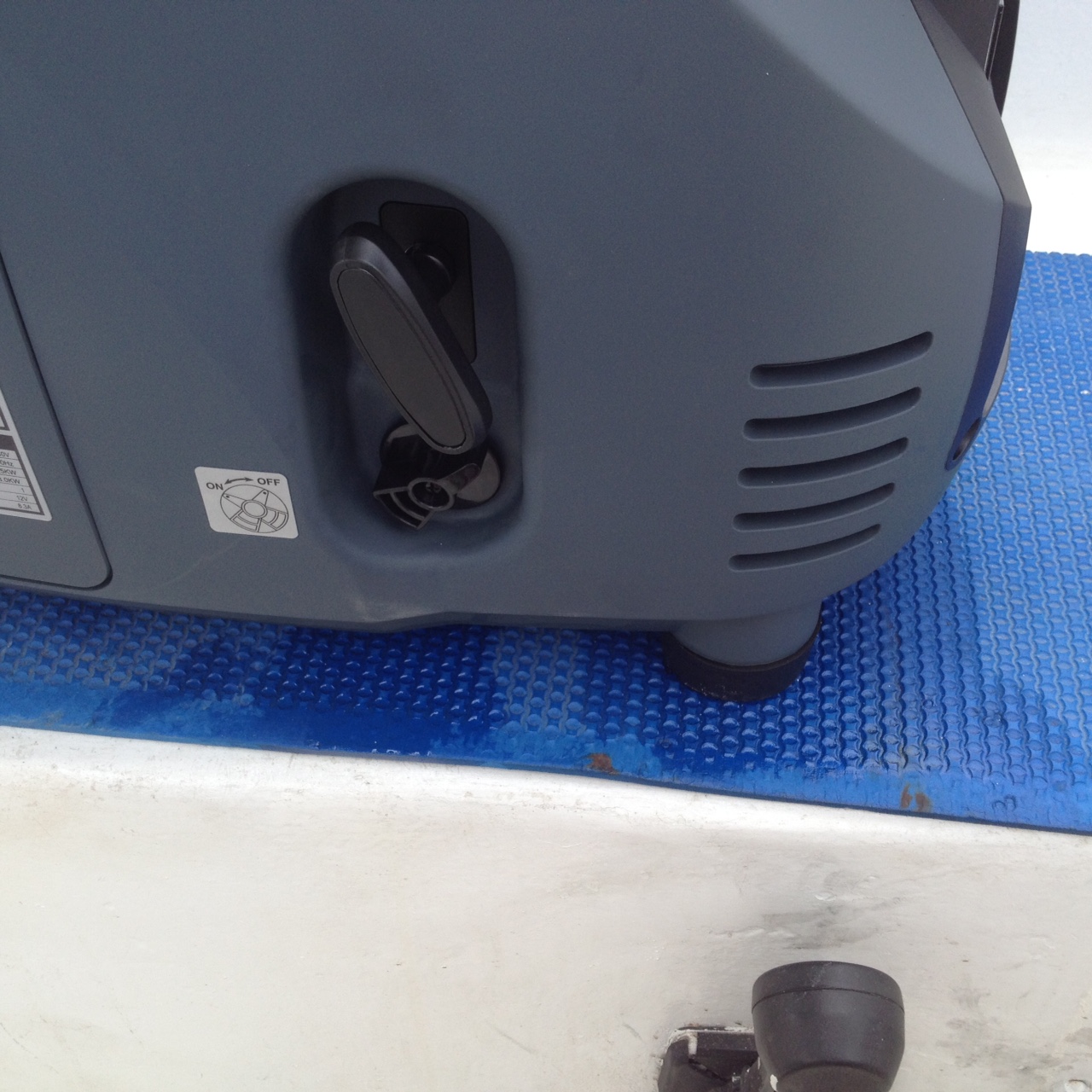 A contributor to Cruising Helmsman has sent us these worrying images.

He bought a brand new portable generator so he could do some maintenance on his yacht without having to rely on shore power. He prefers not to name the brand and, indeed, it is not really relevant.

Being of electrical-mind our correspondent started his machine on his back deck and let it run while checking it out to make sure that all was OK. It was.

He headed off down below and proceeded to do some work for about ten minutes. He finished, turned the machine off, saw everything was OK and continued doing other work not requiring power.

Wanting to finish up and vacuum up his mess, he restarted the machine and again worked for about ten minutes, head down, vacuuming his cabin floor. By chance he looked up through the companionway and was shocked to see petrol leaking out of his generator and spreading across his deck.

Immediately turning it off, he had no desire to open the casing to see what is wrong and risk a spark igniting the leak. Some of the above images clearly show the fuel leaking out of some of the air vents.

He wishes to stress that the company that sold him the generator have been awesome in responding to this incident. He only wishes to remind people to take care and regularly check your generator whenever using such machines.