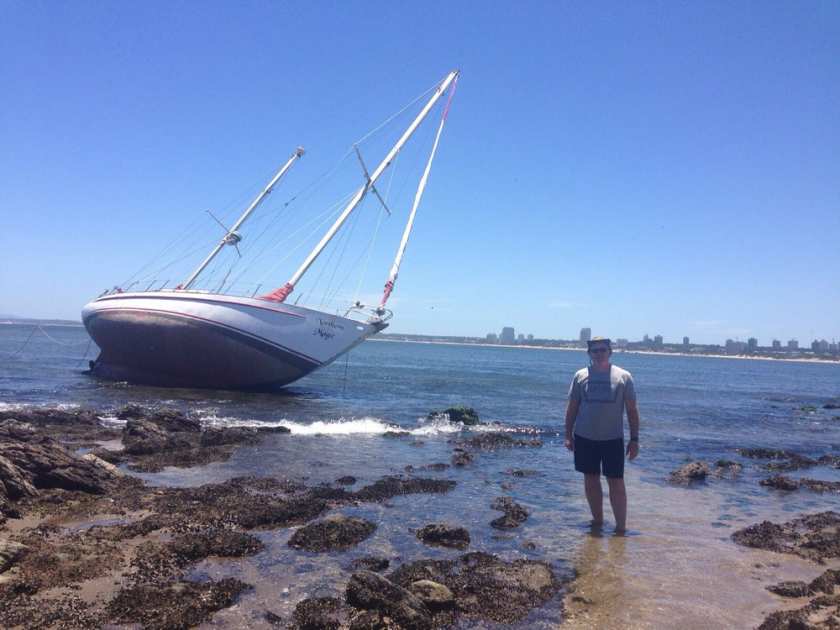 Northern Magic, the 42-foot steel, twin-masted sailboat that most famously carried Ottawa’s Stuemer family on a four-year, 65,000-kilometre circumnavigation of the globe, now lies grounded on Uruguay’s rocky coastline, only six metres or so from the shore, its U.S. flag in tatters, its owner nowhere in sight.

The boat was spotted almost a week ago by Roderick Clark, who is vacationing in Punta del Este in southern Uruguay, a six-hour drive from Pelotas, Brazil, where he lives and operates a bed-and-breakfast.

“I went for a walk on the beach last Tuesday,” he said, “and saw this boat beached on the rocks. She’s totally abandoned, tilting on her starboard side, her flag tattered and torn. She’s in a pretty sad state.”

Clark noted that he was last in the area in November, and the boat wasn’t there then, so it has spent, at most, about a month on the rocks. It appears to currently be moored on the rocks, but didn’t, he added, appear to be about to drift anywhere soon. “She’s stuck on the rocks. She’s not going anywhere.”

Clark said in an email Monday the Port Authority had told him the boat had lost its mooring lines during a storm and drifted onto the rocks. It was lying on its port side due to a puncture in the hull from a sharp rock, which resulted in the boat taking on water.

The owner was apparently waiting for a higher tide to float the boat and mend the damage.

Continue reading at The Citizen by clicking here.