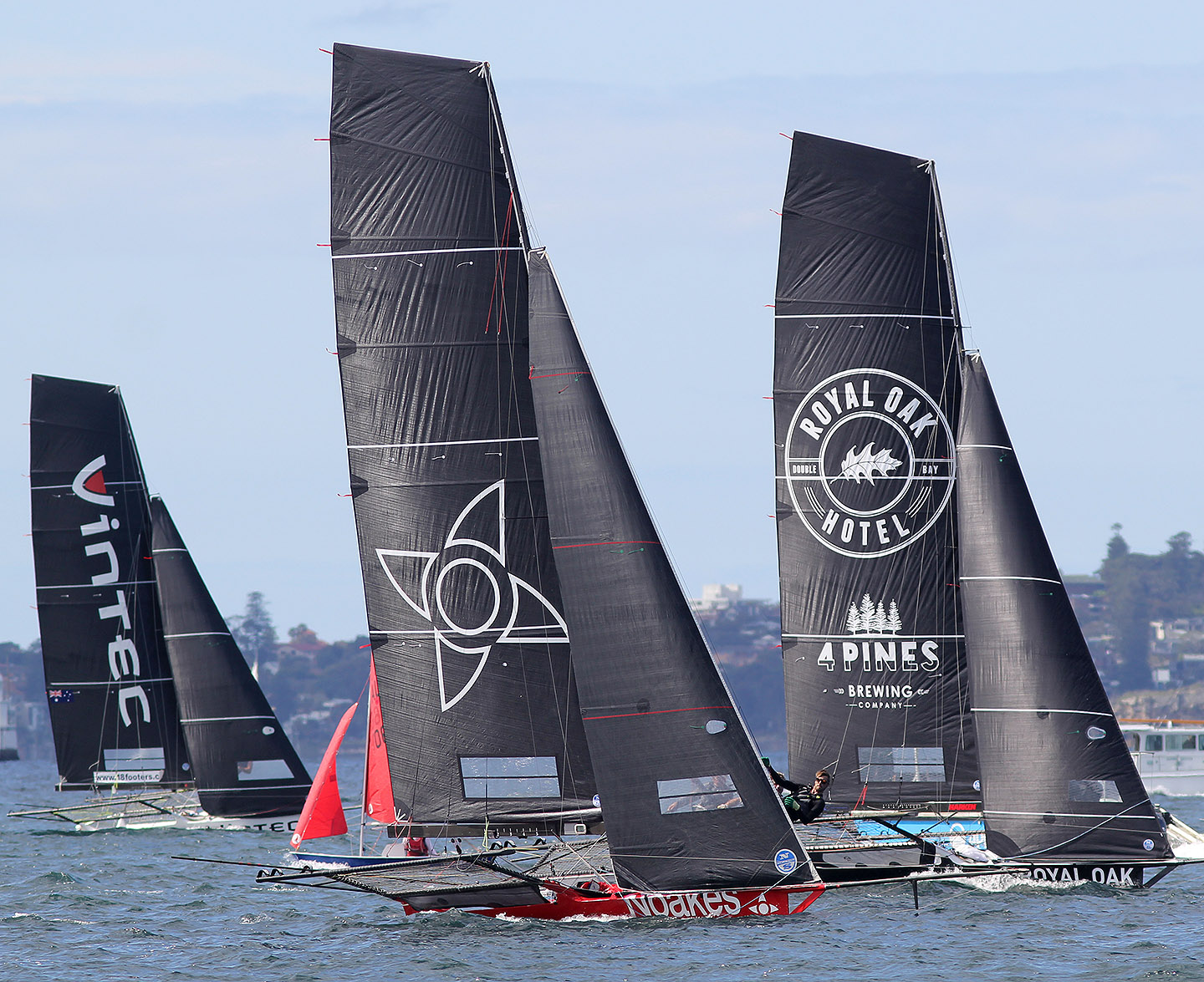 The Noakesailing team of Sean Langman, Ed Powys and Nathan Edwards had to come from behind over the final lap of the course to grab a narrow victory in Race 1 of the Australian 18 Footers League's Spring Championship on Sydney Harbour today. After trailing the race leader The Kitchen Maker-Caesarstone for most of the day, Noakesailing grabbed the lead at the final windward set of marks to score a 32 second victory.

The Easterly breeze fluctuated throughout the latter part of the race which produced a big change to many of the overall placings.

The Kitchen Maker-Caesarstone took the early lead at the first set of windward marks, with Vintec in second place, followed by Noakesailing, Apppliancesonline and Birkenhead Point Marina (Tom Anderson). The TKM-Caesarstone lead was 25s at the bottom mark, but over the next lap of the course the margin had increased to 1m15s as the fleet set off on the final lap of the course.

Despite their attempts to cover their challenger, The Kitchen Maker-Caesarstone team couldn't shake off the hard-charging Noakesailing team and were 20s plus the distance between the middle and back marker buoys as the pair headed for home on the run between Shark and Clark Islands. Only one boat-length separated the pair off Double Bay before the Noakesailing team finally took the honours.

With a number of new teams in the fleet and two more teams to join the competition in the coming weeks, the season the racing looks promising as the Australians prepare to mount a challenge to win back the Giltinan Championship Trophy.

The Australian 18 Footers League’s 2019-2020 Season continues next Sunday with Race 2 of the Spring Championship.

Spectators can get up close and personal with the teams in the rigging area, then follow the racing on board the spectator ferry, which leaves Double Bay Wharf, alongside the rigging area, each race day at 2pm.  Purchase tickets online at:

The club’s video team will also be out on Sydney Harbour to capture all the action. Everyone in the world can experience the live stream experience by going to 18FootersTV: https://www.18footers.com.au/18-footers-sailing/18-footers-tv/