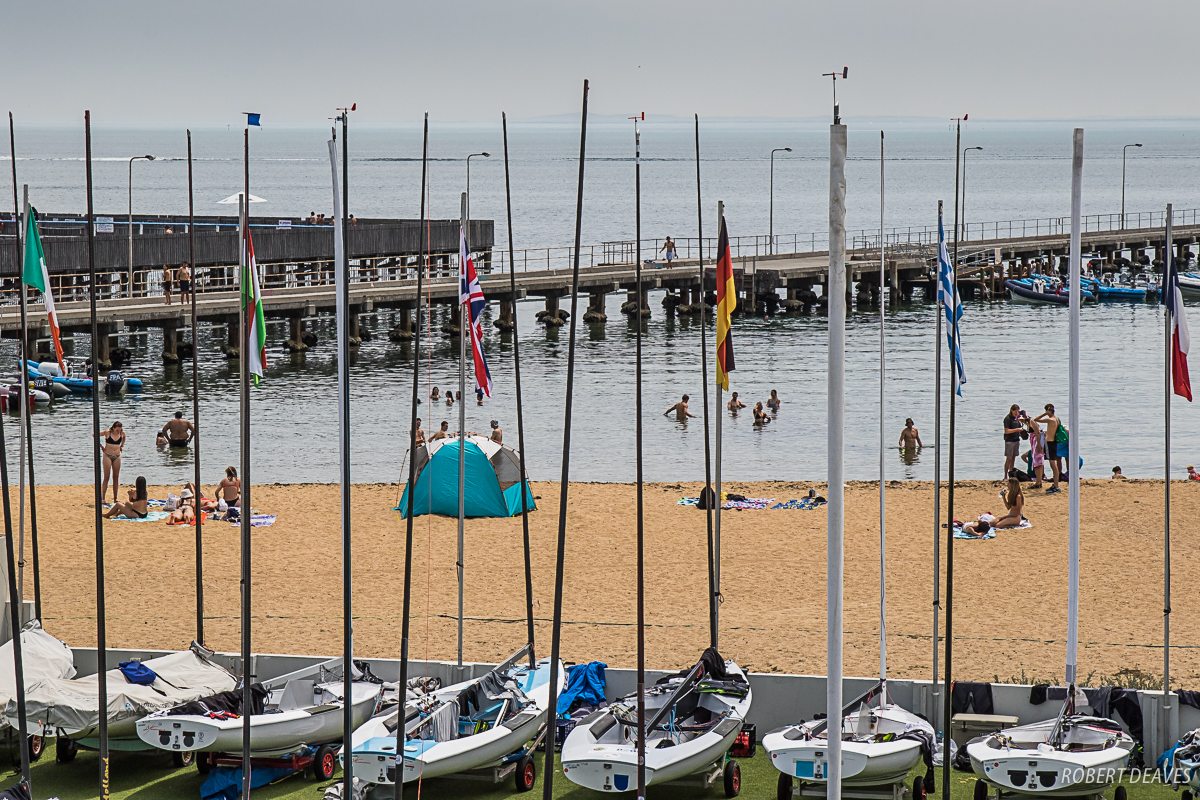 The temperature in Melbourne is getting almost as hot as the competition at the Finn Gold Cup, but the lack of wind on the third day meant all racing was cancelled mid-afternoon on Wednesday. Three races are now scheduled for Thursday.

New Zealand’s Josh Junior holds a 14-point lead after four races from Croatia’s Nenad Bugarin. Andy Maloney, from New Zealand, is one point behind Bugarin. A fleet of 60 Finns from 22 nations are competing to win the 2019 Finn world championship.

Melbourne turned on the heaters on Wednesday, reaching 40 degrees by the afternoon. There were successive postponements as the sailors sought shelter out of the heat in the great facilities of the Royal Brighton Yacht Club. Some found iced refreshments by the beach and some went swimming, but the wind did not come. At 15.00 AP over A was raised to abandon for the day.

Principal Race Officer, Mark Taylor said, “Faced with challenging forecast winds on a hot Melbourne day, pressure never eventuated, and the race committee was forced to cancel all racing for the day with little likelihood of any better conditions during normal sailing times this evening.”

On tomorrow, “The forecast is looking more positive and sufficiently positive to not bring forward the start time, but hopefully to get three races in a southerly breeze, currently forecast at 10-15 knots.”

The 10 race opening series continues until Friday, with the final race and medal race scheduled for Saturday 21 December.