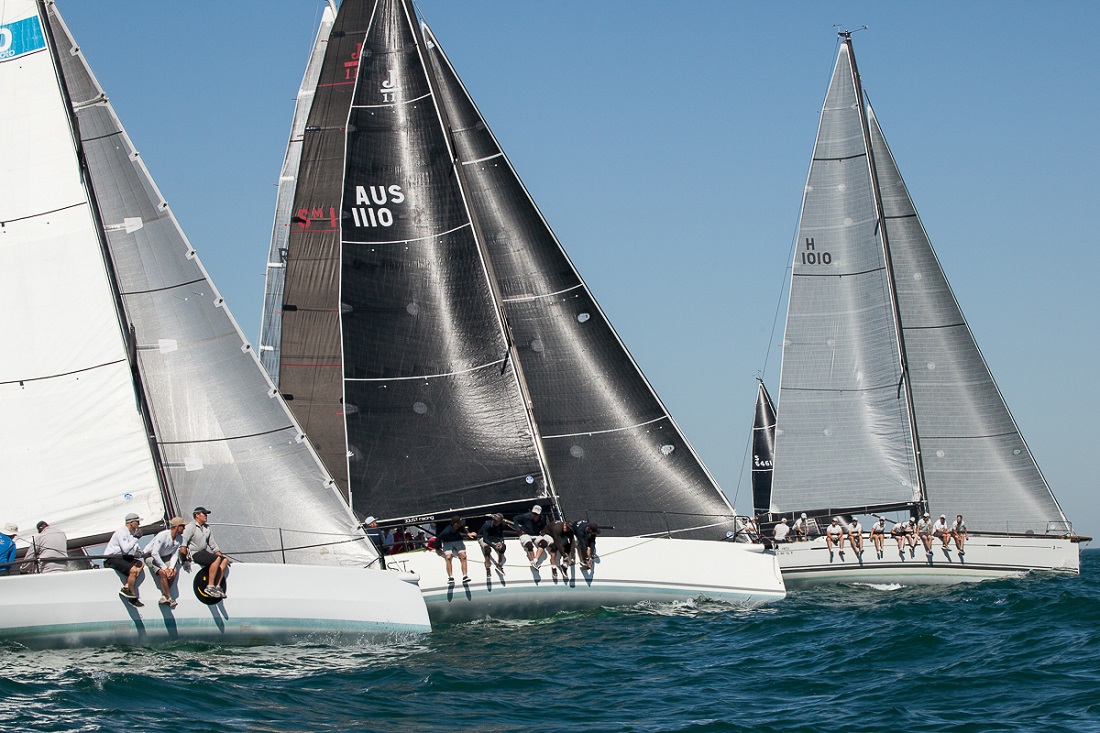 Entries for the Australian Yachting Championships, to be hosted by the Royal Yacht Club of Tasmania from 3-5 January 2020, continue to build, with last year’s three division winners on the ready to take on old foes and a host of the uninitiated.

Waiting on the dock in Hobart for his new purchase, Soozal, to finish the Rolex Sydney Hobart will be Keiran Mulcahy. The Sydneysider will welcome his crew into Hobart.

Soozal has enjoyed a successful racing career in the USA, and in her first major Australian outing, won Division 2 of the Sydney Short Ocean Racing Championship in November, which pleased Mulcahy no end.

“My other boat, Astral (the second Dufour36e into Australia), will also be waiting in Hobart and we’ll race together with Soozal at the Australian Yachting Championships,” says Mulcahy, who has also made the podium many times with Astral in regattas and races.

Mako is another 40 footer, whose crew are hoping to make their mark at the Championships. Rather unusually, it is owned by a syndicate of 10 from Newcastle, and is one of many that will have to finish the Sydney Hobart in order to make the start line of the Championships.

“It works out better having 10 in the partnership. You are more relaxed, as you get a one tenth say. It makes having an opinion easier,” one of her owners, Paul O’Rourke, explained.

Mako is the former ‘Pride. Built for the 1999 Admirals Cup, it formed part of the winning Dutch Team. “Our syndicate bought it in 2018 and have been racing it ever since,” O’Rourke said.

This is the first Australian Yachting Championships for Mako, a Sydney 40. It will be sailed by an all-Newcastle crew, barring one from Melbourne and Brendon Brown, an Australian living in Switzerland.

“Each owner takes a turn, as we obviously can’t all be there at the same time. We also open crew positions up to members of the Newcastle Cruising Yacht Club,” said O’Rourke, who is CEO of the Club.

“We’re looking forward to good fleet racing at the Championships, once the Sydney Hobart is behind us.”

Last year, the spoils were split between NSW, Victoria and Tasmania. This time around, there is interest from Western Australia, including Anthony Kirke’s Farr 40, Enterprise. In her maiden Sydney Hobart last year, Enterprise finished second in division, and is aiming higher for the 75th race and the Championships.

The Australian Yachting Championships began life as the Australian Offshore KeelboatChampionship in 2000 in Coffs Harbour. The inaugural IRC Australian Champion was Ray Roberts, who is entered again this year. Other past winners entered include Bob Steel (Melbourne in 2003) and reigning champion for the past two years, Matt Allen (Sydney in 2004).

Following a break in 2005 and 2006, the event was back with a new name and format, combining the results from four major regattas. It changed shape again to keep pace with the times, and in 2012 became a single event. It is open to IRC Division 1, Division 2 and Division 3 boats; based on length, hull factor and age of the boat.

For all information including Notice of Race, please visit: www.yachtingchamps.org.au