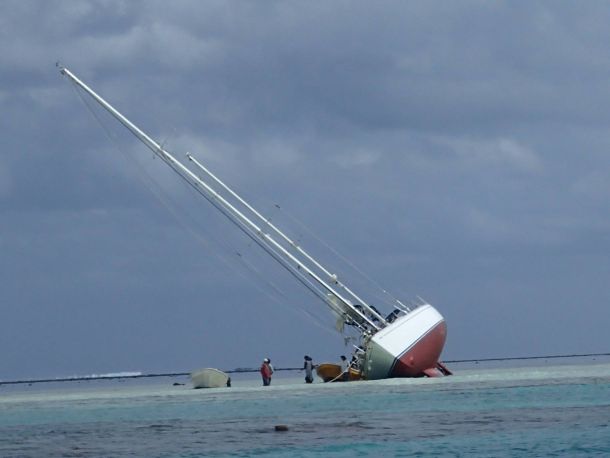 The Swan 57 on it's side on the reef off Musket Cove in Fiji. Photo Jack Hargraves.

Jack Hargraves, an Auckland-based yachtie who spends a lot of time in Fiji, has posted on Facebook the story of an old Swan 57 that ran aground on a reef near Musket Cove. Apparently the owner was sailing single-handed, coming in from Suva, when he hit the reef at 1am on August 26.

There was an immediate and unsuccessful attempt to refloat the yacht. The first suggestion was to try to pull her to the ocean side of the reef, a distance of about 400 metres. In his FB post, Jack was not keen on this idea as it involved a long distance and any lines were likely to snag on the reef. He was proved right. 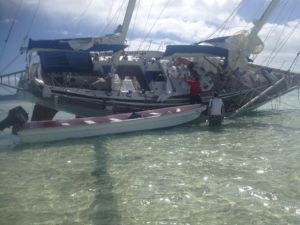 Strong winds were hampering the salvage attempts and the owner was in a bad way, both mentally and physically. To add to the woes it was discovered there was bad delamination on the starboard side. So the plan was to flip her onto her port side so the starboard damage could be fixed, but airbags were not immediately available. Three longboats full of gear, all soaked in salt water and diesel, were brought ashore. 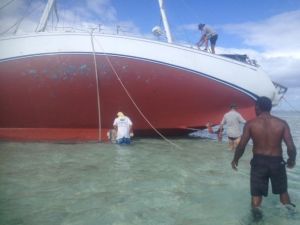 By this stage the job of salvage was passed to professionals, which as Jack commented, makes it expensive. We will keep you updated with progress. 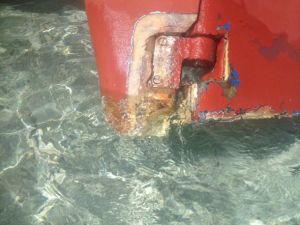